ICYMI: Our Channel News Roundup for the Week of July 18th 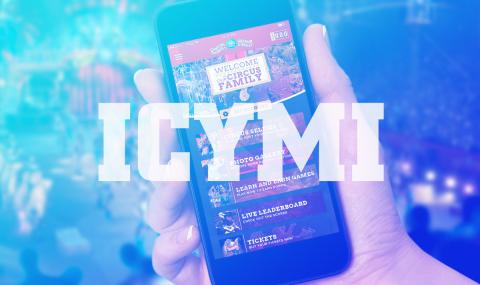 A wave of mostly upbeat earnings reports, another flurry of new products, and a high-tech distraction from the Greatest Show on Earth are all among the stories you may not have heard about this week. By Rich Freeman
Tweet

Mmm, lemonade. Nothing says cool summertime refreshment quite like a glass of America’s favorite citrusy thirst-quencher. Why not pour yourself a tall tumbler full right now? Find yourself a hammock too, and put your feet up. Before long, if things go the way we’re hoping, you’ll be so relaxed you simply won’t have the energy to chew us out about not reporting yet another giant pile of tech industry news.

Not into lemonade, you say? Fine, I guess we’ll just have to belatedly run you through everything we should have told you about days ago.

Easy come, easy go, but mostly easy come. Earnings season is back, which means we received a steady stream of financial reports from techdom’s biggest names this week. And what did they tell us about the state of play in the IT industry? Mostly that spending is pretty strong and flowing briskly toward exactly the trendy markets you’d expect. For example:

And then there was Intel. Alas, someone had to publish disappointing numbers and it turned out to be Intel. In a quarter that saw Qualcomm experience nine percent revenue growth and 24 percent net income growth and AMD post its first revenue gains since 2014, Intel on Wednesday reported a mere five percent uptick in data center chip revenues. Which as disappointments go isn’t exactly hefty, but is also nowhere close to the 15 percent sales gains the company is promising for the current year. Investors somewhat predictably drove Intel’s share price down 3.98 percent the next day.

More tasty treats from Mr. Softee. No, not that Mr. Softee. We’re talking about the folks at Microsoft, who seem to be churning out non-trivial new offerings at an accelerated rate lately. This week they introduced a new video management and sharing service called Stream that will ultimately replace Office 365 Video, a new appointment schedule tool called Microsoft Bookings, a big ol’ batch of new security capabilities for Azure, and a new cloud-based tool for monitoring the health and performance of on-prem Windows Server domain controllers.

More? You want more new product announcements? Well, how about these news items:

And when you’re done digesting all of that…Here’s some more vendor news for you to chew on:

GOPunked. Speaking of politics, recent AVG purchaser Avast revealed on Tuesday that over 1,200 attendees of this week’s Republican National Convention in Cleveland logged onto phony Wi-Fi networks set up by its researchers with names like “I vote Trump! free Internet” and “I vote Hillary! free Internet”. Worse yet, 68.3 percent of those users exposed their identities in the process—a potentially even greater concern for the 0.24 percent who accessed pornography while connected to one of the bogus networks. But please, Democrats, no gloating.

Because why should anyplace be free of apps these days? Hey, kids! If you’re planning a visit to the Ringling Bros. and Barnum & Bailey Circus this year get ready for acrobats, clowns, and selfies, selfies, selfies. That’s right, in connection with an effort to reinvent itself for the era of ubiquitous smartphones and bottomless social media, the world’s most famous circus has created a new mobile app that lets you take and share photos of yourself wearing a virtual clown nose or ringmaster outfit. Better yet, the system can notify parents in real time when something really amazing is about to occur on stage, so they can have a camera pointed at their child’s astonished face at the big moment.

Not that everything about the Greatest Show on Earth has been techified, though. Visitors can still look forward to seeing lions, tigers, horses, goats, pigs, lamas, donkeys, kangaroos, and loads and loads of poop.