ICYMI: Our Channel News Roundup for the Week of July 17th 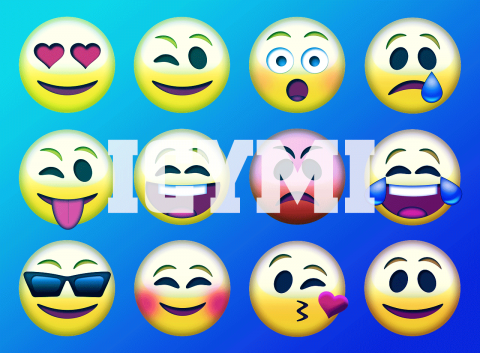 Yet another alliance involving a virtualization vendor and public cloud operator, a $79 AI compute stick from Intel, and a global tribute to those irritating little icons we all somehow can’t live without are among the stories we didn’t tell you about last week. By Rich Freeman
Tweet

Feeling a little newsed out after all the announcements made during Microsoft’s recent Inspire partner conference? We were, and it seems the tech industry as a whole was too, because it didn’t provide us quite as many stories as usual to not write about last week. But it did get a few items of note out there, and in our habitual spirit of better late than never, we’ll belatedly take you through them all now.

Whip out your scorecard. Because it’s time to make another addition to the ever-expanding list of alliances involving leading virtualization vendors and top-tier public cloud operators. First came Citrix and Microsoft last May, followed by VMware and Amazon Web Services in October. Just two months ago, meanwhile, VMware linked arms with Google and then Microsoft. And now, as of last week, Citrix and Google are BFFs as well. We think the only major permutation missing now is Citrix and AWS, but haven’t graphed everything out yet to be sure.

Big smarts, small package. IBM had shrunk Watson, the artificial intelligence platform powerful enough to outsmart an entire team of Japanese oncologists, to the size of “three stacked pizza boxes” as of 2014, so we probably shouldn’t have been surprised to discover last week that Intel has created an AI “accelerator” the size of a USB memory stick.

But we were. Developed by Movidius, the computer vision and deep learning vendor that Intel snapped up last September, the new Movidius Neural Compute Stick packs 100 gigaflops of fully self-contained neural networking power into a device that fits comfortably in your pocket and sells for a mere $79. Just plug it into any server or PC with a USB port and you’re ready to start intelligently interpreting real-world data wherever you happen to be.

And to think: someday relatively soon this thing is going to look big and clunky next to its even smaller, more powerful successors.

Other vendors made some product news last week too. For instance:

Shipping products isn’t the only way vendors keep busy though. Why, just in the last week alone we saw:

Emoji uber alles. So how did you celebrate World Emoji Day? We’re taking it as a given that you celebrated, or would have if you were aware that last Monday, July 17th, was World Emoji Day (the date visible on Apple’s “calendar” emoji). It’s an easy assumption to make, too, given how ubiquitously people use the little icons. Take a peek here to see, in real time, how quickly they’re flying across Twitter alone.

That emoji in the top left corner, by the way, represents “tears of joy,” and accounts for 15.4 percent of all emoji usage, according to a late 2016 study by the University of Michigan and Peking University, making it by far the most popular of the 2,666 official emojis in the Unicode Standard. On the other hand, you can’t use it order pizza.

But we digress. If you’re wondering how other folks celebrated World Emoji Day, we can tell you that the people behind the World Emoji Awards, whoever they are, named “person facepalming” the best new emoji of the year, while Apple previewed the brand new emojis it will include in the next editions on iOS and MacOS, which include “breastfeeding”…

Partnering Up
Is CompTIA Linux+ Worth It?
END_OF_DOCUMENT_TOKEN_TO_BE_REPLACED

Jabra PanaCast Review - Get Your Huddle On
END_OF_DOCUMENT_TOKEN_TO_BE_REPLACED