ICYMI: Our Channel News Roundup for the Week of July 16th 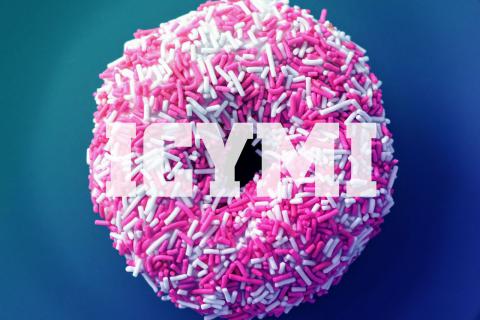 A big pile of security news, new bare metal instances from Amazon Web Services, and the latest scapegoat for your weight gain (hint: it's not your fault. It's your job) are among the stories we've finally gotten around to covering. By James E. Gaskin
Tweet

Feel the heat? That’s what we get when we turn the corner from the Fourth of July into the steaming stretch of summer until the next holiday in September, Labor Day. In the south, the weather became so broiling that Texas is now officially designated as North Hades.

Protect yourselves by strolling the air-conditioned aisles of YACC (Yet Another Computer Conference) or maybe hide in a movie theater and watch a funny superhero movie. Then get a cool beverage and catch up on some newsbits. 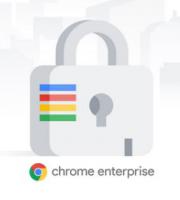 Big news from Google and Amazon. Do you support many “cloud workers” in the Google tech o’sphere? If so, new Chrome Enterprise products should catch your eye. Goodies include additional password protection for corporate accounts, including a password alert policy that works on Google and non-Google accounts.

Among the things Googlers may log into are Kubernetes applications. Now they can run in clusters running on Google Cloud Platform. Oodles of security and reliability promised, and available now.

If you lean more Amazonian, enjoy the Amazon EC2 Instance Update. More compute-intensive with an all-core Turbo Boost to help with relational databases and other high-performance computing projects. More treats include a bunch of new bare metal instances.

Speaking of metal, industrial users of PCs on the factory floor will enjoy the new AWS Snowball Edge devices. Ruggedized and with up to 100TB of local storage, they help factory management collect and process data in hostile environments before shipping that data up to AWS for storage and more processing.

Webroot teamed up with BrightGauge to integrate the former’s security solutions with the latter’s business intelligence platform for MSPs. Customizable dashboards and more security reports await in the now-available team up.

McAfee now has its McAfee ePolicy Orchestrator on AWS.

Flashpoint (business risk intelligence) says hello to its new Threat Response & Readiness Subscription. Sounds like a magazine, but it’s really a planning and preparedness service to protect against ransomware and similar threats.

Alert Logic (Security-as-a-Service) used the AWS Summit in New York to release its intrusion detection system for containers. Most AWS container tools are covered, with other cloud service support in the works.

CrowdStrike (cloud-delivered endpoint protection) pulled the curtain on its Falcon Discover for AWS. 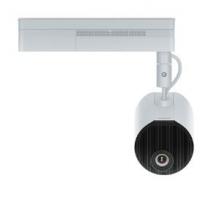 Speaking of products . . . Epson (lots of imaging things) started shipping its new LightScene EV-100 (pictured) and LightScene EV-105 laser projectors. EV-100 is white and EV-105 is black, so you can match the background or stand out.

Brother (printers and scanners and more) aims to make printing less of a hassle for consumers and small businesses. Its new line of INKvestment Tank Inkjet printers provides up to one year of ink-in-a-box. Or get the INKvestment Tank XL Extended Print model for two years of ignoring ink levels while happily printing.

SolarWinds (IT management) enhanced its Orion Platform with SolarWinds Log Manager for Orion. Make the software read the log files instead of punishing the new tech on staff.

ManageEngine (IT management) extended its SIEM log-reading tool to the cloud with its new Log360 Cloud. Based on Zoho’s secure cloud platform.

Ruckus Networks (an ARRIS company) hoisted up its new Ruckus R730, an IoT and LTE-ready 802.11ax wireless access point. The R370 has 12 spatial streams and is designed for high density user environments.

LiveAction (IT network management etc.) now offers the LiveNX Server Appliance, the first dedicated-hardware appliance for the LiveNX platform. Up to one million flows per second. 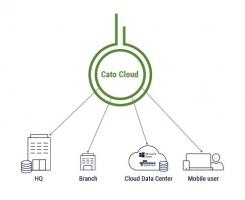 Aryaka (SD-WAN) expanded its worldwide network with a new Point of Presence in Toronto.

Cato Networks (SD-WAN as a service) added new goodies to the Cato Cloud, including an identity-aware routing engine.

DH2i (disaster recovery and more) added new partners to its Technology Partnership Program. Its spreading the word about DxEnterprise operating in more environments.

LogicMonitor (SaaS-based monitoring) conducted the State of IT Service Delivery Survey. Next-generation technologies (NGT, as in new stuff) loom large in the survey results. 60 percent of respondents believe NGTs like cloud-to-the-edge and data processing at the edge will improve IT efficiency. The same percentage say the subscription economy will impact their IT service strategy. Almost as many (56 percent) look for artificial intelligence to have a major impact as well. Not surprisingly, 82 percent want monitoring to include context-rich alerts and 77 percent want those alerts to sync with the configuration management database. 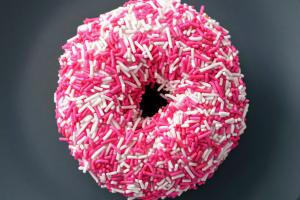 Let’s blame the job! CareerBuilder ordered a nationwide survey by The Harris Poll this spring of over 1,100 full-time workers across the U.S. About what? Whether you think your job makes you fat.

Yes, working leads to weight gain. Or, just perhaps, workers want to blame something else, anything else, for their gradual body expansion. 53 percent of respondents, for example, said that sitting at a desk makes them pudgier, 49 percent said they’re too exhausted from work to exercise, and 41 percent said job stress drives them to over-gobble.

Our favorite? 13 percent blamed “workplace celebrations” for their weight gain. How many office cakes do these people get during a week? And can we come to some of those parties?

Maybe Sillycon Valley will jump on this. New mission statements: Don’t Be Evil, and Eat Less, Walk More. Of course, 63 percent of workers in the western U.S. say they exercise on a regular basis, more than anywhere else. But 63 percent also admit to eating at their workstations, often after visits to the vending machines. Can 63 percent really do both?

Spread the word: work is to blame for everything. Your significant other bailed? Work’s fault. Dog ran off? Stress from the job. Add a pickup truck and you’ll have a modern country song.

Jabra PanaCast Review - Get Your Huddle On
END_OF_DOCUMENT_TOKEN_TO_BE_REPLACED