ICYMI: Our Channel News Roundup for the Week of July 12th 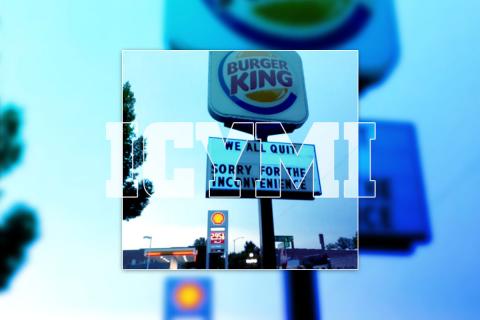 New goodies from Microsoft, Bitdefender, Salesforce, Infrascale, and others are among the many stories we meant to tell you about earlier, but didn’t. By James E. Gaskin
Tweet

Sports fans dread the gap between the NBA Playoffs and the beginning of NFL games. This year, the gap is narrower than usual, because the NBA’s final playoff game is scheduled for July 22nd. The NFL’s first preseason game this year is August 5th, exactly two weeks later. Meaning? No gap in coverage, just like there are no gaps in these fun newsbits. 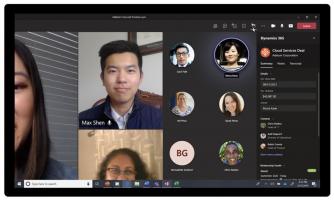 Inspiring news from Microsoft. Microsoft’s Inspire partner conference generated a bushel basket of news, much of it cloud-oriented. In addition to the new Windows 365, check out the collaborative apps with Dynamics 365 + Microsoft Teams and the Microsoft Viva Partners Ecosystem full of handy integrations with handy apps.

Speaking of Windows 365, ThinPrint’s ezeep cloud printing solution will support it on day one.

Microsoft partner NetApp has Windows 365 covered too with the new NetApp’s Spot PC, built on NetApp’s enterprise infrastructure with security and more.

Speaking of security and more, Microsoft will acquire RiskIQ, a threat intelligence service with attack surface management. Terms were not disclosed. 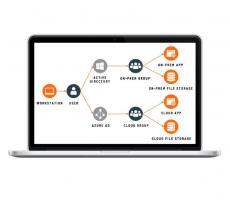 IDEntitleX is the new cloud infrastructure entitlement management (CIEM) app (pictured, sort of) from Attivo Networks, designed to reduce attack surfaces for identities and entitlements in the cloud. This folds nicely into Attivo’s expanded identity detection and response portfolio.

Do customers have backup gaps? Always. Help them out with one of the appliances from the new Infrascale Backup & Disaster recovery family. Choose from among five refreshed and new appliances for on-premises deployment , from 4 TB desktop to SSD storage up to 60 TB.

Illumio’s zero-trust segmentation platform is now even zero-trustier thanks to the addition of automated enforcement, enhanced visibility, and segmentation at scale.

Strap on your armor and join the new Cybereason Defenders League, a global partner community. Three tiers (Premier, Elite, and Select) with a variety of paths for channel pros of all stripes. 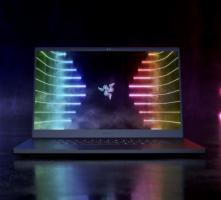 Other product news. The 6,000+ apps and consultant listings on Salesforce can be overwhelming. Check out the new Salesforce AppExchange Chat and Trusted Reviews to separate wheat from chaff.

Tell your employees about the new Qualtrics Experience Design for Hybrid Work and Workplaces for employee feedback to make your world better.

If you’re excited about Imaging Solution as a Service (ISaaS) on the public cloud, peep at the new Fujitsu EdgeXperience Capture Service, built on its secure PaperStream NX Manager-Cloud. 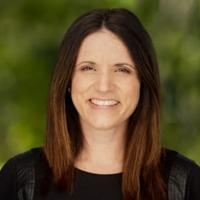 Roll the carpet of redness at Egnyte for Stan Hansen, chief revenue officer.

TBI added Chris Holloway as director of channel sales for the South-Central U.S., and promoted John Rozinsky to director of sales for the Midwest and Western U.S. territories. Bruce Ware joined as channel manager for South Texas.

Mitel continues its “partner-first” approach with two new cloud-centric programs, Mitel Amplify and Velocity. Amplify is for the “Agent Advisor” community, and Velocity rewards the cloud expertise of partners in the MiCloud Connect Partner Managed model.

How to Reduce the Risk of Phishing and Ransomware, a study from Osterman Research commissioned by Trend Micro, interviewed 130 cybersecurity pros in medium and large organizations. 50% rated themselves ineffective overall at tackling phishing and ransomware, while 72% feel they can’t prevent attacks on corporate networks through home infrastructure vectors. Only 37% believe they were highly effective at following 11 of the 17 key best practices. 84% have experienced at least one security incident. Business email compromise attacks hit 53%, phishing that resulted in malware infection caught 49%, and 47% had accounts compromised. Most concerning security issues? Phishing attempts in user inboxes haunt 65%, same as the percentage worried about users clicking on phishing links or opening unknown attachments, and 61% feared data theft via ransomware actors.

The 2021 Ransomware Victims Report from Cloudian paints a bleak picture for security pros working on anti-phishing projects, since 65% of phishing victim companies had conducted training to stop phishing success. 200 IT domestic decision makers who had experienced a ransomware attack in the last two years responded. Phishing was the path for ransomware in 24% of attacks and succeeded despite 54% of all respondents and 65% of those that reported it as the entry report had given users training prior to the successful attack. Other defenses bypassed included data encryption for data at rest (53%), perimeter defenses like anti-malware (49%), data encryption in flight (44%), and internal access controls (43%). Average ransom payment was $223,000, but 14% paid more than $500,000. Other costs after the attacks averaged $183,000, and cyber insurance covered only about 60% of payments and associated costs. Dire warning: of those who paid the ransom, only 57% got all their data back. 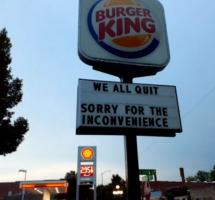 Take this job and…Hard to believe a Burger King in Lincoln, Neb., made international news, but that’s what happens when the sign out front says, “We all quit. Sorry for the inconvenience.“

The A/C was broken in the kitchen, sending temperatures inside into the 90s, and the former manager said she wound up in the hospital for dehydration. Burger King corporate released a statement saying the franchisee is looking into the situation and promised it won’t happen in the future.

Six hours later, the sign changed to, “Now hiring. Flexible schedules.” No word if the A/C was fixed by then.