ICYMI: Our Channel News Roundup for the Week of July 11th 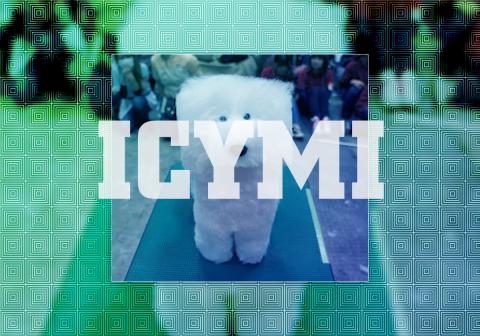 A few last tidbits from Microsoft, a bunch of news items from Cisco, and the born-in-Asia fads that make Pokemon GO mania look downright boring are all among the stories you may not have heard about this week. By Rich Freeman
Tweet

Hey, we’re not looking for sympathy here or anything. I mean, sure, we wore our fingers down to bleeding little nubs this week keeping you up to speed on Microsoft’s Worldwide Partner Conference. But it’s not as if we’re whining about it or anything in a pathetic attempt to gain your forgiveness for all the other stuff we didn’t write about.

No, wait, that’s exactly what we’re doing. And since you seem to be the unforgiving type, I guess we’ll just have to cover those stories for you now.

Actually, maybe you’re right to be so cold-hearted. Truth be told, we didn’t even manage to cover all of this week’s Microsoft news. In addition to the WPC keynotes we wrote about each day and the related vendor product launches and alliances we outlined for you, there were also announcements concerning:

It gets worse though. We hardly breathed a word about another, equally enormous conference all week. That would be the Cisco Live event in Las Vegas, where Cisco introduced the world to new security solutions for protecting roaming users, detecting suspicious network activity at branch sites, and orchestrating multiple security resources, among other things; a software-defined networking framework called Cisco Digital Network Architecture (DNA) that utilizes several of those newly-announced security solutions; and new resources aimed at getting Cisco certified engineers, developers, and partners DNA-ready.

Some of Cisco’s buddies in the vendor community got in on the launching-new-stuff act too. For example:

Swing and a miss. Back on Monday we predicted that Amazon Web Services would make lots of product waves this week too at its summit event in Santa Clara, Calif. Not so much. All we got out of the public cloud kingpin were small-fry announcements concerning database migration and schema conversion, plus the slightly more interesting addition of a new identity and access management role to the EC2 Container Service.

Don’t forget the rest of the vendor world, though. Because plenty of other companies brought goodies our way recently. For instance:

Had it with the product news by this point? Us too. Let’s talk about some other vendor developments instead, such as:

Pokemon GO? Pfft, big deal. Now that Niantic’s augmented reality game has putatively intelligent people walking off cliffs and into ponds, are other, really nutty born-in-Asia crazes poised to catch fire around the globe? Only if reason and good sense collapse so completely that people start humiliating their dogs with block-like haircuts, embossing their tights with trompe l’oeil painted toenails, or tucking into “salad cakes” in large numbers.

Meanwhile, you health food fans out there are already apparently participating in a hot Asian trend, judging by the sales numbers for Amazon Prime Day this week, which revealed that the top selling item in Japan (excluding Amazon devices) wasn’t a gadget, like the Bluetooth electric toothbrush that U.K. shoppers went for or the pressure cooker that was a hit in here in the States, but an 800 gram bag of fruity granola. We know better than to waste your time or ours trying to figure out why.