ICYMI: Our Channel News Roundup for the Week of July 10th 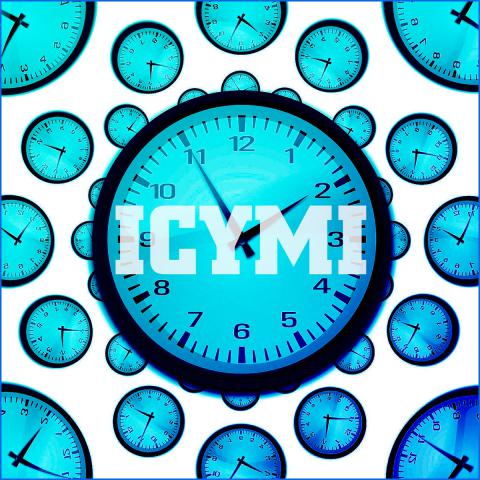 Pretty much anything that didn’t happen at Microsoft’s partner conference plus some statistical verification that Americans really do spend their time all day the way clichés say they do were among the many stories we didn’t get to last week. By Rich Freeman
Tweet

Myopia (noun, my-o-pia, \mī-ˈō-pē-ə\): Nearsightedness, narrowness of vision. Also defines the condition that follows when Microsoft hosts a global partner conference that ChannelPro covers morning, noon, and night, leaving no time or energy for pretty much anything else happening in the industry.

And unfortunately for us, there was other stuff happening in the industry last week. Plenty of it, in fact. Let us show you what we mean.

“A Truly Big Day.” That would be last Tuesday, according to Intel, which launched what it called its “highest-performance, most versatile data center platform ever” that day. Officially known as the Intel Xeon Scalable family, the new chips boast up to 28 cores, are flexible enough to handle compute, storage, and communications workloads alike, and probably aren’t headed to any server you or your customers will be buying any time soon.

That’s because these new processors (which support up to 4.2x more virtual machines apiece than prior-generation equivalents and let storage arrays provide up to 5x more IOPS, by the way) are intended for companies with giant rooms full of servers, like public cloud operators and telco providers, not you or your SMB clients.

Still, they will have some impact on your world. Software- and infrastructure-as-a-service solutions powered by Xeon Scalable-equipped hardware from companies like IBM and Supermicro, both of which are early adopters, may have a little more spring in their step. According to Intel, in fact, Google Compute Platform customers have experienced up to 40 percent better performance when running workloads on Xeon Scalable instances.

Ah, Microsoft. We just can’t quit you. Indeed, we’ve been writing about your Inspire partner conference all week long and still aren’t done, because we never got around to mentioning that you’ve recently shipped:

Meanwhile, though we wrote about the announcements Tech Data and Ingram Micro made at Inspire, we neglected to say anything about a bunch of news from other Microsoft partners, like the fact that:

And we still haven’t said a thing about the fact that CSP partners will soon have access to new Windows 10 subscriptions with use rights for running virtual Windows machines in Azure or third-party clouds, or the fact that Microsoft is spearheading a campaign to bring broadband connectivity to underserved parts of rural America leveraging a mix of satellites, unused UHF spectrum, private sector investments, and public sector funding.

And now, at long last, we’re done with Microsoft for the week. And Intel too, for that matter. Let’s take a look at everyone else’s product news:

And what about everyone else’s non-product news, you ask? Got you covered there too:

Just because they’re stereotypes doesn’t mean they’re untrue. We were trying to decide whether to spend some time telling you about the weirdest deals offered by Amazon on Prime Day last week, like this Bigfoot garden statue, or perhaps devote a little attention to China’s Kentucky Fried smartphone.

But then we came across this Washington Post story about how much time Americans spent playing games in 2016 (about 15 minutes a day), which in turn led us to the source of that article’s data, the Bureau of Labor Statistics’ American Time Use Survey. Next thing you know we were wallowing in a deep pool of numbers offering precise statistical confirmation of your most commonly held beliefs about American life:

We assume the BLS meant those last figures ironically, by the way. In what possible universe do cooking, cleaning, and laundry not constitute work?

Jolera Offers Managed XDR Solution to MSP Partners
Find Your Perfect IT Job: One Step at a Time
END_OF_DOCUMENT_TOKEN_TO_BE_REPLACED