ICYMI: Our Channel News Roundup for the Week of January 8th 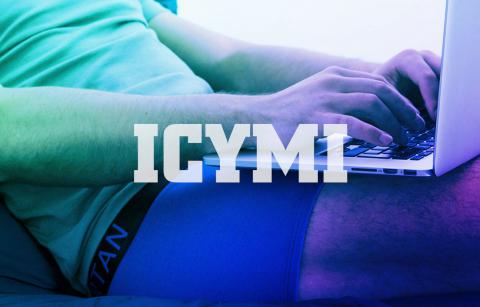 CES goodies from Dell, HP, Acer, ASUS, and more, a new CEO for SYNNEX, and radiation protection for your…um, never mind were among the stories we neglected to cover for you this week. By James E. Gaskin
Tweet

Ah, the frustrating joy of CES in Las Vegas. Can anyone fight through 200,000 other attendees and see every booth and every real or potential new product or upgrade in one week? Not until The Flash steps from comics to convention floor or screen to seafood buffet.

Single most valued tchotchke from CES this year? Mini flashlights for when the power goes out while juicing the biggest pile of electronic products in one place at one time in every year. Let’s dive into that pile now.

Computers, monitors, phones, tablets, etc. Dell starts us off with a “suite of elegant new products and software,” although the term “elegant” in Las Vegas can have interesting definitions. In this case, however, we’re talking about the latest XPS 13 (pictured), a CES 2018 Innovation Award nominee. There were also new 4K HD displays, a new XPS 15 2-in-1, VR goodies, and news from Alienware.

HP added its newest Always-Connected PC, the ENVY x2, with a 12.3-inch display and up to 17 hours of battery life. Say hello as well to the HP Spectre x360 15, a machined aluminum 12.3-in diagonal tablet, the Pavilion Wave, which features integrated support for Amazon Alexa, and the OMEN X 65 Big Format Gaming Display. And more more more goodies.

Acer, pointing out that it comes first (at least in the alphabet), announced its new Acer Nitro 5 gaming laptop, with 15 diagonal inches of hot graphics and Dolby audio. And the new Swift 7 laptop, they claim, is the world’s thinnest at 8.98 mm thin. And look, a new Chromebook 11 line. Be careful you don’t lose it behind the new 65-inch Predator Big Format Gaming Display with NVIDIA G-SYNC.

ASUS announced the ZenBook 13 ultralight laptop (2.17 lbs), ZenBook Flip 14, X507, Vivo All-in-One V222, and more. Like the new PB40 and PN40 Mini PCs, and the Chromebox 3. And the ROG (Republic of Gamers) Strix SKT T1 Hero Edition laptop, some ROG desktop and accessories bits, and the new Strix GL12 gaming desktops. Connect all the above with Lyra Voice and Lyra Trio Wi-Fi goodies including Amazon Alexa.

ViewSonic rolled out new professional-grade monitors, including the 32-inch 8K Ultra HD (7680x4320) box of light. Save your pennies for the Q4 2018 release. Or spend them on some of the new gaming and entertainment monitors from the XG and VX monitor lines with up to 240Hz refresh rates.

Is that all from CES? Oh no no no. NETGEAR, for one, shipped:

Seagate teamed up with LaCie on the DJI Copilot and Rugged Secure storage systems. And take a gander at the Seagate 5U84 high-density enclosure as well.

Intel stuck in the Upside Down? On the Upside side, Intel launched the 8th Gen Intel Core processor with Radeon RX Vega M Graphics. Perhaps the normally shy gamer community will have an opinion. The newest pint-sized Intel NUC (pictured), complete with a blue and red skull and an 8th Gen Intel i7 processor with aforementioned Radeon RX Vega M graphics, says a small hello too.

Flip over to Down side, and Intel’s week consisted of CEO Brian Krzanich releasing a Security-First Pledge while his employees provided endless updates about the last thing any of them wanted to be talking about: those Google Project Zero exploits from last week.

Other products news keeps rollin’ on.

Even this week, not all the news is about products. SYNNEX announced some board of directors and exec office suite changes. Kevin Murai (pictured) will move from president and CEO to chairman of the board. Dennis Polk moves from COO to president and CEO, and stays on the board. Dwight Steffensen will become lead independent director. Congrats to all (or if you’re feeling dance-y, conga rats to all).

Brand Loyalty 101: Winning Over IT Buyers, a study from Spiceworks, reports that 85 percent of IT buyers feel less inclined to buy from companies that visit and pitch them too much. Aggravations include irrelevant product info and being hit up by phone (only 8 percent prefer that contact method) rather than email (57 percent prefer “You’ve Got Mail!”). Justification for the marketing department? Only 12 percent of IT buyers will bite on a pitch from a brand they’ve never heard of before.

IDC updated the Worldwide Semiannual 3D Printing Spending Guide and believes that 2018 revenue will be nearly $12 billion. Worldwide spending by 2021 should be about $20 billion. Nice growth rate of 20.5 percent. The US leads, with Europe close behind, in 3D printing spending.

CompTIA surveyed teens for its Youth Opinions of Careers in Information Technology report, and 7 out of 10 of them are open to the idea of IT as a career. In 2015, that number was only 62 percent. Why the increase? One reason is that 62 percent of girls between 13 and 17 say they’re interested. That’s up 11 points from 2015. Now if somebody would make a movie starring Wonder IT Woman, recruitment might really fly upwards.

GTDC (Global Technology Distribution Council, but you knew that) posted the 2018 Outlook report. Members drive more than $150 billion in annual product and services sales worldwide. More than 70 percent of vendors expect double-digit revenue growth in 2018. Cloud, security, IoT, and data center goodies get the most attention.

And the winner of the Stupidest CES Product of 2018 is (drumroll, please)…Spartan’s Radiation-Blocking Boxers, which promise to “protect your nuts from cellphone radiation!” Thanks to Slate for the research and this mental image: “a Faraday Cage for Men’s Crotches.”

Yes, gentlemen, you now have a way to protect yourself if you read the 2014 report from the Central European Journal of Urology claiming that exposure to cellphone radiation can significantly “reduce the mobility of semen.” Another wonderful mental image—slacker semen.

One might claim you should start protecting your brain if you’re sufficiently convinced that silver threads woven into your boxers will protect your little swimmers to plop $45 for a pair of super-boxers on the counter. The company claims that 99 percent of radiation is blocked. Only $45. A pair.

Notice what these men are worried about first? This reminds us of the history of hockey protective gear. 1874: Cup. 1974: Helmet. 2018: magic technology underwear.

LG Gram for Business 17 (2020): Big Reasons to Like It
END_OF_DOCUMENT_TOKEN_TO_BE_REPLACED