ICYMI: Our Channel News Roundup for the Week of January 7th 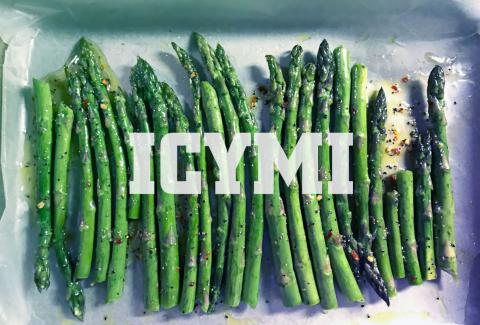 A boatload of CES gear, retail IoT tech from Microsoft and Kroger, and a soothsayer who reads vegetables instead of a crystal ball are all among the stories we’ve finally gotten around to bringing your way. By James E. Gaskin
Tweet

Welcome to the New Year with fingers crossed things get better for you and yours in all areas. Good wishes are traditional at the flip of the calendar. Also traditional? The Consumer Electronics Show, which has three initials just like a TV network: CES. So many odd stories come from CES (what’s with all the weird toilet stuff every year?) that we forget a tidal wave of interesting technology news washes over us as well. Let’s throw out the nets and see what we catch. 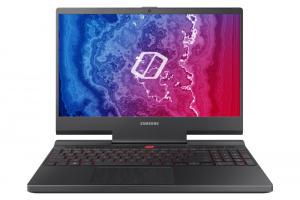 CES endpoint news. Heavyweight performance comes in a lighter and thinner package then ever with the new Acer Swift 7 (SF714-52T). Its less than two pounds and 0.39 inch-thick body holds the latest 8th Gen Intel Core processors, 8 to 16 GB of DDR3 RAM, 256 or 512 GB of SSD PCIe storage, 10 hours of battery life, and a 14-inch 1920 x 1080 touch screen with a bezel so thin you’ll think it doesn’t exist. Dual USB Type-C ports and the hottest new Wi-Fi complete the package. The aluminum-lithium alloy case comes in Starfield Black or Moonstone White.

CES is big into gaming, in fact, and the introduction of the new ASUS TUF Gaming FX505DY and FX705DY gaming laptops ties right into that. The units come with an AMD Ryzen 5 3550H processor, up to 32 GB of RAM, and multiple storage options. The FreeSync displays and slim bezels make the 15.6 (FX505DY) or 17.3 (FX705DY) screens seem even bigger.

Prefer the ZenBook S13 (UX392) from ASUS for lightweight portability? Then enjoy the latest 8th Gen Intel Core processors with up to 1 TB of PCIe x4 SSD storage, 15 hours of battery life, a standard USB Gen 2 Type-A port on one side to balance the two USB 3.1 Gen 2 Type-C ports on the other, and a smaller chassis than most 13-inch laptops. Or jump up to the slightly larger ASUS ZenBook 14 (UX431). Comes with a 1920 x 1080 screen and a wide range of processor options including 8th Gen Intel Core i3, i5, and i7 CPUs with optional NVIDIA GeForce MX150 graphics.

Dell and Alienware’s redesigned PC Gaming portfolio got plenty of attention as well.

Not finished, Dell also rolled out the:

The Samsung Notebook Odyssey (pictured) high-end gaming laptop made its first appearance. Powered by NVIDIA G-SYNC along with an 8th Gen Intel hexa-core i7 processor.

Sensing more Samsung? Say hello to the redesigned Samsung Notebook 9 Pro and the Samsung Notebook Flash. The first has an “Active Pen” featuring more than 400 levels of sensitivity, and the second comes in a compact 13.3-inch chassis weighing three pounds. 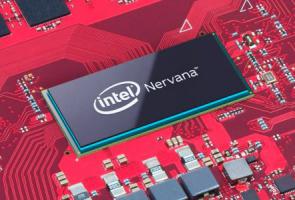 AMD, meanwhile, unveiled the first 7nm gaming CPU, aka the AMD Radeon VII. Offering up to 29 percent more gaming performance than the previous version, the Radeon VII is built on AMD’s “Vega” architecture.

Also on tap from AMD are the first products in the mobility lineup for all notebook segments: 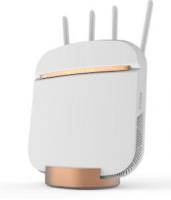 D-Link rolled out a new lineup of mesh-enabled Exo routers and extender points. Their D-Link Wi-Fi Mesh technology automatically connects all devices to the best signal possible, and they also come with a robust security suite powered by McAfee. Available Q2 of 2019. 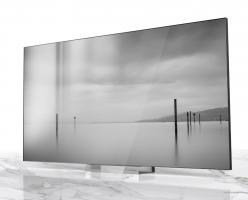 Surprise, surprise, there are TVs at CES. Or at least digital signage displays. Attendees at the Samsung First Look CES event got to go gaga over the Samsung 219 inch display The Wall (pictured). As in, it takes up most of one. Makes the new 75-inch display look like a tablet. Both with new MicroLED technology, a CES Best of Innovation Award winner.

Dell’s consumer and small business PCs and laptops will continue to include McAfee security protection that can be installed on smartphones and tablets as well. 30 days free.

McAfee Gamer Security was designed from the ground up, says McAfee, to keep games safe and not hurt performance.

Storage? We always need more and better, at least according to Seagate. Examples:

Make sure you hear clearly with the new Jabra Elite 85h headphones, including 85 hours of battery juice and 100 percent hands free Alexa interactions. 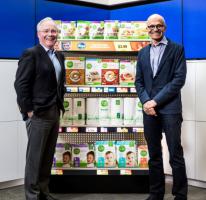 Other product news. Microsoft handles lots of critical projects, but can we trust them with our snacks? We’ll find out soon, as Kroger and Microsoft have announced a deal to power Kroger Technology products with Microsoft Azure. Part of Kroger’s Retail as a Service offering.

Normal reality may get boring as we go all quantum for computing, but IBM doesn’t care. Hence the IBM Q System One, the first integrated universal approximate quantum computing system. 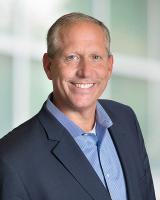 Symantec appointed HPE veteran  Sue Barsamian to its board of directors, which Marvell’s Rick Hill also joins on January 7, 2019.

Avaya jazzed up its Avaya Edge Channel Partner program. Emphasis on partner inclusivity and an improved enablement model are among the upgrades.

Imperva released its latest State of Web Application Vulnerabilities report recently, and it’s full of security smarts. One bit of good news is the drop in IoT vulnerabilities, now a little below those of 2016 and way below those of 2017. Either IoT vendors got serious about security, or hackers and researchers started chasing another problem areas.

IDC’s Worldwide Semiannual 3D Printing Spending Guide suggests worldwide spend on 3D printing will reach almost $13.8 billion in 2019. That’s up over 21 percent from 2018. By 2022, look for a $22.7 billion 3D Printing market. Discrete manufacturing makes up 53 percent of spending total. Right now, the leading uses are for prototypes, aftermarket parts, and then new parts. The U.S. will likely lead the market with nearly $5 billion. 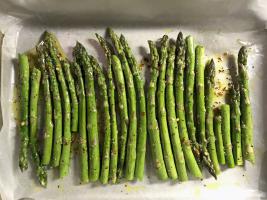 All hail the Asparamancer! Who needs research studies when you have asparagus to tell the future? Yes, asparagus. Jemima Packington, the world’s only “asparamancer,” throws raw asparagus stalks onto a flat surface like some throw I Ching sticks.

The proudly self-taught asparamancer claims to have correctly predicted, with help from green asparagus, the elections of Donald Trump and Emmanuel Macron and the vote in favor of Brexit. She claims to be 80 to 90 percent accurate.

In case you believe in the Power of the Green Stalk, get prepared for a recession in the U.S., which will occur after the trade war with China ends. Worse, it will spread across the world. But at least England will have success at the 2019 Rugby World Cup. That should make up for a global recession, right?

Anyone have a contrary opinion based on something more reliable, like the bubbles in the pot when boiling potatoes?

Jabra PanaCast Review - Get Your Huddle On
END_OF_DOCUMENT_TOKEN_TO_BE_REPLACED