ICYMI: Our Channel News Roundup for the Week of January 30th 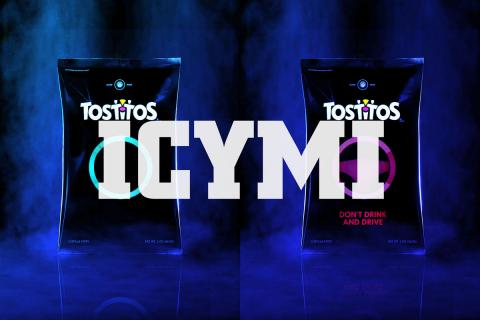 Double-digit “disappointment” from Amazon, Outlook add-ins from Microsoft, and a junk food bag that may be smarter than you are were all among the stories we missed this week. By Rich Freeman
Tweet

Yeah, we know. Valentine’s Day is still a week and a half away. But we’re not into giant teddy bears or candy bouquets around here. We’re writers, after all, so we insist on giving love poems to our significant others this time every year. Long love poems. In anapestic tetrameter. Worth the effort, but it does take a little while, which is why we once again failed to write up a bunch of stories you’ll probably find interesting.

It’s hard to feel pity for Amazon. Yet we do a little. After all, the present-day retail and cloud giant (and soon to be shipping giant as well?) reported a 22 percent year-over-year net sales spike for its fourth fiscal quarter and a 27 percent jump for 2016 as a whole yesterday. Yet those eye-popping numbers actually disappointed hard-to-please investors, who had driven Amazon shares down 3.27 percent as of press time.

And we haven’t even gotten to Amazon Web Services yet. Its net sales grew 47 percent in Q4 and 55 percent during 2016 overall. And sure, both of those figures are down from their equivalents last year (when AWS recorded a 69 percent net sales gain in Q4 and a 70 percent increase for all of 2015). And yes, cross-town rival Microsoft’s Azure cloud service racked up a 140 percent gain in that company’s most recent quarter. But, um, 55 percent people. Shouldn’t that generate a little excitement with someone, somewhere?

(By the way and in case you’re wondering, if we at ChannelPro ever enjoy a 55 percent net sales uptick you will never hear the end of it.)

Apple, on the hand, gets no pity. Nor do they need it, because on Tuesday the company (which may or may not be planning to make its own ARM processors, by the way) reported record revenue for Q1 of its 2017 fiscal year. More importantly, after three straight quarters of declining sales, Tim Cook & Co. also reported a record 78,290 iPhone shipments and an 18 percent surge in revenue from iCloud, Apple Music, and other services. Happy holidays indeed, Applers.

No numbers but plenty of news. From Microsoft, that is. Nothing earth shattering, mind you, but we do see promise in the new add-in capability that lets developers link third party software with Microsoft’s Outlook mobile email client. Evernote and Trello integrations are among the first wave, along with a connection to the social media CRM system from Nimble Software LLC, which is not to be confused with Nimble Software Systems, the company that shipped a suite of SMB workforce optimization solutions a couple of weeks ago, or Nimble Storage, which announced an alliance with Lenovo in October.

Enough with the Nimbles, folks!

But back to Microsoft. This week’s revelations from Redmond also included word that:

What’s with all the security product news lately? Ah yes, the 2017 RSA Conference is coming up soon, and vendors must be getting a head start before the security announcement gusher gets started in earnest. Here’s what we learned this week:

And yes, that’s three separate security vendors with Threat at the start of their name. Too many Nimbles. Too many Threats.

It wasn’t all about security vendors this week. We also discovered that:

Yup, we’ve got more vendor goodies for you. Such as these news items:

Smart bags. And we don’t mean smart luggage, as in suitcases that can re-charge your devices and weigh themselves. We’re talking about the limited edition “Party Safe” bags that Frito-Lay has created for its Tostitos corn chips. Available just in time for the Super Bowl, they feature a sensor capable of detecting alcohol on your breath.

And if you do turn out to be one of the people responsible for the $1.2 billion worth of beer that football fans will consume this Sunday, the green steering wheel on the bag’s exterior will turn red and the words “don’t drink and drive” will appear, along with a code you can use to get $10 off an Uber ride during or after the game. And hey, it gets even cooler: Thanks to built-in NFC technology, all you’ve got to do to summon Uber is tap the bag with your smartphone.

And at this point, you can begin to understand why this is a limited edition product. The bag must cost many times more to produce than the chips it contains. We applaud the ingenious effort to keep inebriated motorists off the road (executed in partnership with Mothers Against Drunk Driving, by the way) just the same. And even more loudly than we do those apps that prevent you from drunk dialing.

Jabra PanaCast Review - Get Your Huddle On
END_OF_DOCUMENT_TOKEN_TO_BE_REPLACED