ICYMI: Our Channel News Roundup for the Week of January 2nd 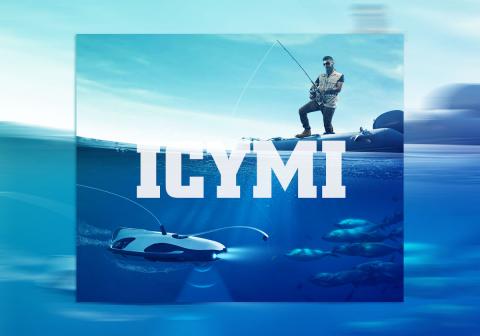 A bunch of PCs bearing Kaby Lake processors, a flood of other new consumer (and business) electronics, and a seemingly pointless innovation or two that someone thinks you’ll be willing to pay for are all among the stories we didn’t tell you about this week. By Rich Freeman
Tweet

Yeah, we know. You got barely a peep from your friends at ChannelPro this week about the Consumer Electronics Show. But, hey, we were heads down on strategic planning for the new year and content development for our forthcoming (and sensational, by the way) live events, and...

Oh, who are we kidding? Truth is we were cowering in abject, overwhelmed horror from the onslaught of products unveiled in Las Vegas the past few days. Now that we’ve more or less re-gathered our wits, let’s see if we can sort the whole mess out a bit, shall we?

First, we’ll take a dive into Kaby Lake. Because there were a lot of business-grade PCs packing 7th Gen Intel Core processors unveiled this week. Like these desktops and laptops from Acer, these notebooks and convertibles from ASUS, Dell’s new 2-in-1 XPS 13 and Latitude 7285 (which also features wireless charging), HP’s “sleek and stunning” Ultrabooks and eye-catching new all-in-ones, Samsung’s three updated Notebook 9 models (including a 13.3-inch unit that weighs in at just 1.8 lbs.), and Toshiba’s Portégé X20W laptop (pictured), which has a 360-degree hinge supporting five different viewing modes.

Lots of Kaby Lake gaming PCs popped up too. For instance:

And while we’re on the topic of processors…Qualcomm got in on the CPU launch game as well by introducing the world to its new Snapdragon 835 processor family, which is designed for use in “premium-tier” smartphones, tablets, and virtual reality headsets. Significantly, it’s also the first set of ARM-based processors to support Windows 10 since Microsoft and Qualcomm announced their intention to port Windows onto the ARM platform last month.

There were plenty of PC accessories, components, and peripherals too. Such as:

Chromebooks also made a few cameo appearances. Acer, for example, announced a ruggedized one for the education market with a 180-degree hinge designed to enable content sharing, while Samsung revealed Pro and Plus (pictured) models with a built-in pen and connectivity to the Google Play app store.

Where there are consumers and electronics, there are also smartphones. So we saw some interesting new ones this week, including:

And though they got less attention…There were some noteworthy networking product announcements as well:

And it turns out there was other stuff going on this week too. Hard to believe, right? But in addition to all the CES action:

Suds for the Sudsy. With so many new products debuting this week, which was the most truly revolutionary? Was it the “under $200” smart hairbrush from Kerastase, Withings, and L’Oreal that draws on an embedded microphone, accelerometer, and gyroscope to feeds insights of some kind about your hair to a mobile app? The Bluetooth-enabled Connected Toaster from Griffin that you control via your smartphone rather than knobs and buttons, because...why not? The robotic underwater fish finder (pictured) with optional sonar and virtual reality goggles from PowerVision?

None of the above! Our pick is the new pale ale from Swedish brewer Pangpang specifically designed for consumption in the shower. It’s 6 ounces in size but heavily alcoholic, so just what you need when you’re getting ready for a night on the town but short on time. And sure, you can call this combination of soap, glass, and alcohol a glaring safety hazard if you like. We, however, choose to call it genius.