ICYMI: Our Channel News Roundup for the Week of January 29th 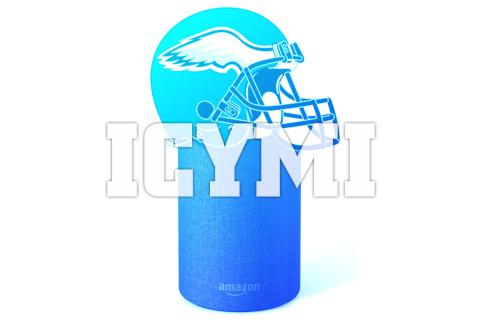 A sack full of major acquisitions, lots of news (mostly good, but a little bad) from Zoho, and Alexa’s outspoken opinion about Super Bowl LII are among the stories we probably should have told you about earlier in the week. By James E. Gaskin
Tweet

During another week of devoid of blizzards, hurricanes, and the zombie apocalypse, many look forward to a last-gasp of football on Sunday. Wait, did Musk make his flamethrower just to protect against zombies? Let’s hope the zombies stay dead until after the game.

Acquisitions—once two, now one. Haters may snark about Xerox and Fujifilm tying the knot (paper and film—how quaint), but the new Fuji Xerox hits the starting gate with global revenues above $18 billion. Channel partners will face some bumps during and after the honeymoon, but the two have a long history and joint venture.

SAP keeps its move to the cloud going with the acquisition of Callidus Software, aka CallidusCloud. SAP grabs a major Sales Performance Management and configure-price-quote provider and customer base.

Enterprise Linux fans will be front and center as Red Hat gobbles CoreOS, they of the Kubernetes and container-native products.

Seems appropriate that Avaya grabs up Spoken Communications, because, you know, phones. But this really gives Avaya a bigger footprint in the contact center-as-a-service market, sprinkled with AI for customer experience management.

In a “will they or won’t they (until later)” dance, Dell could officially merge with VMware. If that seems odd, it’s because Dell already owns 80 percent of VMware thanks to the $67 billion grab of EMC in 2016. Seems the note on a $67 billion acquisition adds up to a major chunk of cheddar, and combining forces could loosen up some coin.

A to Zoho. If you haven’t noticed, Zoho has become a pretty big SaaS player with a suite of apps. To better integrate those tools, the company launched Zoho Flow (pictured), a drag-and-drop integration platform for easy workflow pipes between its various cloud applications.

And since there are so darn few websites on the internet, the Z-folk rolled out a new version of Zoho Sites for DIY website builders. Once you built that fancy new website, verify optimization with the new Zoho PageSense to better convert lookers into buyers.

But software being software, there are some reported holes. ManageEngine, a subsidiary of Zoho since 2003, has been tagged by Digital Defense Inc. as having multiple vulnerabilities (since patched) across much of its product line including ServiceDesk Plus.

And now for something just a little different. While not cogitating about VMware, Dell enhanced its Wyse thin client software. Some of the enhancements spread across Citrix and VMware VDI programs as well.

Don’t you love it when clouds come together? Kaseya and Xero, the cloud-based accounting software folks, hope so because they’ve delivered direct integration between their platforms this week.

News from some company called “Microsoft”. Grab the official deets about extended support for  Windows 10, Office 365 ProPlus system requirements, and Office 2019, which should appear in the second quarter, with general availability sometime in the second half of 2018.

New apps and features in Microsoft Teams include adding outside content into a conversation thread, personal views of apps, the new Who app, which helps you find people in your organization, and a batch of new apps for Teams. Microsoft Graph users should check out the new Intune APIs, which “enable IT professionals, partners, and developers to programmatically access data and controls that are available through the Azure portal.”

Other vendors have news, too:

Flashpoint added a chair at the board of directors table for Peter George.

CompTIA announced its communities executive board for 2018:

Lovely news, but not people news:

Ivanti and CrowdStrike joined hands to provide modern antivirus and Endpoint Detection and Response to their joint customers.

Gartner’s Worldwide Device Shipment by Device Type, 2016-2019 predicts that device shipments worldwide will go up 2.1 percent in 2018. However, desktop and laptop PC sales will decline slightly (5.4 percent, down to 193 million units). Increases will come in the high-end, smartphone-led mobile phone market, and the premium ultramobile market, where thin and light devices running Windows or iOS mean increased sales.

Independent Web analytics company StatCounter says that Windows 10 installs finally outnumber Windows 7. OS details are gathered based on over 10 billion page views per month to over 2 million Web sites. Yo, StatCounter: which OS watches the most cat videos?

The Web Design Survey of 351 small business owners done by Clutch found that less than two-thirds (64 percent) have a website. But of those who don’t, over half (58 percent) promised to build one in 2018 (sure they will). Why haven’t firms jumped on this newfangled web thing? 26 percent say cost, 27 percent say it’s not relevant to their industry (buggy whip manufacturers?) and 21 percent feel social media gives them enough presence. At least the majority of SMB websites are mobile friendly.

How smart are the AI assistants in predicting the Super Bowl? Leave it to the Huffington Post to dive into the most critical issue of the day: who will win the Super Bowl? The intrepid HuffPost crew asked Amazon’s virtual assistant Alexa, who rooted for the underdog Philadelphia Eagles. Alexa had a “friendly rivalry” with the Patriots last year, according to an Amazon spokesperson, and still wishes them ill. Guess that means Boston won’t be the Amazon HQ2 site if Alexa gets a vote.

Other AIs aren’t so daring. Google Assistant hasn’t yet decided who to root for in the game. Makes sense, because you can’t index and sell ads next to game results that don’t exist. Apple’s Siri just recommends going with the current point spread, meaning the Patriots.

We decided to ask Microsoft Cortana, who gave this prediction: “In another stirring subway series, the Amazing Mets beat the Yankees in the sixth game after a hat trick goal in the fourth set.”

Meet the 2022 ChannelPro Vendors on the Vanguard
END_OF_DOCUMENT_TOKEN_TO_BE_REPLACED