ICYMI: Our Channel News Roundup for the Week of January 28th 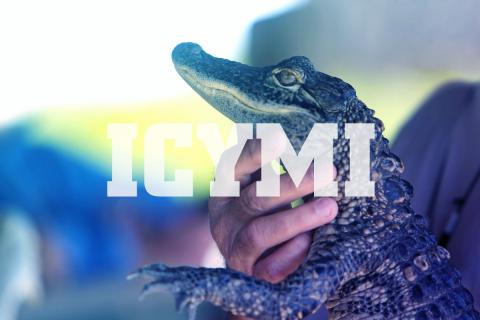 A new CEO for Intel, new EDR software for Symantec, and the world’s most cuddly flesh-eating reptile are just a few of the stories we’ve finally gotten around to telling you about. By James E. Gaskin
Tweet

Forget Thanos. We want to see who wins in the Marvel movie Avengers: Polar Vortex coming as soon as Gotham City (Chicago) thaws out. Does the Batmobile have snow tires? And since the Polar Vortex swooped down from the Arctic through Canada, has anyone check on our northern neighbors? They haven’t answered their phone lately. Until they return our call, lets catch up to all these newbits we missed. 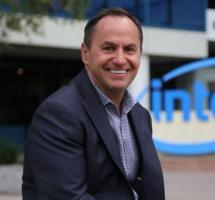 Missives from Wintel. One can make the argument that every week has some Wintel news, but the bit today isn’t a new chip or software update, but a new CEO. Say howdy to Robert Swan (pictured), new chief executive officer at Intel. I’m sure the news caught everyone by surprise, since the interim job holder only gets the official job about 90 percent of the time. 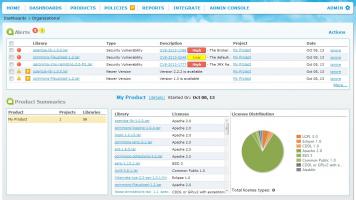 Dell fan? Your team just hooked up with Secureworks and CrowdStrike. Managed security services, global threat intelligence, and incident response from the former combine with leading endpoint protection tech from the latter. Rolls out in March 2019.

Speaking of CrowdStrike, the company just revamped its Elevate Partner Program. New tiers, solutions, partners (like Dell, unsurprisingly, based on the previous paragraph), and go-to-market models.

Mimecast bought a metaphorical moving van in the guise of Simply Migrate for an undisclosed amount. Should work well with the Mimecast Cloud Archive.

Blockchain fan? Then you might be interested in the fact that Kudelski Security launched its Blockchain Security Center. The Switzerland-based company has over 30 years of cryptographic design experience. 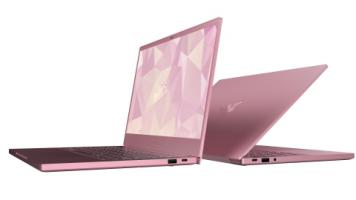 Other product news. Valentine’s Day alert (just in case it’s important to spoil that special someone): Razer, the gaming/high performance systems folks, have a Quartz Pink line of accessories, including a mechanical switch keyboard. Just in time for the lover’s holiday, the Razer Blade Stealth Ultraportable 13-inch laptop (pictured) is now available in a chassis carved out of a single block of pink aluminum (sounds rare). Interested in the Quartz Pink Razer accessories like the aforementioned keyboard, mouse, headset, microphone and more? Ready to wrap.

SolarWinds has a new set of free analysis tools for the NetFlow Traffic Analyzer called the SolarWinds Flow Tool Bundle. Ready and waiting for you now.

It can be tough to keep K-12 students awake, but the new Epson PowerLite U50 WUXGA Projector throws out 3,600 lumens of color brightness and 3,600 lumens of white brightness. Should be enough to penetrate student eyelids.

Lifesize wants to end that pre-meeting scramble for the right adapter with its Lifesize Share platform for multifunctional meeting spaces (including huddle rooms). Bluetooth tech to link mobile devices, digital signage, content switching, and whiteboard capture among other goodies.

United Office extended its Total Connect Now Dental Management Suite to include a new Virtual Communications Console. Now your dentist will always be able to answer when you request your appointment at two-thirty.

UrsaLeo (IoT) has two bits of good news. First, they closed a $500K seed round of financing. Second, its Internet of Things Platform as-a-Service (IoTPaaS) awaits your perusal. 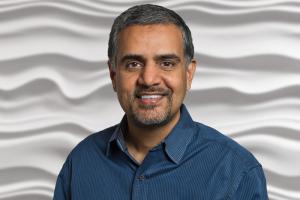 Ingram Micro has promoted Eric Kohl to VP and expanded his role to include not only the disti's U.S. Security organization but its Emerging Vendor Initiative and Cloud Harmonics business as well.

TPx has joined forces with Pensare Acquisition Corp. on its way to a debut as a publicly-traded company.

The Alliance of Channel Women (ACW) has some new folks on the leadership team:

Each will serve a two-year term.

Want to prove you know your way though the clouds? MSPAlliance has added some new certs to its MSP/Cloud Verify program. The program is verified by a third-party audit firm.

Fujitsu has rolled out a new Scanner Subscription Services by Fujitsu program that’s supposedly the first “scanner-as-a-service” offering in the country. Works well with their new scanner, the fi-7300NX.

Dropbox signed some papers to acquire HelloSign, an eSignature and document workflow platform.

Spiceworks surveyed 581 respondents across North America and Europe in December 2018 about cyber insurance. Only 38 percent have active cyber insurance policies today. That means 62 percent expect the damage when they get hacked or breached (and odds are that will happen) will be minimal (magical thinking?). In a separate poll, only 11 percent of organizations without coverage plan to buy a policy in the next two years. But this type of thinking has been going on for a while, since only 24 percent of the 38 percent who have insurance have been protected for more than five years. The GDPR hasn’t made much of a dent on this side of the pond, either, as 43 percent of European organizations were moved to get coverage but only four percent of those in North America were so moved. One reported problem is a lack of knowledge about cyber insurance (36 percent). Others are a lack of priority (41 percent) and lack of budget (40 percent). Keep those fingers crossed.

IDC estimates that spending on smart city solutions will be up 17.7 percent this year, and should reach $95.8 billion. New York City, Tokyo, and London will each invest more than $1 billion in smart cities programs in 2019. More interestingly, the 100 or so cities surveyed only represent about a quarter of smart city spending globally. Biggest dollar-magnet programs are visual surveillance, advanced public transit, smart outdoor lighting, intelligent traffic management, and connected back office, all adding up to about 34 percent of the total spend. Fastest spending growth area? Police officer wearables, including smart apparel, headset, glasses, and holsters. Asia/Pacific leads the way in total smart cities spending with over 40 percent of the total.

Another IDC report, the Worldwide Quarterly Mobile Phone Tracker, found worldwide shipments were down 4.9 percent in the holiday quarter, making 2018 the worst. year. ever. in global smartphone volume. Apple certainly noticed. Current high-growth areas are markets like India, Indonesia, Korea, and Vietnam. China, normally about 30 percent of global smartphone sales, saw 2018 sales down just over 10 percent from the also bad 2017. The top five sellers (Samsung, Apple, Huawei, OPPO, and Xiaomi in descending order) increased their share of the total to 69 percent of all sales, up from 63 percent in 2017. Samsung had the largest market share (18.7 percent) just ahead of Apple (18.2 percent). 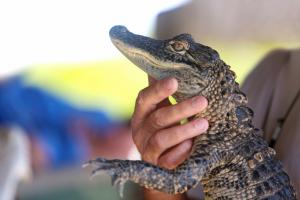 (Crazy) man’s best friend. Sure, we know about support animals, almost always dogs. But some folks take this a bit too far. Remember that lady who tried to bring her emotional support peacock on a plane? Ventiko, a “performance artist” who documents her life with Dexter the peacock on social media, could be playing the PR game. And Dexter is not an “official” support animal.

Dumb, right? Well then how about Joie Henney, of York Haven Pennsylvania, and his support alligator. Yes, alligator. Wally (the gator) was rescued from outside Orlando when he was only a wee baby gator of about 20 inches at 14 months old. Now five feet long, Wally lives in Henney’s living room pond with a second rescue alligator (rescue alligators are a thing now?). Wally has been officially licensed as an “emotional support animal.” Henney takes him out to senior centers and schools and says Wally has a calming effect on special needs children. Sure, but they could be staying very still to avoid being lunch.

Henney said he decided to make Wally Gator a support animal after realizing he didn’t feel depressed following the death of several friends. Yes, having two alligators in your house and not being eaten will make life a little sweeter.