ICYMI: Our Channel News Roundup for the Week of January 27th 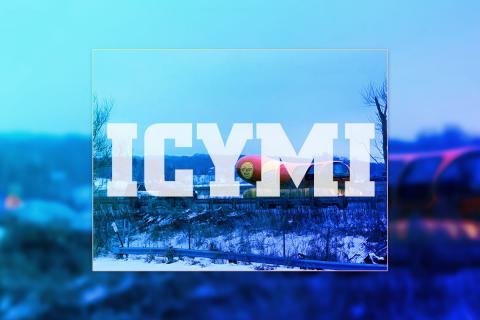 A new mobile app from Kaseya, a new IoT security architecture from Cisco, and a glimpse of your likely fate the next time you ignore local highway laws while driving a giant hotdog on wheels are all among the stories we’re belatedly telling you about. By James E. Gaskin
Tweet

According to the weather boffins, February is the snowiest month of the year in Kansas City. Good thing the Super Bowl is being played in Miami, where the average temperature in February is in the 70s. And if that makes you happy, just think how excited you’ll be when we catch up with all the news bits we missed this week.

Industrial IoT is now an important part of every enterprise’s toolkit, so it’s no surprise more IIoT support now comes from major players. Hey, look, Cisco just introduced an IoT security architecture that gives enhanced visibility across both IT and OT environments.

Use Amazon EC2? Then check out SIOS AppKeeper from SIOS Technology, an out-of-the box solution to respond to outages on EC2 instances. They call it intelligent application availability.

Think PoE is good but a little slower on the network than you like? Then check out the new EnGenius Cloud multi-gig switches. The first two, ECS2512FP and ECS2512, are the first of many switches that will be released in 2020 addressing a wide variety of use cases. Faster PoE++ switching with link speed auto-detect.

TPx Communications rolled out the red carpet for Steve Farmiloe, who takes over as director of channel sales for the western region on February 1.

Red Box, a dedicated voice specialist in England (not the RedBox DVD kiosk at your grocery store), just signed the papers to select Ingram Micro as a distributor for Red Box Voice in North America.

A recent Kaspersky survey found that cyber threat intelligence analyst is one of the most difficult openings to fill. Until you find all the right people, perhaps the Kaspersky and EclecticIQ Threat Intelligence Platform (TIP) can provide a source of actionable and relevant context on cyberthreats.

SMB customers of Amazon Web Services may find plenty to like in the new partnership between Rackspace Service Blocks and Alert Logic to protect apps and data.

ATEN Technology does quite a bit a Pro AV as well as a wide variety of KVM tools. Now it uses both product lines for the ATEN and Bosch Digital Congress Network (DCN) Conference System to build and support modern video meetings.

SMB cybersecurity player Netsurion announced a significant channel partner expansion. Growth path calls for them to become a master MSSP, helped by signing up twice as many partners in 2019 than the year before.

Safety first, Wienermobile Hotdoggers. A giant hotdog on wheels always gets attention, but it’s supposed to be positive attention. The Oscar Mayer Wienermobile wound up on the wrong side of the law recently in Wisconsin.

One Wienermobile driver, known collectively as Hotdoggers, violated the Wisconsin “Move Over Law” and was stopped by a Waukesha County sheriff. When drivers see an emergency vehicle of some kind with flashing lights on, the law says they must either move out of the lane next to the emergency vehicle or slow way down.

Perhaps because a 27-foot hot dog doesn’t handle like a Porsche, the unnamed driver did NOT follow the rules, and got stopped. The sheriff let the Hotdogger off with a warning. If someone hadn’t put a photo up on Facebook, nobody would have been the wiser.

ChannelPro Weekly Podcast: Episode #235 - Greetings from the New Hampshire Chamber of Commerce
8 Best Hacking Training Courses to Boost your IT Career
10 Things You May Have Missed at ChannelCon 2022
END_OF_DOCUMENT_TOKEN_TO_BE_REPLACED