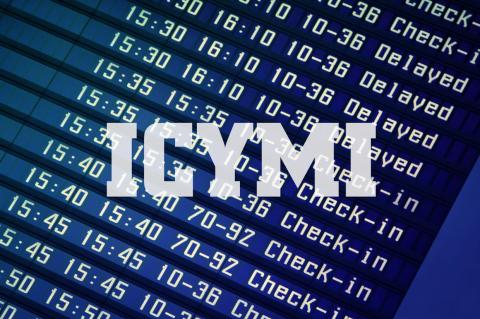 Office 365 backup software from Barracuda, virtual classroom functionality for Microsoft Teams, an asset management acquisition for Ivanti, and a look at what happens when you try to run a railroad on Adobe Flash are all within our latest batch of belated stories. By James E. Gaskin
Tweet

It appears someone forgot to disable the /snow subroutine and it’s gotten out of hand. A storm in the Midwest today becomes a Nor’easter over the weekend and will dump as much as a foot of snow everywhere from Chicago to the tip of Maine through Wednesday. Brrrr. Stay warm with these hot newsbits. 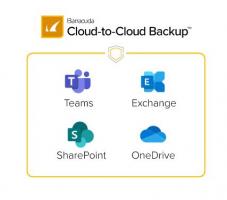 Security news. Admit it, there’s at least a few important emails in those giant, swollen inboxes every client complains about. Protect them with the latest version of Barracuda Cloud-to-Cloud Backup, a cloud-native platform for Office 365.

As IoT expands into healthcare, the benefits stack up against the new security attack vector. If that hits home, check out the new Palo Alto Networks IoT Security for Healthcare Delivery Organizations. But wait, there’s more! Palo Alto Networks also announced a number of enhancements to its Prisma Cloud, a cloud native security platform, upping its web application firewall game.

SaaS-based email security company Trustifi revved up its email encryption products. Adds include sensitivity detection, OCR, and the ability to scan up to 1,000 past emails per inbox.

Are password resets your favorite job? Then you’ll hate that Beyond Identity is offering its passwordless identity platform free of charge. The free tier includes support and an unlimited number of users, with paid features available.

If you’re an MSSP and wish you could launch cloud-based vulnerability management in minutes, Tenable.io wants to talk to you. 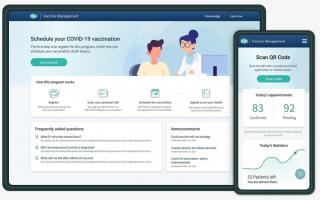 News from big-time vendors whose name begins with “S”. It seems everything is available “as a service” today, including digital transformation and redesigning business processes. Latest evidence: the debut of RISE with SAP, which aims to help ordinary businesses transform themselves into intelligent enterprises.

Got your shot yet? If not, mayhaps Salesforce’s Vaccine Cloud will improve matters. Available now to international, federal, state, and local agencies as well as healthcare providers.

And because the more the merrier when it comes to accelerating vaccinations, ServiceNow has a Vaccine Administration Management solution (pictured) too. 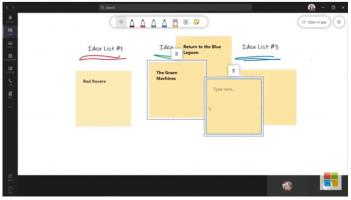 Other product news. Those in the education vertical might check into the new classroom opportunities added to Microsoft Teams, including a whiteboard (pictured), the opportunity to invite guest lecturers and teaching assistants to virtual classes, and more.

Ivanti will acquire Cherwell Software to expand the reach of its Neurons platform of asset management from IT down to the IoT edge.

Cygilant partners now have access to software from Sentinel One.

Hiperwall shipped version 7.0 of its video wall software, complete with support for 80 content sources and dvLED.

Over at HPE, Simon Ewington gets new business cards with the title of vice president of worldwide distribution on them.

Cybersecurity player CryptoStopper teamed with GetChanneled, an IT services channel consultancy, to launch a new partner program for MSPs to detect and neutralize ransomware attacks.

The Untangle Voice of the Channel and 2021 Predictions Report is out, and there’s some kinda good news for a change. While phishing, malware, and ransomware were still the three most common attacks, reported by 68%, 53%, and 47% of respondents, respectively, those numbers are lower when compared year-over-year (84%, 84%, and 63%). Channel partners say a VPN for remote workers was the most requested security feature (75%), compared to endpoint security (12%) and cloud migration (6%). Over half of channel partners (55%) expect at least half of their customers to maintain remote workers. The vast majority (85%) expect the cybersecurity part of their biz will grow in 2021. Almost as many (69%) report customers asked about more security after major cyber-attacks hit the news throughout 2020. The three biggest cybersecurity threats for the channel in 2021? Employees who don’t follow rules (32%), ransomware (31%), and phishing (23%). What was true in 1951 remains true: We have met the enemy, and he is us.

The first-ever IT Trends Report from Syntax surveyed 500 U.S. IT decision makers on the impact of COVID-19 on their business and strategic choices for 2021. 89% reported that the pandemic accelerated their digital transformation last year, but also stretched IT teams even thinner to support the work-from-home switch. That might partially explain the plans by 83% of IT leaders with in-house security teams to consider outsourcing security efforts to an MSP in 2021. Budget and headcount cuts in IT will happen despite the fact that 77% of IT leaders reported more frequent cyberattacks. 79% still had to reduce headcount because of the economic downturn. More than half (56%) plan to allocate more than 40% of their IT budgets to cybersecurity in 2021. Another area of increased investment in 2021 is data analytics, with more than half (55%) increasing that budget.

The AVANT Analytics division of AVANT released its 2021 State of Disruption Report looking at enterprise technology in 2021 and beyond. 500 U.S.-based tech decision makers in IT, security, or finance responded about the state of their digital transformation efforts. SD-WAN usage will grow for nearly half while nearly 60% expect to increase their use of MPLS. Thanks to COVID-19, 86% report a surge in customer interest in UCaaS, especially in the healthcare/medical vertical. Nearly two-thirds report working with trusted advisors to support their decision-making process. 56% report that they maintain legacy systems because of security issues. 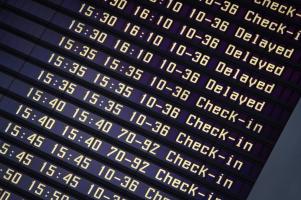 Flash fail. Adobe Flash had a good run, but the combination of increasing security hassles along with the arrival of HTML 5 finally killed our blinking and often irritating friend. Adobe, in July 2017, announced the end of support on January 12 this year. That’s three and a half years of warning.

It seems China Railway Shenyan in Dalian, Liaoning, needed a little more time. The head of a switching station was blocked from accessing the railroad’s timetables. Why? They relied on a browser-based Flash interface. At 8:00 a.m. local time, Adobe’s long-planned “Flash bomb” blew up in their faces, stopping the railroad for over 16 hours.

Techs claimed they discovered the Flash cutoff only when researching for a fix, because the Chinese internet keeps the rest of the world at arm’s length. They didn’t explain why they could find it after stranding thousands of people.

Never fear, the railroad is up now, thanks to a pirated copy of Adobe Flash.

ChannelPro Weekly Podcast: Episode #235 - Greetings from the New Hampshire Chamber of Commerce
8 Best Hacking Training Courses to Boost your IT Career
10 Things You May Have Missed at ChannelCon 2022
END_OF_DOCUMENT_TOKEN_TO_BE_REPLACED