ICYMI: Our Channel News Roundup for the Week of January 21st 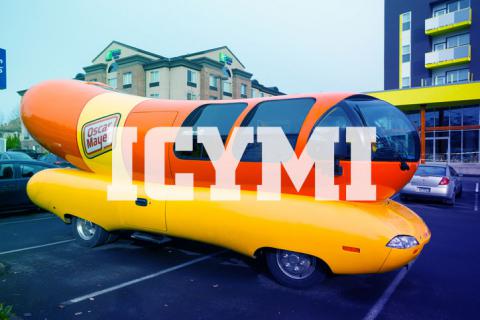 Education hardware from the BETT conference, new cloud solutions from Microsoft, AWS, and Veeam, and a dream job for anyone who’s always wanted to drive a hot dog for a living were among the stories we neglected to tell you about this week. By James E. Gaskin
Tweet

Our parents (OK, dads) always yelled at us to close the refrigerator door before all the cold got out. Looks like every kid in the Northeast left their fridge doors open, proving that when all the cold gets out it becomes a blizzard. So shovel away, since the only football this weekend is the Pro Bowl. Not missing much in the way of football, but we all missed some interesting news as we shoveled and cursed (or maybe cursed and shoveled). 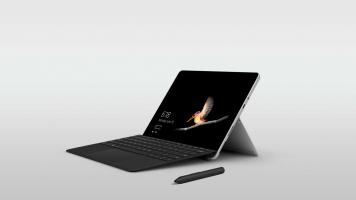 Cheerio from the BETT (British Educational Training and Technology) Show. Microsoft went to London for the BETT show to announce seven new Windows 10 devices (sample pictured) for schools and students, among other things. Microsoft Teams now works for classrooms, and a variety of eClassoom tools (turn in assignments and grading etc.) were on display.

Chromebooks power many classrooms today, so Acer unveiled a new suite of 11.6 inch models at the show. Many meet military specs (yes, classrooms can seem like battlefields), and little details like Antimicrobial Corning Gorilla Glass touchscreens help win the war against germs.

Speaking of Google, they rolled out a lucky 13 Google for Education tools. Included are Chromebooks, updated editions of Google Classroom and the Jamboard collaborative whiteboard, and new augmented and virtual reality goodies. Use Google Earth to make geography really real to students.

Avaya makes a big splash. Avaya jumped into the future pool in a big way at its ENGAGE user conference.

Cloud and security news. A new tool for your AWS Management Console, Amazon WorkLink, makes it easier for IT admins to provide one-click access to internal websites and web apps on mobile devices.

Mavenlink (project management software) announced two new integrations with Microsoft. Use Mavenlink M-Bridge to Microsoft Azure and get hooked into Dynamics 365 Sales and Finance and Operations.

Zix Corp. (you know, the folks who just bought AppRiver) pulled the curtain on a newly expanded ZixArchive solution. Cloud-based archiving for email and 48 new data sources can be yours, with advanced eDiscovery and more.

IGEL (thin clients) teamed up with Tehama (security) to deliver AWS Workspaces to end-users via the Teradici PCoIP Software Client for Linux. 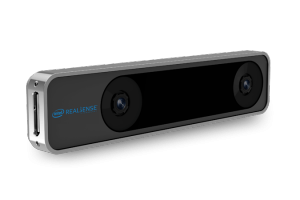 News about other products. Next time someone says, “Here’s looking at you, kid,” they may be referring to the new Intel RealSense Tracking Camera T265 (pictured). The stand-alone inside-out tracking device provides eyes for autonomous devices and more.

Smart things are better than dumb things (like office equipment and coworkers), so check out the new Ricoh IM C Series of intelligent MFPs, part of the new Dynamic Workplace Intelligence approach to continual improvements.

Who wants to go faster? Everybody and her data, that’s who. Hence the new Samsung 970 EVO Plus, the newest hotrod in its Non-Volatile Memory Express (NVMe) SSD portfolio. 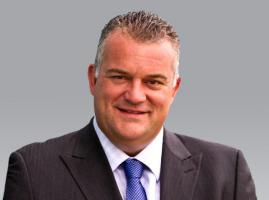 Nintex (workflow automation) signed on the dotted line to use Adobe Sign as the foundation for Nintex Sign. Signs point to integrated e-signatures within the Nintex Process Platform. Signing off.

Partner program news. Kaspersky Lab (security) has a new global partner program, Kaspersky United. Education, sales and marketing help, and certifications in areas such as hybrid cloud security and fraud prevention are just some of the benefits.

The newest Phisher’s Favorites report from Vade Security (email defense) covers Q4 2018. Some things remain the same, some change. Microsoft, for example is still the number one impersonated brand (put that on your foam finger). Netflix phishing spiked in December in general and hit the highest miscreant mischief count on Christmas Day. Really, phishers? You don’t even take Christmas off? Those hackers seem to prefer long weekends, however, since Tuesdays and Wednesdays see the most phishing tom-phoolery. Or maybe they think more workers are available as targets on those days. On weekends, phishers most often impersonate Bank of America, since customer service lines are closed on Sundays.

Taking a different angle, the fifth annual State of the Phish Report from Proofpoint found social engineering cyberattacks jumped about 76 percent from 2017. Good news is that nearly 60 percent of the 7,000 global workers surveyed reported improved phishing detection after awareness training across the social attack vector. Oh, yes, the survey included such fun as spear phishing, SMS phishing, voice phishing, and USB drops. Sadly, credential compromise has increased 280 percent since 2016. When will users stop sharing passwords? And blame the young’uns, since Baby Boomers outperformed all other age groups in fundamental phishing and ransomware knowledge.

The latest report from Synergy Research Group shows the total cloud collaboration market will grow by 9 percent in 2019 to reach over $45 billion. Teamwork applications will lead the charge, up by almost 60 percent in 2019. Following will be communications platform as a service and video as a service, each up about 30 percent. Cisco stays in front and in the fourth quarter pulled further ahead of Microsoft. Up and comers include Slack, twilio, BroadCloud (Cisco), Zoom, Fuze, Dropbox, RingCentral, and LogMeIn (Jive). Slack more than doubled in size year over year. 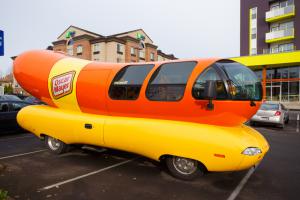 Wanted: Wiener Driver. Unemployment may be down, but we bet this job will get more than a few applicants. Oscar Meyer announced it needs a new “Hotdogger” to drive the famous Wiernermobile. The job starts in June, but the application window closes January 31, so get your buns in gear.

Requirements don’t mention race car driving experience but focus on details like a degree in public relations, journalism, communications, advertising, or marketing. We suppose shy people are out, since the job entails visiting stores, military bases, and charity events all over the country.

The job doesn’t have perks but “condiments” which include a competitive salary, benefits, and clothing. And, of course, a “company car” like no other. Let’s hope Oscar Meyer pays for the gas, because the Wienermobile is large and not at all aerodynamic. Must get horrible mileage, but huge amounts of attention.

Kaseya Has Faster Patching, Cloud Management, and Cloud Security on its Roadmap for the Year Ahead
END_OF_DOCUMENT_TOKEN_TO_BE_REPLACED

LG Gram for Business 17 (2020): Big Reasons to Like It
END_OF_DOCUMENT_TOKEN_TO_BE_REPLACED