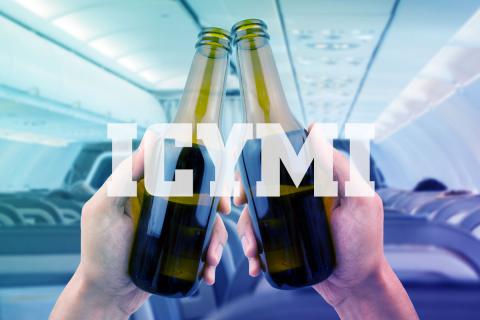 New Chromebooks from HP and Acer, new executives for D&H and Broadvoice, and a new, cold, and sudsy definition of “service animal” are all among the stories we’re just now bringing your way. By James E. Gaskin
Tweet

Welcome to the dregs of January and another weekend of snow, ice, and rain. The storm will move from the Midwest through the Great Lakes and on to the Northeast. Luckily there’s only one more week until the Super Bowl and we’ll finally get our most important question answered: What’s the deal with Mr. Peanut? 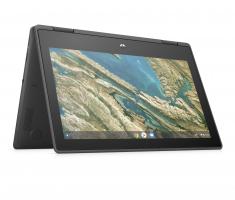 Ed tech news. Forget pencil and paper, the student of today learns on Chromebooks, at least according to BETT 2020, the first big educational show of the decade. HP announced two new tools there, the HP Chromebook 11 G8 EE and the HP Chromebook 11A G8 EE (pictured). Thin 11-inch devices that are tough enough to survive a long school day, the two run the Chrome OS for fast booting. Spill resistant keyboards and enough durability to keep running after being dropped will no doubt come in handy. Intel and AMD processors available.

Also unveiled at BETT 2020, the Acer Chromebook 712, a 12-inch model with the latest 10th Gen Intel Core processors. One of their tests? Keep on computing after being stepped on by up to 132 lbs. of “downward force,” which is PR talk for “student.” Chrome OS and all the latest Wi-Fi goodies as well. 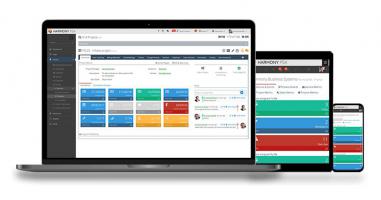 Products that cut class. Everyone used to want the world on a string, but now they want it in their pocket. Harmony PSA users should check out the iOS and Android apps that are now free to licensed users. Officially in beta at present with an early February full release date. 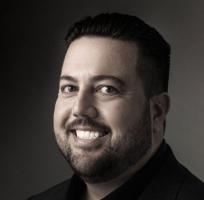 Broadvoice made some exec changes to improve their UC platform. George Mitsopoulos (pictured) moves from COO to take on the new role of CPO (i.e. chief product officer). Herb Pyles will join the company to take over the COO position.

FireMon announced that Andrew Warren will join as the vice president of global channel sales. Lunch is on Andy!

VMware will acquire Nyansa, a developer of AI-based network analytics. Should close in VMware’s fiscal Q1 FY2021. Terms were not disclosed.

The fourth annual State of the WAN report, “Network Transformation in 2020: Understanding Digital Transformation’s Impact on Enterprise Confidence in their Networks,” from Cato Networks just dropped. 1,333 IT pros from around the world responded to questions about digital transformation readiness. Turns out enterprises who deployed SD-WANs were less confident in their networks after undergoing digital transformation. It’s more than an MPLS replacement, since it applies to the broader needs of the digital biz, such as cloud migration, network agility, global reach, and a mobile workforce. 74% have less confidence in their networks, and 69% said cloud connectivity was a major factor. Only 37% of SD-WAN respondents claimed to be able to protect locations from threats post-deployment. But more than half consider SD-WAN as a way to reduce WAN costs. Too often, though, they find secure mobile access is ignored by SD-WAN. 56% expect networking budgets to grow in 2020, while 73% say the same about security budgets.

The Ponemon Institute, on behalf of Respond Software, surveyed 637 IT security pros in organizations that have a SOC. “The Economics of Security Operations Centers,” found that almost half (49%) are dissatisfied with their SOC in detecting attacks. 58% of those who then turned to MSSPs reported them as ineffective as well. Cost was one issue, with MSSPs reportedly costing twice as much as staffing and managing a SOC in-house. Yet running your own SOC creates its own set of issues. 70% say their SOC analysts burn out quickly because of the high-pressure environment, causing turnover problems. No surprise that information overload from too many alerts has become one of the main stressors. 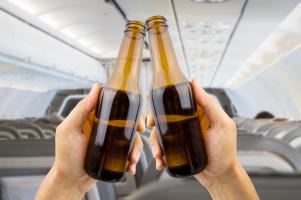 Comfort suds. Everyone understands the need for service animals. Who doesn’t appreciate a dog trained to, say, help a blind person get around? Businesses, restaurants, and airlines accommodate such animals without an issue.

But the “emotional support animal” tag has been misused so often it’s no longer funny. Ducks, alligators, and even peacocks have been trotted out as “assistive animals.”

How do you highlight the stupidity of some of these fools trying to scam the system? Scam it way bigger than they ever did.

Kudos to Brooklyn resident Floyd Hayes who went online and registered his own “service animal”—BEER. Turns out Floyd uses the bus to travel from upstate to Brooklyn on a regular basis and it’s a federal crime to have an alcoholic beverage without prior written consent. Seems the relevant listing website has what may certainly be called loose entry verification processes, since “Beer” is now listed as an emotional support animal.

Yes, a stunt. Floyd considers himself a pioneer in “guerrilla, experiential marketing.” Not surprisingly, Floyd is open to sponsorship by breweries.

Yo, banks. The ICYMI staff feel much more emotionally secure when our pockets are full of cash. We believe emotionally supportive $100 bills would do the trick. Can you help?

ChannelPro Weekly Podcast: Episode #200 - Turning It Up to 11
Are You Playing the Marketing Game with a Full Deck?
END_OF_DOCUMENT_TOKEN_TO_BE_REPLACED

Jabra PanaCast Review - Get Your Huddle On
END_OF_DOCUMENT_TOKEN_TO_BE_REPLACED