ICYMI: Our Channel News Roundup for the Week of January 1st 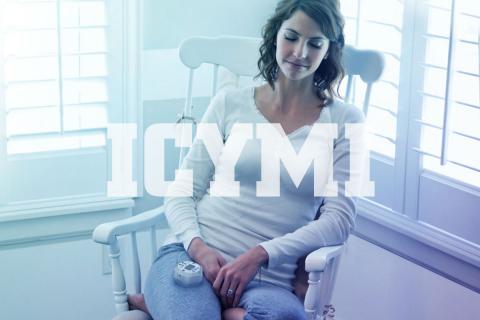 In this week’s collection of stories we missed, Intel experiences a meltdown, NETGEAR releases outdoor Wi-Fi hardware capable of withstanding sub-zero temperatures just in time for the “Bomb Cyclone,” and Silicon Valley—finally—perfects the breast pump. By James E. Gaskin
Tweet

2018 could be a tough year. Old Man 2017 barely escaped, luckily losing only one toe to frostbite. Baby 2018 seems to be buried in a snowbank in Boston.

Everyone knows electronic news slows down in the cold, but not as much as people. So let’s catch up with some of the news we missed while watching snow falling in Florida.

The Spectre of Intel’s CPU Meltdown. We begin with Intel’s official response to the security research findings about the virtual memory and parallel processing problems in its processors. “Intel believes these exploits do not have the potential to corrupt, modify or delete data,” says this official News Byte. Furthermore, “Based on the analysis to date, many types of computing devices—with many different vendors’ processors and operating systems—are susceptible to these exploits.” Look how generous Intel is being—sharing the flaw with AMD, ARM Holdings, and others.

One day later, progress has been made, says an Intel news release. “Intel has developed and is rapidly issuing updates for all types of Intel-based computer systems—including personal computers and servers—that render those systems immune from both exploits (referred to as “Spectre” and “Meltdown”) reported by Google Project Zero. Intel and its partners have made significant progress in deploying updates as both software patches and firmware updates.”

Leave it to the boffins at The Register to find the best computer programmer derived acronym anywhere: “The fix is to separate the kernel’s memory completely from user processes using what’s called Kernel Page Table Isolation, or KPTI. At one point, Forcefully Unmap Complete Kernel With Interrupt Trampolines, aka FUCKWIT, was mulled by the Linux kernel team, giving you an idea of how annoying this has been for the developers.”

Intel says there has been no exploit that they know about for these issues, and they continue to work with other industry players to address the problem. AMD countered, claiming, “Due to differences in AMD’s architecture, we believe there is a near zero risk to AMD processors at this time.” However, AMD said there are three variants for exploiting the weak point, and “AMD is not susceptible to all three variants.” C’mon, guys, is that a careful way of saying none of the holes applies to your chips, or that two of them do?

One thing most experts agree on is that “normal” users (and how many of your clients are “normal?”) should experience no problem, but heavily virtualized applications like cloud services may have issues. Google, and its Project Zero team, which found the vulnerability, says all G Suite applications have already been updated to prevent all known attack vectors.

Amazon Web Services provided details about how it’s handled the issue too, and Microsoft pushed out an emergency Windows 10 update as well.

Curious to know more? You can read the Project Zero report for yourself.

Happier product news. Who needs better Wi-Fi coverage? Everyone, says NETGEAR, as it rolled out the new Orbi Outdoor Satellite (pictured). Stream or capture 4K HD video up to an extra 2,500 square feet. Timely benefit: it works in sub-zero weather, so you too can put snow videos on YouTube.

Big and sharp monitors are one thing, but with CES coming up fast Sharp has rolled out an Ultra-HD Interactive Touch Screen Display, part of the AQUOS BOARD family.

With eyes of its own on CES, Dell unveiled the latest edition of its XPS 13 notebook.

Epson collaborated with Sensics to boost its Moverio Augmented Reality smart glasses with a device plug-in based on the Open Source Virtual Reality platform.

Be more careful what you put in your emails if your company adopts the new automatic email archiving system that Cyren has added to its SaaS security platform. You wouldn’t want it scooping up anything that might embarrass you during a compliance audit, would you?

Happy news of other kinds. Microsoft signed the papers to acquire Avere Systems and its high-performance NFS and SMB file-based storage for Linux and Windows clients.

Arrow Electronics planted another flag in the IoT mountain with the agreement to acquire eInfochips, a big-time Internet of Things design and managed services company.

Reinvent Telecom has promoted Ray Napoletano (pictured) to VP of sales and made David Ansehl its new senior channel manager.

OPAQ Networks, a network security cloud company for MSPs and MSSPs, has moved to a 100 percent channel-sales model.

New smart device for new mothers. The Bros of Silicon Valley (and wouldn’t that be a disturbing reality TV show?) have received plenty of justified criticism about a lack of sensitivity toward women’s issues. OK, complete cluelessness. So how did a major breakthrough in breast pump technology come from the Valley?

Because the new Freemie Liberty mobile breast pump was developed by a working mother, in this case Stella Dao, M.D. Building upon her earlier Fitme brand of concealable breast pump systems, Dr. Dao added a programmable sleep timer, so new mothers don’t have to hold the pump, forcing them to stay awake. A normal bra holds the combo cup, funnel, and milk storage unit. Run flexible tubing to an approved breast pump, and grab some zzzz’s. After a set time, the pump will stop. That will probably wake the mother, but 20 minutes of nap time is worth her weight in diapers.

You may think this is a solution in search of a problem. Wrongo. My daughter just had her first baby, Milo, so every other baby boy in America is now fighting to be the second-cutest grandchild. I asked if she would use this, and more, would she maybe wear this while teaching.

“Honestly, I probably would,” she said. “The newborn days are tough.” This from the mother of the best-looking baby in the country. But don’t just take my word for it. My wife agrees.

Jabra PanaCast Review - Get Your Huddle On
END_OF_DOCUMENT_TOKEN_TO_BE_REPLACED