ICYMI: Our Channel News Roundup for the Week of January 14th 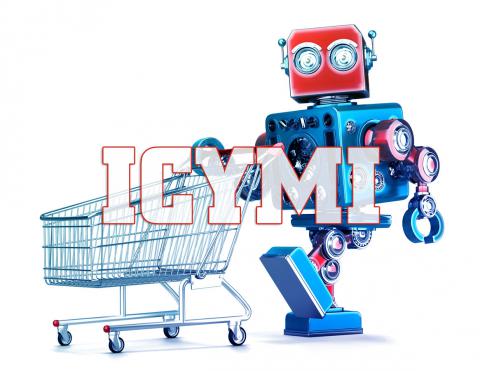 An alliance between Microsoft and Walgreens, a new backup service from AWS, and an absolutely adorable robot overload/grocer are among the stories we really, truly meant to tell you about earlier this week. By James E. Gaskin
Tweet

What an interesting week this has been. We’re post-CES (still trying to get over the glow in the dark toilet with underglow LEDs like a car) and deep into yucky weather. Blizzards and huge snow on both coasts and arctic air invading the middle of the country. Good luck if you have tickets to the game in Kansas City on Sunday evening. But don’t freeze until you catch up on the news bits that slipped by this week. 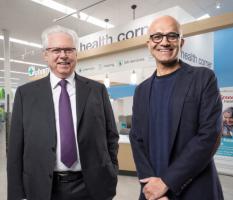 IoT news. The Internet of Things can improve many business areas, and now Microsoft and Walgreens want to use IoT to improve healthcare delivery—and maybe jazz up retail just a little in the process. The odd couple alliance signed a multi-year contract to gin up some R&D and improve the healthcare mess.

If you’re in Vegas, your drive to an IoT-enabled Walgreens might be courtesy of a smart city partnership between Cisco and Iteris. The two companies will use Iteris informatics and Cisco Kinetic software to better manage traffic flow and keep pedestrians safe.

AWS news. Sure, clouds are pretty darn reliable, but anywhere you have data you need backup. Being cloud-based, the new AWS Backup service is a fully managed and centralized backup service. Covers any AWS data in clouds or on-premises.

Stacking alert: Aptilo launches zero-touch Wi-Fi for IoT devices running on AWS. IoT and AWS meet again, and the new service is based on the Aptilo Service Management Platform. 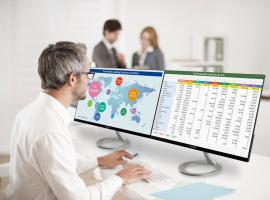 Other products made news, too. Still in the cloud, LogicMonitor upped its DevOps toolkit with Kubernetes container monitoring and LM Service Insight. The latter provides dynamic resource grouping of resources that support a common application, service, or cluster into one logical group.

Aerohive announced availability of its A3 Secure Access Management. A3 started on-premises but now covers local and cloud installations.

Take a look (sorry) at Sharp’s three new space-saving desktop monitors (pictured). A two-millimeter bezel makes the 1920 x 1080 monitors in 22-, 24-, and 27-inch versions a natural for modern (as in tighter) desk installations.

Speaking of desks, save more space with a headset rather than a clunky desk phone. Avaya touted a new group of L100 professional grade headsets (with and without cords) and the Essential Experience J100 Series of desktop devices to support Broadsoft UC features.

Or Plantronics’s new portable and personal USB speakerphones for PCs and mobile devices. Both the Calisto 3200 and Calisto 5200 models have 360-degree microphones for better clarity.

Once upon a time, presentations meant a Kodak Carousel. Now multiple PCs and other devices demand access to projector inputs. Hence the new ATEN Technology presentation switch series. Up to six HDMI and three combo inputs with two HDMI outputs and support for multiple audio options.

Elo (retail tech) expanded its family of POS and self-service products with additions to its EloPOS System for Windows, Elo PayPoint Plus for Windows, and the 1302L 13-inch touchscreen monitor.

Epson has a wide range of scanners, and now bundles its new ScanSmart Accounting Edition Software with several WorkForce models. Add accounting support to existing ScanSmart Software for $99. A 30-day trial version is available too. 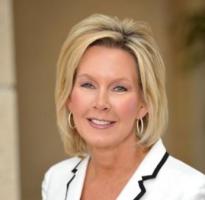 Who doesn’t need more problem-solving employees with critical thinking skills? Not nobody, that’s for sure. Hence the new CompTIA A+ 1000 series exams with content that emphasizes said problem solving and critical thinking.

If crime doesn’t pay, why does new research from Accenture estimate that companies could incur $5.2 trillion (yes, that’s a T) of direct costs and lost revenue because of cybercrime over the next five years? So says Securing the Digital Economy: Reinventing the Internet for Trust, a survey of more than 1,700 CEOs and other execs across the globe. One scary quote? “Internet security is lagging behind the sophistication of cybercriminals and is leading to an erosion of trust in the digital economy,” says Omar Abbosh, head of Accenture’s global Communications, Media & Technology operating group. Four of five respondents believe the growth of the digital economy will be “severely hindered” unless internet security dramatically improves. Making things worse? Three of four survey takers believe consumers can’t trust their own online identities because so much of their personal data is already available to miscreants.

WhiteHat Security released new threat research titled Top 10 Application Security Vulnerabilities of 2018. Sounds like a very sad “greatest hits” list, right? Examples: some WordPress sites are vulnerable to denial of service attacks using the load-scripts.php file. Another issue? jQuery File Upload can be used to create a shell that’s uploaded to run commands on the server, a problem since 2015. Let’s hope they have a hard time counting up 10 next year (/Pollyanna mode off).

Time for a bit of better news. Salesforce released its 2018 Holiday Shopping Report. Retailers saw strong digital growth this season, and about half of the shopping was done by December 3. Over 80 percent was complete in time for the Post Office shipping deadline on December 14. Not surprisingly, mobile devices executed more shopping transactions than did desktops. AI-driven “product recommendations” (fancy speak for ads?) engaged with 16 percent of buyers, and social media was the breakout channel for holiday traffic. Big dogs Facebook and Instagram triggered 93 percent of social-referred visits. 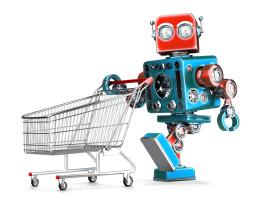 Robot Overload in Aisle 7. If you shop at any of the Pennsylvania-based Giant Food Stores chain’s 172 locations you will soon be greeted by “Marty,” a tall gray robot with googly eyes. Admit it, if the Terminator had googly eyes, nobody would fight back, right?

Fortunately, fighting isn’t programmed into Marty the robot greeter. What will he do? Perform price checks and help identify hazards such as food spills, among other things. Annoying child alert? Not needed because the kids send out their own alarms, usually by screaming, “but I WANT THAT COOKIE” and the like. Marty should be deployed in all locations by the middle of this year.

Marty is supposed to free up employee time to better help customers. Maybe we should have him hang out at checkout lines to zap all the fools who sneak 19 objects into the “10 items or less” line (and change “less” to “fewer” on the sign while he’s at it). Marty, the googly-eyed grocery enforcer. Cool.