ICYMI: Our Channel News Roundup for the Week of January 13th 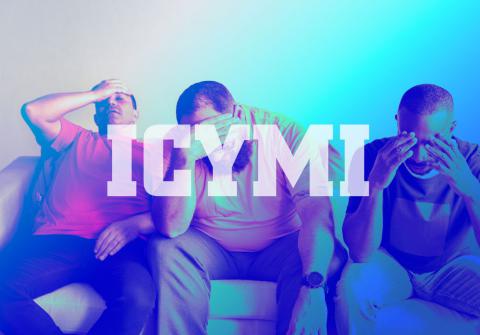 Business-grade support from the makers of G Suite, retail industry functionality from the makers of Azure IoT Central, and a new use for medical marijuana just in time for the NFL playoffs are all among the stories we took our sweet time bringing your way this week. By James E. Gaskin
Tweet

The holidays seem far behind and far ahead of us, so all we’re left with right now are football playoffs and some serious winter weather. 170 million of us will be thoroughly inconvenienced by ice, snow, and cold that stretches from the Pacific Coast all the way to the Atlantic. Green Bay is playing at San Francisco for the NFL conference championships, so the weather should be OK. The Tennessee Titans are playing at Kansas City in an open-air stadium, so the MVP of that game could be thermal underwear.

Pulling out the checkbook (remember those?), Google acquired AppSheet. The no-code application dev platform has a large number of enterprise customers already. Will help tie in all sorts of apps like Google Sheets and Forms to legacy software as well as Android, Maps, and Google Analytics.

For buzzword parity, let’s talk mobility, as in Samsung, Microsoft, and Verizon teaming up to bring the new Samsung Galaxy XCover Pro (pictured) to the U.S. market. The ruggedized smartphone includes push-to-talk and can be optimized to a variety of verticals.

You might buy that new phone at a retailer relying on Microsoft Azure IoT Central for supply chain optimization, digital distribution, and in-store analytics. Check out the sixth IoT Central retail application template for a head start. 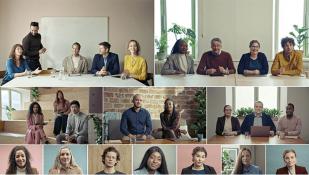 Other product news. WatchGuard has extended its pay-as-you-go FlexPay payment option for MSPs to its network security hardware and services. The company dares you to find another vendor with subscription-priced network security goodies.

Still need to measure to manage? Good news for Citrix users then, as Citrix Analytics for Performance just launched. Go beyond monitoring just the server part of the equation and dive deep into user experience (UX).

Zyxel pulled the curtain on a major redesign of its Nebula Cloud Networking Solution. New user interface, easier for SMBs and MSPs, and new intelligent management tools for the Nebula family of access ports and switches.

Hate traveling, especially in the winter months with so many weather delays? Perhaps video meetings can be an alternative with the help of Pexip’s Adaptive Composition (pictured). The AI-powered tech uses real-time face detection, auto-framing, and optimized screen real estate to allow participants to focus on collaboration and not glitchy video.

WhiteHat Security will offer free application scanning services to federal, state, and municipal agencies in North America to protect them and their critical infrastructure from increasingly common attacks.

CyberArk unveiled just-in-time access capabilities to improve efficiency in its privileged access management tools. Get some help managing those SSH keys along with other improvements.

People can’t buy what’s not on the shelf, so Zebra Technologies introduced SmartSight, an intelligent automation solution that physically scans shelves and generates tasks to restock where necessary.

Teachers need something bright to distract students from playing on their phone during class, so hello to the new Epson PowerLite Projectors built specifically for the K-12 market. Up to 4,200 lumens of bright color, multiple image sources, and built-in moderator functions put the Three Rs front and center.

LogMeIn launched GoTo Marketplace, a single stop for all the applications and productivity tools that integrate with the GoTo suite of UCC products. 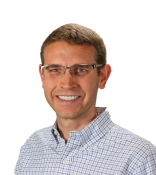 SaaSMAX just ramped up its PartnerOptimizer program with Chris Gardner now advising on sales and go-to-market strategy. But wait! SaaSMAX also announced Stephen Orenberg will be joining its Strategic Advisory Board.

The Welcome Wagon rolled over Avaya’s toe on its way to greet William Madison, who joins as vice president of cloud sales for North America.

Intel announced the appointment of Archana (Archie) Deskus as senior vice president and chief information officer, effective at the end of January. She moves over from her senior VP and CIO post at HPE.

Robert Bearden has been appointed as the new president and chief executive officer (CEO) at Cloudera. Bearden joined the company when Hortonworks, where he was co-founder and CEO, merged with Cloudera in 2019. 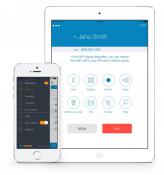 Vendor news with no products and no HR angle either. D&H just added RingCentral to its portfolio of “as-a-service” cloud offerings. D&H partners can now also resell broadband services from a long list of Tier 1 regional telecom, internet, and cable providers.

Ingram Micro announced winners from two of the 16 cities running its Comet Competition. Congarats (music) to Invoiced of Chicago and Balbix of San Francisco. Both are now in the running for the $1 million global grand prize.

LogicMonitor acquired Unomaly of Stockholm, Sweden. This accelerates its AIOps roadmap to better leverage automation to resolve IT infrastructure issues.

Are the budgets at your customers going up? They should be, since Gartner’s “IT Spending Forecast, 4Q19: Emerging Technologies in 2020” free webinar says IT spending will increase 4.3% from 2019 to a 2020 total of $3.9 trillion. No recession in sight bodes well for IT spending, and areas like software will hit 10.5% growth, mostly driving by SaaS. Non-cloud software will grow, but not as much. 2021 spending should hit $4.007 trillion, with only devices not hitting positive growth numbers from 2020 to 2021 thanks to less-expensive phone options from emerging countries. Data center systems, which was down 2.7% in 2019, will rebound with 1.9% growth in 2020 followed by 1.5% growth in 2021.

According to the IDC Worldwide Quarterly Personal Computing Device Tracker, global PC shipments beat expectations by shipping just under 71.8 million units. That’s the highest quarterly growth seen since the end of 2015. This should end seven consecutive years of market contraction. The holiday quarter was good for PCs in 2019, and three of the four quarters delivered year-over-year growth. The push to upgrade from Windows 7 to Windows 10 played a part, and the top three players (Lenovo, HP, and Dell) had a combined share of just over 65% of the market in 2019. Our Canadian friends posted an impressive 15% gain in year-to-year desktop shipments.

Less positive news for MSPs. The Dark Cubed report, “Attacking the Gatekeepers: MSP Report,” found that 100% of reviewed MSPs suffered either direct attacks, automated ones, or both. Calling it a “new era of cyber risk,” Dark Cubed’s research found a level of organization and sophistication not previously seen from malicious actors focused on MSPs. A botnet with 20,000 unique IP addresses from 149 countries attacked a single MSP network, for example. Since MSPs today serve over 64% of the SMB business market, criminals are focusing on them more and more.

IDC’s Worldwide Quarterly Mobile Phone Tracker report says the used smartphone market will grow to 332.9 million units with a value of $67 billion by 2023. That’s way up from the 175.8 million units shipped in 2018. Used phones offer considerable savings, and OEMs don’t always hit that magic sweet spot of new models at a price that makes sense to the consumer. As phones makers switch over to 5G, used phones traded in will impact the market as well. About a quarter of the market is in North America and three-quarters in the rest of the world. 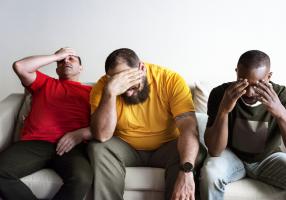 Doc, do you feel my pain? Medical marijuana offers comfort to those afflicted with a variety of ailments, and states are becoming more supportive all the time. But there may be a limit to the types of pain accepted by state medical boards.

One excellent example: Ohio. The state medical board there currently has 28 petitions to add new qualifying conditions for medical marijuana treatment. Most interesting: being a fan of the Browns or Bengals football teams.

Yes, really. Being a Browns fan isn’t the same as having anxiety, depression, or autism, all allowable. On the other hand, watching the Bengals and Browns has certainly made a huge number of fans anxious and depressed. And although you can blame the teams for causing anxiety and depression, convincing a state medical board to allow medical marijuana as a treatment will be tough. Unless the board members got beat by the spread too often last season.