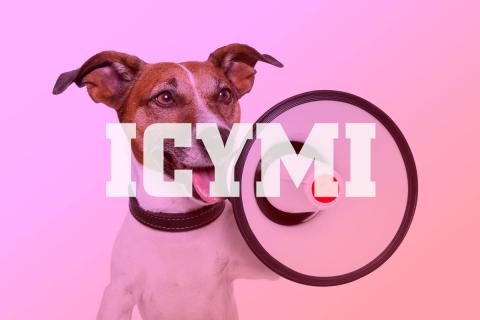 CES goodies and more CES goodies, including a smart dog collar that tells you what Fido is trying to say when he won’t stop yapping, are overrepresented in the embarrassingly tall stack of stories we waited until now to tell you about. By James E. Gaskin
Tweet

Looks like our hopes of flipping the “Good Luck Now” switch on January 1 didn’t work as planned. This weekend, for instance, the Midwest gets a blizzard, and snow will hit the northiest-east states over the weekend, with plenty of rain up there through the weekend for those missing out on the snow. Rain or snow, just stay inside and read these dry and warm newsbits, including many many many from CES.

Think reality needs a boost now and then? Check out the new Lenovo ThinkReality A3 lightweight smart glasses. Immersive, but not isolating, power for augmented reality on select Motorola smartphones or a PC. Industrial frame options allow flexibility to deal with multiple work environments. (There were new ThinkPads and ThinkBooks from Lenovo too).

Gamers on the move should check out the updates and refreshes to the Acer Predator Triton 300 SE, Predator Helios 300, and Nitro 5. 11th Gen intel Core H35-series processors and NVIDIA GeForce RTX 30 Series GPUs keep the action fast and hot. For the non-gamers, Acer has new Aspire 5 and Aspire 7 notebooks powered by AMD Ryzen 5000 Series mobile processors. These use less power but have more cores, up to eight, doubling the data rates with the lower-power, higher-bandwidth memory versus earlier models.

Dynabook has some new laptops as well, with 11th Gen Intel Core Mobile vPro processors. Check out the Portege X30L-J and Portege X40-J with Intel Evo vPro platforms and the Intel Iris Xe graphics on the Tecra A30-J. The Portege X30W-J is so light Dynabook calls it “gravity defying.”

AMD announced a full slate of AMD Ryzen 5000 Series mobile processors, providing the efficient and powerful Zen 3 core architecture to the laptop market. Includes up to 8 cores and 16 threads.

NVIDIA rolled out another board with its Ampere architecture, the GeForce RTX 3060 GPU. Deets:

More CES news. Slow Wi-Fi is so 2020. Talk to Linksys about the new AXE8400 Wi-Fi 6E Mesh System powered by the Qualcomm Networking Pro 1210 Platform for up to double the performance of earlier wireless. Three bands of fast networking, along with Linksys Aware if you want to get meshy with it.

TP-Link has a suite of new Kasa products for the new smart home. Included are the Motion-Activated Kasa Smart Dimmer Switch (KS220M), Kasa Smart Wi-Fi Light Switch with 3-Way Dimmer Kit (KS230KIT), and more, like cameras and smart doorbells. Need a network to tie them all together? Try the Deco Mesh Wi-Fi 6E and Archer router and the AX7800 Whole Home Mesh Wi-Fi 6E system. Or one of the other new routers from TP-Link.

Need some fast and portable storage? Check out the new Western Digital SanDisk Extreme Pro Portable SSD with a 4TB solid state drive. Or one of the lower capacity models, all encased in a metal housing for protection.

Wintel news. Intel welcomes back Pat Gelsinger (pictured) as its new CEO starting February 15. He spent 30 years there before serving as CEO of VMware since 2012.

If you work with members of the U.S. government’s Defense Industrial Base, you should probably take a look at the Microsoft Government Community Cloud High (GCC High). Microsoft Azure Government and Microsoft 365 GCC High now support both federal agencies and their suppliers. 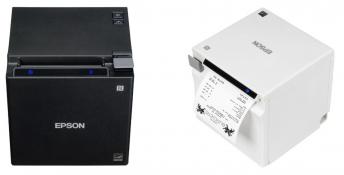 To keep those customers in your pocket, the new Salesforce Loyalty Management product stands ready to help. Built on the Salesforce Customer 360 Platform.

A new teamup of Digital Defense Frontline.Cloud and Cortex XSOAR from Palo Alto Networks tracks network segments that are under attack or at high risk, develop a playbook, and take remediation steps.

Prime Plus, from Cowbell Cyber (as in cyber-insurance), offers businesses with up to $1 billion in revenue an additional $10 million in excess limits.

Wanna compute securely anywhere? Try the new IGEL UD Pocket2, a portable USB device with USB-A and a USB-C connectors to provide access from any x86-64 endpoint to your managed cloud or VDI workspace.

Hospitals overflow with networked devices down to and including Internet of Things devices new to healthcare. To help wrangle all this, check out the new Zyter Smart Hospitals service. Bed device monitoring, asset monitoring, and much more. 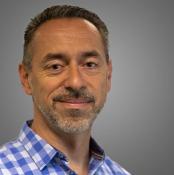 James Phillips is the new CTO at Rev.io.

Datto joined the Multi-Sector Ransomware Task Force, run by the Institute for Security and Technology.

The security boffins at Sophos are now a Common Vulnerabilities and Exposures (CVE) Numbering Authority.

D&H and DLL financing extended the disti’s coronavirus-inspired 60-day repayment terms until the end of 2021.

LogRhythm acquired MistNet to add its cloud-based analytics platform to the SOC tools it offers.

Over the next six months, those in the Akamai Partner Program will migrate to a new program that enhances their ability to deliver high-value services.

Cybersecurity company Forcepoint is now officially, formally, and finally owned by Francisco Partners, who bought the group from Raytheon Technologies.

Do you feel better about putting your data in public clouds? Barracuda commissioned Cloud networks: Shifting into hyperdriveto find out. Three quarters of orgs use multiple cloud providers, meaning 56% struggle to manage seamless availability. Nearly 70% report performance issues running SaaS workloads like Office 365. More than 60% say their MPLS costs increase heavily with seasonal workload peaks. Nearly 80% have deployed at least one Azure-based network. 70%+ play to roll out an SD-WAN solution in the next 12 months, but 60% say they’re hesitant because of fears of complexity and cost. Does make you feel better or not about public clouds?

You’d certainly feel better if there were fewer gaps in your network management tools. Auvik released the 2021 Network Field Report, which surveyed IT pros across North America and found that only 36% of them backup their network device configurations weekly. But hey, configs never change, right? Oh, they do? Newer and smaller orgs are the worst about crossing their fingers rather than backing up configurations. IT folks feel they’re spending less time on reactive tasks (48%), but still spend too much time on tasks that should be automated, including documentation (58%), mapping (55%), and those pesky network config backups. More than half (52%) of their time is spent on projects they hate or tolerate. Only 30% of IT pros are evaluated based on uptime/downtime or number of closed tickets. Overall cost is the main success metric at 54% of responding orgs.

Nintex released findings from its Workplace 2021 Study and confirmed one of the things employees have been telling their bosses for years: working from home makes them more productive. 1,000 U.S. based full-time American workers at companies with 501-50,000 employees found that 70% report working from home has been better and more productive than they expected. No commute, more family time, fewer interruptions (wonder how many check their email during Zoom meetings?), and improved work-life balance. 37% want more automation software to help them be even more productive. 41% report they’re already getting more done in less time per week. Of those now at home, 56% are very excited by the prospect of their companies pulling them back into the office. 50% said their work life would improve if they worked remotely permanently. 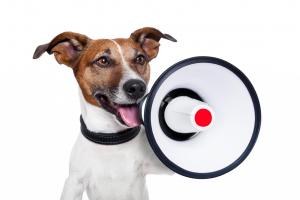 Latest example? A South Korean startup named Petpuls that makes a collar for tracking what dogs are saying when they bark. The collar collects the bark sound, connects to your smartphone, and tells you whether your dog is happy, relaxed, anxious, angry, or sad. It also tracks the dog’s physical activity and rest. They claim 90% average accuracy based on their 10,000 test barks from 50 breeds. The large collar is $109, while the smaller model costs $99.

Dog owners may take issue with the list of words or “emotional states” tracked by the AI-based canine translator. It takes little time to figure out when dogs are barking to get out or get back in, or barking because they’re ready to eat or want a treat.

If the South Koreans really want to help, they need to find a kill-switch for the barking when your dog sees what they think is a horrible monster about to break into your home and kill everyone. You know, the mailman or mailwoman, a leaf, or maybe just the wind blowing. Until then, just keep yelling “shut up!” over and over like you do now.