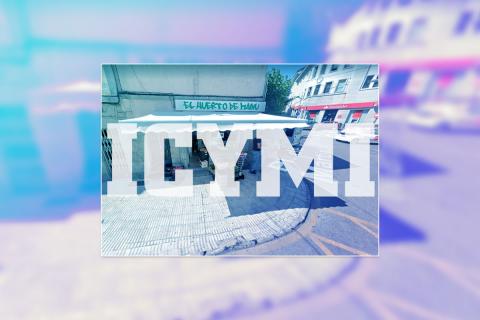 Help for frontline workers from Microsoft, new execs for Intel, Datto, and Pax8, and a nifty new mafia-busting use case for Google Maps are among the stories we’re bringing your way just in time for the weekend. By James E. Gaskin
Tweet

Weather people seem obsessed with naming things now, including Winter Storm Izzy (yes, the same name as your silly cousin) this weekend. Expect Izzy to drop rain, snow, and ice from Jackson, Miss., to Maine. A foot of snow in Ashville, N.C.? A half-foot in Nashville, Tenn.? This is the worst reality TV show we can remember. Good thing these hot newstips will keep you warm. 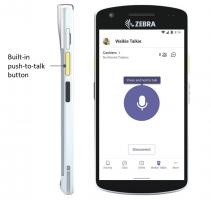 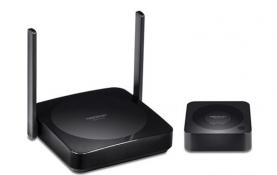 Other product news. Just launched, the Logicalis Collaboration suite helps you manage, measure, and scale the collaboration experience for the digital workplace. Built on Cisco and Microsoft technologies, the suite is delivered as a managed service.

TRENDnet launched its new wireless presentation system (pictured) made up of the 4K Wireless HDMI Extender Kit with Audio Support (TWP-100R1K) and the 4K Wireless HDMI Add-On Transmitters (TWP-101T). The TWP-100R1K kit includes a TWP-101R receiver and one TWP-101T transmitter. Plug and play, and four users can share their screens simultaneously with a total of 32 connected users.

SalesChain integrated its cloud-based sales and business management solutions with Voice over IP (VoIP) provider RingCentral. SalesChain users can initiate calls in their database with a single click and track the time and duration of the call in the notes field automatically, with room for additional notes by the user. 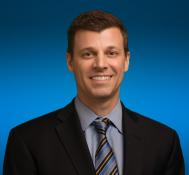 On the other side of the country, Datto rolled out its red carpet for new Chief Marketing Officer Brooke Cunningham.

Hail to another chief, this time the new chief technology officer at Pax8, Scott Chasin.

Canadian managed services collective MSP Corp has three new folks on its board: Michael Notto of BDC Capital, Stephan May of Welch Capital Partners, and Scott McDonald of AWS.

Speaking of holiday spirit, Huntress has donated $100,000 to the Dutch Institute for Vulnerability Disclosure, a volunteer-led organization that analyzes threats and reports vulnerabilities.

Kaspersky’s Cybersecurity in 2022: Budgets, Insurance, and Vendor Relationships took a look at planned organization budgets for cybersecurity and cyber insurance, along with how vendors are planning ahead for the cybersecurity needs of their customers in 2022. 86% of IT decision makers in North America plan to set aside budget for cybersecurity in 2022, with 85% saying their budget will increase up to 80% in the next 12 months. On the insurance side, 28% said they annually invest from $25K-$50K per year on same. The top three criteria they would be willing to meet for insurance include security controls (70%), compliance (52%), and education (44%). What, less than half are willing to train employees to be more security aware to get insurance? Seems shortsighted. When dealing with the after-effects of an attack, 25% blamed vendors, followed closely by blaming the internal IT team (23%). 41% said they’d ask their cybersecurity vendors for ideas on ways to avoid future attacks. Or you could suggest they ask before they get attacked, and maybe avoid the whole mess.

The latest state-of-the-industry report from ISG, the Americas ISG Index, found record high sales for IT and business services sales in 2021, but flattening demand in Q4. Commercial contracts with annual contract value (ACV) of $5 million or more hit a record $41.7 billion, up 27% since tracking began in 2014. Although Q4 ACV of $11.5 billion was 52% higher than the previous year, it slightly trailed Q3’s ACV of $11.6 billion. The Americas everything-as-a-service (XaaS) market jumped 32% to a record $25.5 billion while infrastructure as a service rose 34% to a record $17 billion. SaaS totaled $8.5 billion for a 29% rise. XaaS contracts will grow 20% in 2022, at the bottom end of the 20% to 25% rise in recent years.

Does it matter where users download malware from? It does to the 2021 Netskope Cloud and Threat Spotlight as they found that more than two-thirds of malware was downloaded from cloud apps last year. In a win of dubious distinction, Google Drive took over the top malware download location this year from Microsoft OneDrive. The most common ruse? Malicious Office documents jumped from 19% to 37% of all malware downloads, nearly double over last year, pointing to security risks of cloud applications. 66% of malware is now delivered from cloud apps compared to traditional websites, up from 46% at the beginning of 2020. More than half of managed cloud apps are hit with credentialed attacks, using common passwords and leaked credentials scoured from other services. Sneakily, 98% of attacks came from new IP addresses. 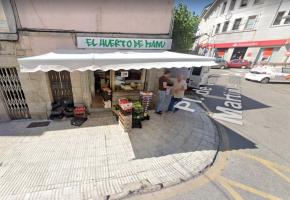 Google 1, Mafia 0. Many find perusing Google Maps images a relaxing way to escape and see the world. People see all sorts of interesting things in the unending scroll of Google Map images.

For example, take convicted Italian mafia member Gioacchino Gammino, a murderer on the loose for nearly 20 years. Someone called the police after seeing a Google Maps image of the fugitive.

Noticed outside the El Huerto de Manu shop in Galapagar, Spain, escaped murderer Gammino’s identity was verified by: Facebook. It seems he worked as a cook at La Cocina de Manu, and his face was on the restaurant’s Facebook page.

ChannelPro SMB, January 2022
Tech Talent and Diversity Predictions for 2022: From AI Innovations to the Great Resignation

ChannelPro 5 Minute Roundup for the Week of January 10th, 2022
END_OF_DOCUMENT_TOKEN_TO_BE_REPLACED

LG Gram for Business 17 (2020): Big Reasons to Like It
END_OF_DOCUMENT_TOKEN_TO_BE_REPLACED