ICYMI: Our Channel News Roundup for the Week of February 8th 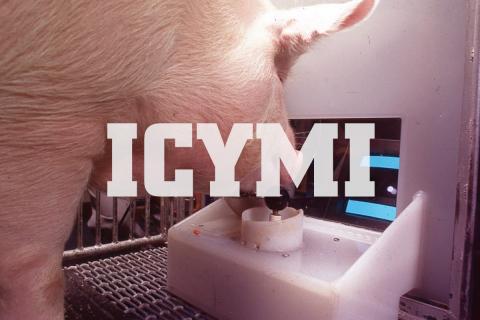 Security updates from PC Matic and Barracuda, new Teams migration features from BitTitan, and research proving that while pigs still can’t fly they can play computer games are among the stories we’ve finally covered for you. By James E. Gaskin
Tweet

Welcome back, old friend Polar Vortex, speeding away from Canada down as far south as Houston and even into Mexico. Now you have a use for that ugly scarf your aunt knitted for you, and your neck will be glad to have it. Lucky for us, these newsbits are hot enough to stay unfrozen. 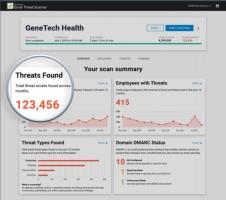 The new security analytics platform, Secureworks Taegis, arrives alongside a world-wide MSSP initiative as part of its Global Partner Program. Focus is on extended detection and response (XDR).

Now part of the Microsoft Intelligent Security Association, eSentire has integrated its MDR solution with Microsoft Defender for Endpoint. Available now to all eSentire partners and customers.

Even power users sometimes click the wrong file name, and normal users often give, um, below normal attention to such details. A new feature in Tessian’s Guardian helps catch critical files attached by accident or skullduggery. 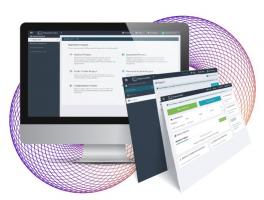 Moving Microsoft Teams accounts will be less painful if you use the new version of MigrationWiz from BitTitan (pictured). Migrate tenant-to-tenant instances of Teams far smoother than a move in real life.

Have customers with more software than they can track, including “new” programs now and then? Check out New Relic One’s newly integrated Full-Stack Observability.

People will let an email box overflow, but everybody picks up their phone when they get a text. So says Pidj.co about its business texting services.

Cherry Americas has a new Cherry Stream Desktop Set that includes its popular Stream Keyboard and a six-button user-friendly mouse. Customize the keyboard and mouse that even includes forward and backward buttons. 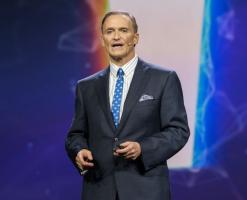 MSP360 tightened its partnership with Wasabi to offer the latter’s integrated cloud storage to its partners. MSPs can provision and manage Wasabi hot cloud storage from their MSP360 Managed Backup Service environment.

Master agency MicroCorp signed a distribution deal with Broadvoice to resell its products, including cloud PBS, UC, collaboration, and more.

Atlas VPN analyzed the data and found that cybercrime cost the world more than $1 trillion (that’s a T) in 2020, around 1% of global GDP. Based on the Hidden Cost of Cybercrime report by McAfee released in December 2020, Atlas found over $945 billion lost to cyber incidents versus $145 billion spent on cybersecurity. Back in 2013, the total lost was $300 billion, so most inflation may be down but not crime inflation. The government sector suffered the most from insider threats, while healthcare saw the most ransomware attacks. Despite this, one in five organizations don’t have any cyber incident prevention plan (crossed fingers don’t count). Japanese groups are most likely to not have cyber protection or response plans for attacks at 4% of respondents. But worldwide, less than half, 44%, consider themselves well prepared to prevent and react to future cyberattacks.

Deep Instinct’s “2020 Cyber Threat Landscape Report” found malware increased by 358% in 2020 over 2021, as if we needed more reasons to hate 2020. Ransomware jumped by 45% in the same period. Emotet malware rocketed an incredible 4,000%. July 2020 saw the largest increase in malware year-over-year. No surprise that Microsoft Office documents were the most manipulated document attack vector, up 112%.

Vade Secure ranks the 25 most impersonated brands in phishing attacks each quarter. “Winner” for the third year in a row was Microsoft, phished with 30,621 unique phishing URLs. Moving up to number two was Facebook, with 14,876 URLs. PayPal, Chase, and eBay filled out the top five. Ranked by industry, the most impersonated were the cloud (33%), financial services (29%), e-commerce/logistics (16%), social media (13%), internet/telco (7%), and government (2%). The pandemic didn’t slow attackers, as phishers came out in force early and stayed late. Everyone can be impersonated now, from the World Heath Organization to HR departments, and probably even you. 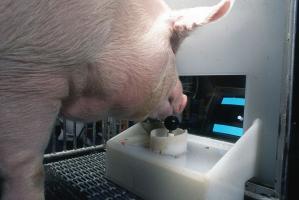 Fragged by a pig. Can we mark this down to scientists going stir crazy during the pandemic? Maybe, because a research paper published in the journal Frontiers in Psychology reported on the results of teaching pigs to play video games.

Similar research on monkeys and chimpanzees makes more sense because they have thumbs to manipulate the joystick. Pigs, being far cleverer than most people realize, used their snouts. Yes, snouts.

Sure, monkeys and chimps met higher requirements thanks to their thumbs, but test pigs Hamlet, Omelette, Ebony, and Ivory steered an on-screen cursor into walls so well that the reward food dispenser broke. Being true gamers, the pigs didn’t quit. They probably didn’t shower or do their homework, either.

If you see a Call of Duty squad filled by Hamlet, Omelette, Ebony, and Ivory, keep an eye on your six.