ICYMI: Our Channel News Roundup for the Week of February 7th 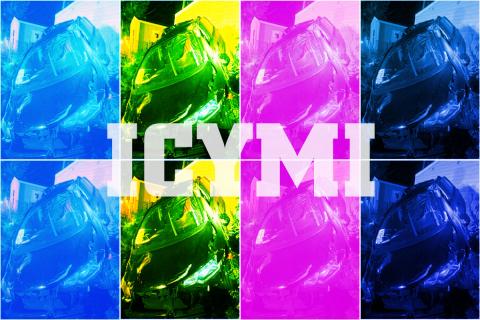 Gadgets from Samsung, a patent for Vade Secure, a printer from Epson, and a candidate for Florida Man of the Year are a handful of the many stories we took our sweet time bringing you this week. By James E. Gaskin
Tweet

Finally, the event on Sunday we’ve waited for the entire year: the 2022 Puppy Bowl! Betting is fierce, with Vegas bookies slightly favoring Team Ruff over Team Fluff. Those who can’t stream the Animal Planet or Discovery channels must upgrade today! And don’t miss out on the Puppy Bowl NFT collection! Or save your money and enjoy these super (and free!) newstips. 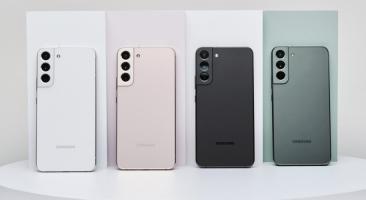 Samsung gadget news. Hello to the Samsung Galaxy S22 and S22+ flagship phones (pictured). First up are the camera improvements, with pro-grade features aided by artificial intelligence. 50 MP cameras with a 23% larger sensor mean new “Nightography” features, plus auto framing to track up to 10 people and stop cutting your weirdly tall cousin off at the eyebrows. More security, faster processor, AMOLED display, speedier internet surfing, 5G, and some retro features like voice calls.

Need one step better? Try the new Samsung Galaxy S22 Ultra that comes with a camera sensor packed with more pixels, the latest 4nm processor with advanced AI and ML processing, Wi-Fi 6E, and a 6.8-inch screen with included S pen for tablet-type use. Memory options range from 128 GB to 1 TB.

If you prefer a tablet, the new Samsung Galaxy Tab S8 Series has a family of choices, from 11-inch to 14.6-inch models with a resolution of 2960 x 1848, powered by a 4nm 64-bit Octa-core processor. All three models (S8, S8+, S8 Ultra) record video at [email protected] fps with [email protected] fps playback. Connect with Wi-Fi 6E.

Samsung also released four generations of One UI and Android OS upgrades covering the Galaxy S, Z, and A series along with the new S8 tablets. Five years of security updates will be available, and Galaxy Enterprise Edition customers will receive a one-year license for Samsung Knox Suite with access to a dashboard to track security updates and more.

Hello to the new next-gen Cybereason XDR for Cloud Workloads, which uses AI-driven behavioral analysis for runtime protection, detection, and response to cloud workload threats at petabyte scale. It works across containers and native and hybrid cloud environments. 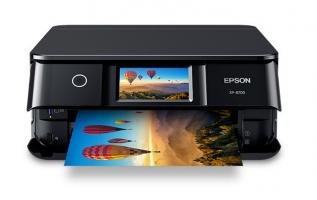 Admit it, your phone is not the best photo display device. Sometimes, paper wins, and the best way to print that paper is the new Epson Expression Photo XP-8700 Wireless All-in-One Printer (pictured), which prints professional quality photos and graphics in the comfort of your own home. See it and tweak it before you print it using the 4.3-inch color touchscreen.

And as long as we’re talking about Epson … Every teacher will tell you getting students to look up from their phones takes constant effort. Epson understands, and introduced BrightLink Academy to help teachers and instructional coaches learn to add more sizzle to presentations. Eduscape will present the e-learning courses at TCEA 2022.

Quest Software updated its On Demand License Management to provide direct actionable insights on Microsoft 365 and Office 365 licenses. Now you can see licensing activity in a single dashboard.

The Agiloft 2021 Winter Release includes updates to its contract lifecycle management app on Salesforce AppExchange that boost collaboration by bringing more departments into the CLM process. 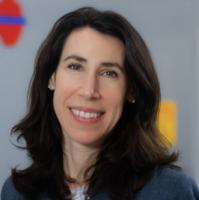 The Welcome Wagon delivered Ghazal Asif to Rubrik to be vice president of global partners and alliances.

Over at Impartner, Brad Pace moves up to become chief operating officer.

Aryaka moved one exec up and two execs in. Dennis Monner takes on the newly created roll of chief commercial officer. Moving in are Renuka Nadkami as chief product officer, and DeAndra Jean-Louis as chief customer officer.

New business cards are on order for John Eldh, moving up to become president of ScanSource.

NTT and ServiceNow are working together to simplify and accelerate the adoption of private 5G using an AI-enabled end-to-end workflow platform.

After a soft launch in 2021, the Vultr Partner Program is now fully open, and already has more than 500 MSPs, resellers, and integrators involved.

The new partner program at NetWitness aims to help MSSPs, resellers, and distributors working with enterprises around the world.

Optiv surveyed cybersecurity leaders for a report titled Zero Trust Strategies for 2022 and found that the top three reasons to go zero trust are to reduce attacker’s ability to move laterally (44%), enforce least privilege access (44%), and reduce enterprise attack surface (41%). Issues that slow zero trust in organizations are too many internal silos or stakeholders for different companies (47%), legacy technologies that don’t “support” zero trust (44%), and lack of expertise to develop a ZT roadmap and policies (39%). However, respondents acknowledged zero trust as important in reducing their organization’s cyber risks and rated ZT as one of the most effective security practices.

The 2022 State of the Workplace: Productivity and Engagement Trends report from ActivTrak Productivity Lab found that 34% of employees still feel overutilized at work at least 75% of the time, compared to only 27% of healthier workers. Hopeful signs of better work-life balance include employees working fewer hours per day with greater efficiency resulting in a 40% jump in productivity. 56,713 employees over the last two years yielded 2.7 billion data points collected across 177 companies. Only 62% of employees have attained the productivity-to-work ratio Productivity Lab recommends, well short of the 80% goal. Overworked employees spend six consecutive days in that state, one day longer than the common five-day workweek and 3x more time than healthy employees. Deep work suffers, since 70% of employees average only about 14 minutes before interruptions. Collaboration tools disrupt focus an average of 70 times per day. 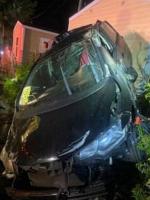 The triumphant return of Florida Man. It’s an amazing trifecta by an unnamed 38-year-old Florida man who has to be in the race for Florida Man of the Year. First, he left a bar where he apparently imbibed a fair amount. Second, he couldn’t find his car, so he stole one. Third, he got the car stuck on some railroad tracks and jumped out right before the train knocked the car into a home. Luckily, no one inside was hurt.

But wait, there’s more! To cap his nomination for FMOTY, he vandalized a fruit stand, then tried to steal a forklift. A guy has to get home somehow, right?