ICYMI: Our Channel News Roundup for the Week of February 4th 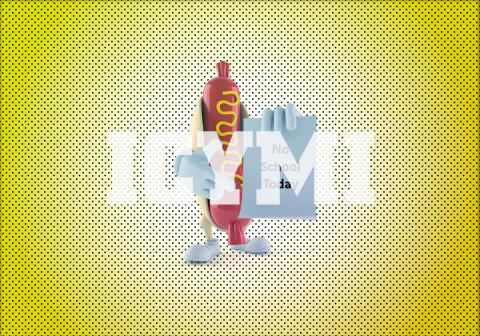 IoT news from Microsoft and others, the world’s first Ethernet switch with HDMI connectivity, and a talking wiener with good news for kids in South Dakota about a snow day are among the stories we really, truly, meant to tell you about earlier. By James E. Gaskin
Tweet

Someone reset the thermostat for the Midwest and Northeast to above freezing, at least for a while, which is great. This break from blizzards means you have no excuses not to properly appreciate your significant other next week on February 14th, known as Valentine’s Day to non-geeks. Warning: extra Fortnite weapons are NOT appropriate gifts. And since you’ve been gaming a little extra during the Polar Vortex, let’s catch up with some of the news we all missed. 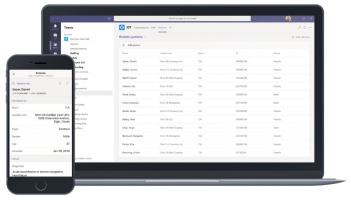 Microsoft news. Microsoft’s been positioning Azure as a go-to platform for the Internet of Things for a while now, and Azure IoT Edge has been providing cloud intelligence to the edge, with the runtime open sourced on GitHub. New this week is that Azure IoT Edge now runs in a variety of virtual machines.

Who needs to communicate better? Well, everybody, but in this case on the eve of the big HIMSS health tech show Microsoft targets healthcare. Microsoft Teams added new capabilities for healthcare like messaging and electronic health records integration (pictured). On another front, the Microsoft Healthcare Bot in the Azure Marketplace provides AI-powered virtual health assistants and chatbots to give patients more information and reduce costs.

Who needs to be smarter? Well, everybody, and to help, the Microsoft Education family now includes the BrightBytes Data Management platform DataSense. 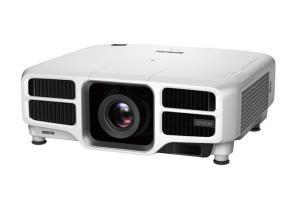 News from beyond Redmond. Epson was a bright spot at the ISE 2019 show in Amsterdam with a new range of compact, interchangeable-lens Pro L laser projectors (sample pictured). New 9,000- and 30,000-lumen models also joined the line. Hope the booth is giving away free sunglasses.

The IP and AV worlds have been colliding for a while (just ask your AV friends). New example? NETGEAR and ZeeVee worked together to create the first Ethernet switch featuring HDMI connectivity for video sources. Check out the ZeeVee ZyPer4k HDMI Module for the 96-port NETGEAR 10G M4300-96X Modular Managed Ethernet switch.

Logitech makes some interesting accessories, including for collaboration platforms. The new Logitech Tap is a touch control display to make collab rooms easier to deploy and use. Try it out with Google Hangouts, Microsoft Team Rooms, and Zoom Rooms.

Speaking of collaboration rooms, microphones can be a real problem. How many do you need to cover everybody? Just one if it’s the Sennheiser TeamConnect Ceiling 2. An array of mic capsules, powered by PoE, gets clear audio from everyone. Let’s hope they introduce a module soon that makes the boss get to the point quickly and give clear instructions for a change.

Get collaborating with the ownCloud Server 10.1 release, which expands the file sync & share solution to include Microsoft Office Online integration, file locking, and new options for file tagging.

Speaking of security (aren’t we always?), the new FortiGate Next-Generation Firewalls have arrived. Models include the FortiGate 3600E, 3400E, 600E, and 400E. 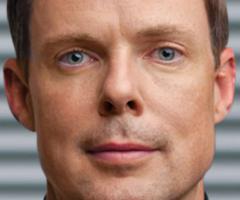 Newsy but not products. Symantec engaged the onboarding process for new Chief Marketing Officer Debora B. Tomlin, who will oversee the global marketing organization.

And since we’re talking about IGEL, let’s add the news that IGEL partnered with Login VSI to monitor virtual desktop environments.

Kontakt.io (Bluetooth Low Energy) teamed up with Mist Systems (networking) to simplify the design, deployment, and management of IoT solutions. Lots of AI to help wireless LAN and BLE to work together.

SolarWinds MSP and the 2112 Group worked together to create their “2018 Trends in Managed Services” report. Maybe not news to you, but the MSP market is fiercely competitive, so it’s tough to develop and keep an advantage. The average channel partner in North America pulls 28 percent of gross revenue through managed services, but only 24 percent in Europe. Those who are primarily MSPs get 42 percent of gross revenue from managed services in NA but only 38 percent in Europe. Churn rates indicate that customer retention would lead to growth, since in NA four new customers are gained each month but three are lost. In Europe the numbers are four lost and five gained. Many are moving to higher-value services such as managed security, but few are specializing yet in advanced security like detection and remediation-focused security and cyberthreats.

Yes, a Q4 2018 DDoS attack lasted 329 hours, or almost 14 days. This fact and more are included in the DDoS Q4 2018 Intelligence Report from Kaspersky Lab. In fact, the average attack length more than doubled from the beginning of the year, from 95 minutes in Q1 to 218 minutes in Q4. Almost half the attacks are User Datagram Protocol (UDP) flooding, but these rarely last more than five minutes. Complex attacks like HTTP misuse remain lengthy. Many UDP flood attacks appear to be launched to test whether the target is protected or not. DDoS attacks are expected to evolve in 2019 and become harder for companies to defend. 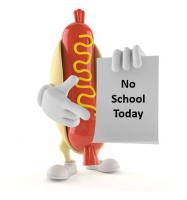 Anything from a talking wiener is just creepy. Yes, students love hearing school is closed for bad weather. But hearing it from a talking hot dog with teeth and dad jokes? Chill-inducing, even more than the Polar Vortex which closed the Parker School District in Parker, South Dakota last week.

Evidence points to Dr. Donovan G. DeBoer, superintendent, as the source of said hot dog’s face. Talkin’ Dog suggested the kids stay home and warm by watching Netflix and baking, but not playing Fortnite. Suuuuure. Suggest the kids spend the day doing “Netflix and chill,” doggy-dad? Really? Maybe they will comfort each other over the bizarre wiener teeth chomping at them.

On the other hand, when the students get to college and complain to each other how horrible their high school was, Parker students will win that contest. “You think that was weird? Let me tell you about our school’s talking wiener.”

LG Gram for Business 17 (2020): Big Reasons to Like It
END_OF_DOCUMENT_TOKEN_TO_BE_REPLACED