ICYMI: Our Channel News Roundup for the Week of February 27th 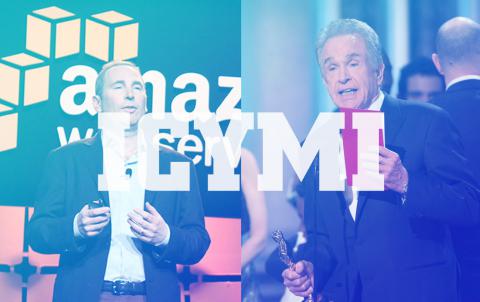 News from the Mobile World Congress, Microsoft’s sudden discovery of managed services, and a couple of hugely embarrassing, all-too-public gaffes are among the many stories we didn’t get around to this week.

So does bitterness explain our near total absence of MWC coverage? Of course not! We were just too busy hosting a conference that was so much better than MWC that no one should mention them both in the same sentence. Bitterness had nothing to do with it. Or with that sour, metallic taste we intend to wash out of our mouths just as soon as we catch you up on everything we didn’t get around to covering last week about MWC and everything else in the IT world.

This could take a while too. Because there was a lot of news out of MWC, as usual. Some of the biggest stories—concerning Samsung’s new Galaxy Tab S3 tablet, Galaxy Book 2-in-1, and updated Gear virtual reality headset, as well as LG’s new G6 and LG X power2 smartphones—broke early enough for us to sneak in a few words about them on Monday. But there was plenty more where that came from.

Lenovo, for instance, rolled out its new G5 and G5 Plus smartphones, which offer 8-core processors and all-metal cases at affordable prices; new Yoga convertibles in 13-inch, 14-inch, and 15-inch models, including one that’s just 14.3 mm thick; the new Miix 320 (pictured), a 10.1-inch Windows 10 tablet with detachable keyboard; plus the new family-friendly Tab 4 tablet series with souped-up multimedia capabilities.

Oh, and Lenovo announced a new agreement to sell MobileIron’s security and management software with its entire portfolio of PCs, tablets, and smartphones as well.

Mo’ better mobile. At this rate, we’ll never get caught up on all the MWC stories. Let’s cut to the chase:

Last but not least, and though it has nothing to do with MWC, Cortado launched a new multi-tenant version of its combo mobile device and application management solution that can help service providers administer all of those mobile gizmos.

Everything old is new again. Now that Nokia has revived its iconic 3310 feature phone and TCL has shipped an old-school BlackBerry device with a physical keyboard, would it be any surprise if Lenovo said it could resuscitate its long gone but also iconic Razr handset?

And with mobile behind us, on to Microsoft. Their big news last week was that:

So useful, and only a decade late! One last story from Microsoft: They’ve created a new website full of information about this managed services thing people seem to be interested in.

Believe it or not, there was noteworthy product news not about mobile hardware last week. No, really. For instance:

And what did vendors do in between shipping products? Stuff like this:

We’ve all been there. OK, we’ve covered MWC, Microsoft, new products, vendor news. Did we forget anything significant?

Oh yeah, the giant collapse of Amazon Web Services’ S3 storage solution that tangibly impacted 54 of the top 100 e-commerce sites on the internet and made life miserable for hundreds of thousands of other site operators.

Now we could snicker here at the tech whose command line type-o apparently caused all those headaches. Or the poor sap from AWS who was on stage doing a demo at the company’s AWSome Day conference in Edinburgh, Scotland, when S3 went down. Or make some crack linking that guy to Warren Beatty, who was on a somewhat bigger stage last Sunday when he read the wrong best picture winner at the Academy Awards.

But we won’t, because a) karma is a you-know-what, and b) it could be our turn the next time something goes horribly, visibly wrong. We’ll just humbly thank our lucky stars we had nothing to do with these particular debacles.