ICYMI: Our Channel News Roundup for the Week of February 25th 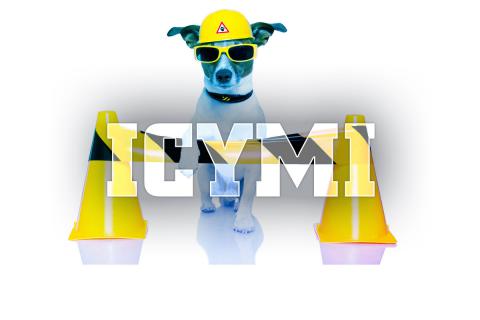 A fresh wave of pre-RSA Conference security news, mobile goodies from Mobile World Congress, and dogs that weld are among the lengthy list of stories we probably should have told you about earlier this week. By James E. Gaskin
Tweet

Is it spring break yet? Because the weather is really getting on some people’s nerves. Anybody start a Change.org petition to demand winter go away? After all, when the 10-day forecast for Boston looks colder than the 10-day forecast for Siberia, something’s a little wacky. On the other hand, being snowed in might give us enough time to catch up with all the Mobile World Congress news left over and the pre-RSA flood of announcements. Maybe. 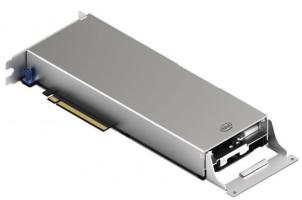 Pre-RSA security news. Going back to retrieve the heart you left in San Francisco? Probably won’t find it at the Moscone Center next week among the 294,432,678 (or so) security professionals searching for umbrellas (rain in the forecast). Some of what you will find follows.

Hackers cooperate, so why shouldn’t security teams? Over 120 companies joined hands to drive down the cost and complexity of security, so more than 250 products now work with Symantec’s Integrated Cyber Defense (ICD) Platform.

Cato Networks has two things to tout. First is that Cato Managed Threat Detection and Response offloads the heavy lifting to Cato’s cloud. Second is the integration with SentinelOne to add zero-day threat prevention.

Announced from Austin is the Forcepoint Converged Security Platform, which seeks to accelerate digital transformation by enabling secure migration of data, applications, and business operations to the cloud. First product is Forcepoint Dynamic Edge Protection.

Speaking of Cortex, the Trustwave SpiderLabs Fusion Center will host managed services for Cortex XDR as the first step in more integration projects with Palo Alto.

Exabeam SaaS Cloud is a hosted cloud version of the Exabeam Security Management Platform (SMP). And the SMP has three new tiers of technology partners. 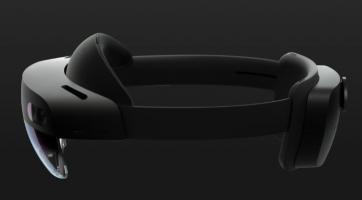 A batch of Mobile World Congress news. Hottest consumer news item might have been the introduction of the new Microsoft HoloLens 2 (pictured). When it arrives sometime “this year,” reality may never be the same. Or at least it’s likely to be augmented and mixed a whole lot more.

Lenovo announced a batch of new and upgraded ThinkPad, IdeaPad, and IdeaCentre PCs, along with phones from Motorola.

All items are expected to ship this spring.

LG wants to fill your pockets with 5G-enabled phones launching this year. One screen enough? Check out the LG V50 ThinkQ 5g. Need two screens? Add the optional Dual Screen that looks like a case cover. Or go with the LG G8 ThinkQ with advanced palm vein authentication.

Internet of Things made some news. Embedded World in Nuremberg, Germany, was the birthplace of the newest addition to the Windows IoT family of operating systems. Small footprint? Windows 10 IoT Core. Need it all? Windows 10 IoT Enterprise. Need even more? The new Windows Server IoT has full binary compatibility with Windows Server 2019.

More Microsoft. They shook hands with SAP about IoT. SAP Leonardo IoT will integrate with Azure IoT to connect to SAP business data. 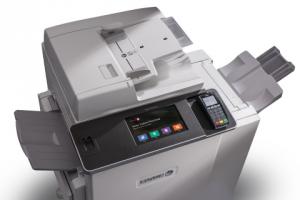 Maybe the new monitor you need to show off that video card is the BenQ DesignVue PD2720U 27-inch 4K UHD monitor with Thunderbolt 3 daisy chain technology.

The new D-Link DCH-S161 WiFi Water sensor that works with Google Assistant runs off batteries and provides alerts you if water gets where you don’t want water. May be unnecessary in Northern California flood zones right now.

Got too many documents to track accurately? Probably. So check out the new ownCloud Document Classification extension that reads security levels in the metadata and imposes sharing and access restrictions accordingly. 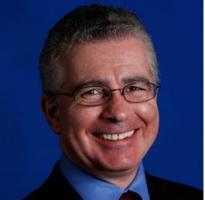 Acronis added a new chair around the big table as former Citrix CEO Kirill Tatarinov (pictured) joined the board of directors.

Micro Focus (software) launched a new Partner Portal and Unified Global Partner Program. Will focus on Enterprise DevOps, Hybrid IT Management, Security, Risk & Governance and Predictive Analytics. If you saw “Micro Focus” and Cobol flashed in your thoughts, your hair is probably gray.

The CompTIA report “Tech Buying Trends Among Small- and Medium-size Businesses,” found that 64 percent of SMBs say technology is a primary factor in pursuing business objectives. But 73 percent of medium-sized orgs tag technology as a strategic tool and a primary factor in meeting overall objectives. Even 56 percent of companies with 20 or fewer employees reported technology helped them meet objectives. Less exciting is that a smaller percentage (23 down to 18 in 2016) reported excelling in technology vision and strategy. The likely cause? Many more options are available, overwhelming small companies trying to get tech-ier. Perhaps part of the reason is that nearly 40 percent of the 650 respondents felt their organization’s tech budget was too low.

Nearly 24 percent growth year over year is good, right? IDC’s Worldwide Semiannual Public Cloud Services Spending Guide expects spending on cloud services and infrastructure to reach $210 billion in 2019, up 23.8 percent from 2018. Growth will slow slightly (22.5 percent) but total spending should be $370 billion in 2022. Just over half of all dollars will go to software as a service, with apps like ERM and CRM leading the pack. Infrastructure as a service will be second. The biggest market remains the U.S., followed by a distant-second China, then the U.K., Germany, and Japan. But China’s spending will grow faster than that in any other area.

SMB leads in another area, but not a good one. The inaugural AppRiver Cyberthreat Index for Business Survey found 58 percent of SMB execs are more concerned about suffering a major data breach than a flood, fire, transit strike, or physical office break-in. Larger firms (150-250 employees) are more nervous, with 66 percent sharing the same fears. Nearly half says a major data breach would likely kill their business, with healthcare companies fearing failure at 62 percent after a breach. Worse? Financial services and insurance SMBs feared death even more, at 71 percent. Whatever happened to the number one fear being public speaking? 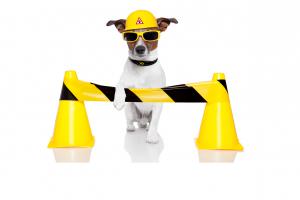 Howling mad about certifications. The state of Kentucky demands welders go through the American Welding Standards certification process. Makes sense, because bad welding could be dangerous in almost every situation. Bridges and buildings and plenty more require large numbers of welders doing quality work, so they don’t fall down.

But Iron Workers of Southern Ohio and Vicinity District President Bill Woodward says that Robert Dash and Henry Wolfe should not be certified, and went to the state legislature to complain. Why? Because Dash and Wolfe are both dogs.

Yes, dogs, as in woof woof. Adam Barker, another dog, as well as a cat and even a dead person, were recently certified by AWS. This despite the fact that the certification process supposedly demands a display of skills and a photo ID.

A school collapsing in McCracken County triggered the welder investigation. One legislator said the welders on the job were not qualified and used fraudulent certifications.

LG Gram for Business 17 (2020): Big Reasons to Like It
END_OF_DOCUMENT_TOKEN_TO_BE_REPLACED