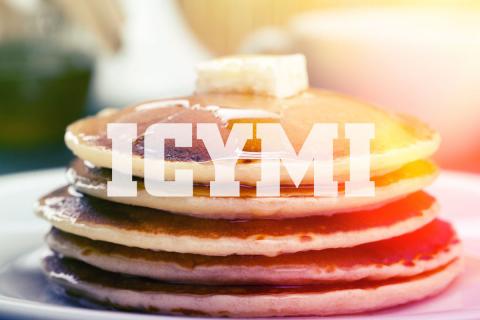 Vertical clouds from Microsoft, a big new release from Veeam, a new global head of solutions aggregation and next-gen technologies for Tech Data, and pancakes from outer space are just a few of the stories we’re finally getting to now. By James E. Gaskin
Tweet

Baseball teams in spring training begin scrimmage games next week, a sure sign the end of winter is not yet close enough. Remember that when you’re shoveling more snow, particularly in the upper Midwest, which gets its highest average snowfall in March. When you throw your back out, sit in the recliner and peruse these springy newsbits. 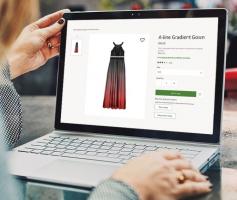 Collaboration tools have particular security concerns, and the new Rubrik Protection for Microsoft 365 SharePoint and Teams handles those for you. Secure backups, fast recoveries, and management via automation are a few of the goodies.

IGEL, the OS for cloud workspaces, announced extra features for users of Windows Virtual Desktop (WVD) to add support for remote users. Timed with the release of the Zoom Plugin for WVD, IGEL OS-powered WVD clients can now be bored by endless Zoom meetings like the rest of us.

News for MSPs. Veeam Backup & Replication v11 is now generally available. Protect those important bits and bytes whether on cloud, virtual, physical, and enterprise storage. Over 200 new features and enhancements.

Just launched, the TeamViewer Web Client is HTML 5-based and allows secure remote access to other devices through Chrome, Firefox, Opera, and Edge browsers.

They say smarter is gooder, so sign up for the new Sherweb Partner University. Open to all partners, the self-paced training video library stocks demos as well.

Version 2.0 of Pulseway’s Automation Workflow tool adds copy-paste support for actions and conditions, among other enhancements.

Since data keeps growing like digital rabbits, Veristor tightened its partnership with Cloudian to provide S3-based storage-as-a-service on its own with the help of Cloudian’s HyperStore.

Security news. There’s a new dropper called Silver Sparrow out there going after Apple’s M1 architecture, so Datto’s RMM team has developed a free script for detecting it.

Speaking of Datto, a new integration with software from ThreatLocker lets you access your Autotask PSA account from within ThreatLocker’s portal.

Hello to Check Point Harmony, a unified solution to enable secure connectivity to any resource anywhere while providing total endpoint protection to users on any device. Complete web security and secure remote access as well.

The Overwatch Managed Security team at Spectrum Global Solutions and High Wire Networks roped in ExtraHop to offer its Reveal(x) 360 as a managed service. Real-time detection and intelligent response for defense against advanced threats. It’s a triple play at the start of baseball season.

IoT security player Sequitur Labs boosted its EmSPARK Security Suite with an advanced package. This adds a complete suite of security goodies to protect devices during all lifecycle stages.

Commvault Feature Release 11.22 hit the streets, with additional features like continuous replication support for VMware and multi-cloud disaster recovery for AWS and Azure.

Tingling is a bad feeling in your hands and wrists, and a better keyboard design helps many users avoid that discomfort. New to the party is the CHERRY KC 4500 ERGO (pictured) wired keyboard to place hands, arms, and shoulders in a natural posture. 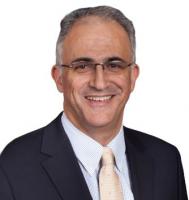 Are you a customer of SolarWinds MSP? Kevin Bury wants to meet you. He is, after all, the new Chief Customer Officer.

Optiva rolled out the welcome mat for Matthew Halligan as the new chief technology officer.

HP grabbed HyperX, the gaming accessories division of Kingston Technology. Will be folded into HP’s Personal Systems business in the gaming segment.

There’s now a signed piles of papers outlining the definitive agreement for Proofpoint to acquire InteliSecure and its data loss protection managed services.

Focused on the SMB market, the new Sectigo “State of Website Security and Threat Report” found that half of SMBs have experienced a website breach at some point, included 20% who reported a breach within the last 12 months. This despite nearly three-fourths believing they’ve mitigated risks effectively. Oops. More than 1,100 website security decision-makers responded, and more than 40% report a range of attacks on a monthly or more frequent basis. Malware injection, data breaches, and brute force login attempts lead the list of attack vectors. The majority don’t believe they’re vulnerable to an attack until a breach proves them wrong. Double oops. 28% report severe or very severe consequences from a cyberattack, including website outage (60%), and revenue loss (more than a third). Although nearly half promise to increase website security spending in 2021, 60% now spend less than $500 per month on website security. Those who haven’t experienced a breach recently plan to increase security spending “modestly.” 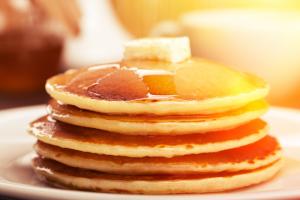 Flapjacks from spaaaaace. It may have happened a long time ago, but it’s timeless nonetheless. Courtesy of U.S. Air Force archives: In 1961, chicken farmer Joe Simonton of Eagle River, Wisc., alleged a UFO landed in his garden. He heard what sounded like “knobby tires on wet pavement” and saw a UFO-like object that looked like two reversed bowls with “exhaust pipes” on its edge.

A “gate” on the side of the UFO opened, and Simonton was greeted by three aliens wearing black or navy blue clothing with turtleneck shirts and helmets. The five-foot-tall visitors invited Mr. Simonton inside for, you guessed it … pancakes.

Yes, the estimated 25 to 30-year-old aliens made him pancakes.

The aliens, who seemed to be of “Italian descent,” held up a metal jug and indicated they needed water. Simonton obligingly filled up the jug with water from his kitchen and returned to the spacecraft. A cook, with red stripes on his pants, gave him four small pancakes.

An astronomer sent by the Air Force took one of the pancakes and determined it was made of flour, sugar, and grease. It is rumored that the wheat in the pancake was of “an unknown type.”