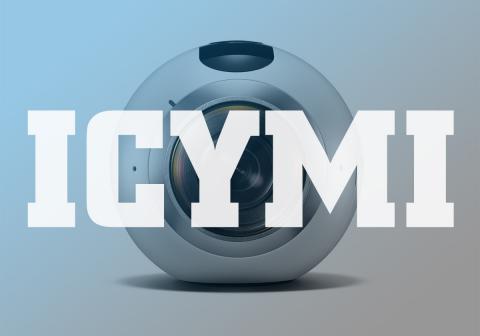 You’re not really surprised, are you? ChannelPro has once more failed to say anything about a whole bucket load of SMB channel stories. Here are the ones most worthy of your attention.

Winners and losers, but let’s face it mostly losers. On Monday, we predicted interesting things from AVG, HP, and Ingram Micro when those companies posted quarterly numbers this week, and all three came through like champs.

Let’s start with AVG, which was frankly the only one in the bunch with good news to share. The security and managed services software maker reported record revenue for both the final quarter of its 2015 fiscal year and the year as a whole, plus a 15 percent year-over-year spike in quarterly subscription revenue. Moreover, those accomplishments were only slightly dampened by CEO and managing director Gary Kovacs’s acknowledgment during a post-announcement conference call that the part of AVG’s business nearest and dearest to a channel pro’s heart, the SMB segment, “is not yet meeting our expectations for overall growth.”

As for HP, well, the best that can be said of its dismal numbers, issued on Wednesday, is that they weren’t exactly a surprise given the equally dismal state of the PC and printer markets at present. Revenues dropped 12 percent in the first quarter of the hardware maker’s 2016 fiscal year versus the same period a year ago, driving HP’s share price down more than four percent yesterday despite HP’s all too predictable promise to compensate for its weak performance by laying off 3,000 employees this year, rather than the mere 1,200 it promised to dump last September.

Last but far from least to chime in was Ingram Micro, which revealed yesterday that global sales in its fiscal fourth quarter were down 13 percent from the prior year’s Q4 on a currency neutral basis. CEO Alain Monie blamed a series of mostly one-time anomalies for that slump, but investors pushed the company’s stock down sharply anyway for a time in after-hours trading until savvier investors realized that every dip in Ingram Micro’s share price (which stood at $35.84 when markets closed on Thursday) was just a little more profit for them to collect when would-be owner Tianjin Tianhai Investment Co. Ltd. pays $38.90 a share later.

Accessories make the mobile. Snazzy new smartphones and tablets got most of the glory at this year’s Mobile World Congress, but mobile hardware vendors put some interesting smaller gadgets on display as well, including:

It’s raining cloud security enhancements in Redmond. Microsoft’s purchase of mobile app development vendor Xamarin drew so many headlines this week that one could easily have missed the long list of forthcoming security goodies that chief information security officer Bret Arsenault rattled off in a blog post yesterday. And we do mean long. Seriously, we don’t have enough digital ink to describe them all, but some highlights include:

And speaking of goodies from Microsoft. Also potentially lost in the shuffle this week were two freebies from the ever-interesting Microsoft Garage experimental project incubator: Hub Keyboard, a new app for Android devices that lets you grab information from other apps without switching out of the app you’re using, and Sprightly, an Android app that helps SMBs create marketing materials. Both products reached users just days after the release of digital notetaking app Plumbago, by the way, and have us wondering how long Microsoft Garage can keep up this crazy pace.

And because we know you simply can’t get enough products announcements…Here are some more:

Meanwhile, from the world of partner programs. Cloud security vendor Skyhigh Networks has created a new one, while contact center and unified communications leader Avaya has revamped an existing one.

Good news! We’re one step closer to bringing The Terminator to life. OK, we’re hardly first to this story but we can’t help but note that terrifying robot maker and Alphabet subsidiary Boston Dynamics has constructed the first two-legged robot capable of chasing you down pitilessly across uneven terrain. Now if they could just get that liquid metal stuff working right…

And finally, the reason you’ll be too slow on your feet to escape the coming killer robot apocalypse. Girl Scout cookies! That’s right, we’re all just days away from a fresh batch of Samoas, because America’s favorite charitable excuse to load up on simple carbohydrates is available once more today through March 13th. And sure, this has nothing to do with SMB technology, but who cares when there are so many fascinating yet obscure facts about Girl Scout cookies to discuss? Like the fact that they’re tax deductible. Or that they pair well with wine. Or that the ones you’re cramming in your mouth may bear little resemblance to the ones I’m scarfing down. Or that…Sorry, I lost my train of thought thinking about those Samoas. And Samoas in ice cream.

The Road to Success Is Paved with Service
END_OF_DOCUMENT_TOKEN_TO_BE_REPLACED

Jabra PanaCast Review - Get Your Huddle On
END_OF_DOCUMENT_TOKEN_TO_BE_REPLACED