ICYMI: Our Channel News Roundup for the Week of February 21st 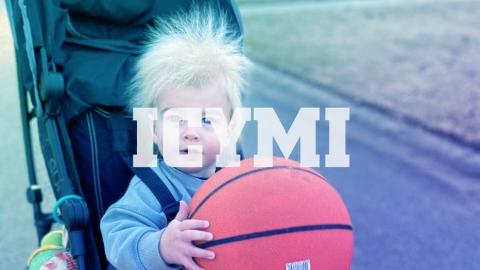 A new cloud for Microsoft Defender to defend, an extreme new NUC from Intel, contact center software from Zoom, and a toddler whose hair literally cannot be combed into place are but a few of the stories we waited until the weekend’s edge to tell you about. By James E. Gaskin
Tweet

Sure, the Northeast is bracing for yet another snow and ice deluge, and 50 million people worry about what the storm will bring. But over in Texarkana, Texas (the city that straddles the Texas and Arkansas state line), they’re experiencing heavy rain with occasional fish. Yes, fish fell from the sky this week. Could be worse … could be raining … sharks! 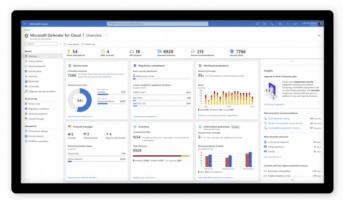 Hello to Illusive Spotlight and Illusive Shadow, identity management platforms to help you discover, mitigate, and protect against identity risks. 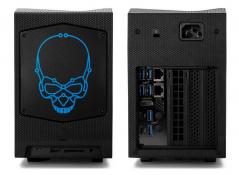 Other product news. Next month, keep an eye out for the new 12th Gen Intel Core mobile processor family including P-series and U-series processors. All in all, there are 20 new CPUs for thin-and-light laptops. Over 250 devices will ship with the new chips this year from major vendors.

Those in the telco, industrial, and intelligent edge businesses should take a look at the new Supermicro E300, 110D, and 510D line of servers. Full of the latest Intel Xeon D-1700 and Xeon D-2700 processors, support for PCI-E 4.0, plus room for plenty of RAM and a half-dozen Ethernet ports. All in a 1U mini-server case.

Zoom (and no, you’re not late for a video meeting) announced Zoom Contact Center. The omnichannel contact center program is optimized for video and folds right into the Zoom interface. Previously tagged Zoom Video Engagement Center.

The new Acer Swift 5 premium laptop includes a WQXGA screen in a thin and light package. The Acer Swift 3 is a 14-inch model in a number of color options. The Swift 5’s 2560 x 1440 screen is in 16:10 ratio rather than 16:9, meaning you can see more of your documents without scrolling. Both include the latest 12th Gen Intel Core processors mentioned above.

The tank has come to laser printers with the new HP LaserJet Tank MFP 2600s, aimed at small businesses who want to reload 5,000 pages worth of mess-free toner in only 15 seconds. Wireless, scanning, two-sided printing, and an automatic feeder for the scanner that holds up to 40 pages.

Need a video wall-over-IP? Take a look at the new VuWall PAK appliance that can be networked and expanded until you run out of wall. 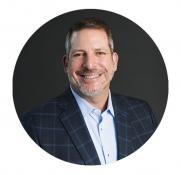 Fylamynt sold to NetApp to integrate its CloudOps automation technology into NetApp’s management services. Terms were not disclosed.

UPSTACK acquired Subsidium Technologies to add its cloud and collaboration technology into the cloud and internet infrastructure and support services. But wait, there’s more! UPSTACK also acquired DVP Technologies, a provider of communications solutions and consulting. Terms were not disclosed.

ThousandEyes, the company acquired by Cisco two years ago that visually presents networks and apps impacted by outages and other issues, moved into a full channel sales model.

Rackspace and Amazon Web Services cozied up even more by extending their strategic collaboration agreement. That’s what happens when you launch over 1,000 cloud projects over three years.

IDC and the Global Technology Distribution Council (GTDC) partnered to release the IDC North American Weekly Distribution Tracker, which collets and analyzes weekly sales data from the council’s members in the U.S. and Canada.

The new Hitting a Wall in a Multi-Cloud, Multi-Tool World research report from CloudBolt gathered responses from over 500 senior IT  leaders around the world with the help of the Pulse research platform. 88% declared they need a “manager of managers,” an overarching solution to bridge the siloes and actively govern their multi-cloud and multi-tool strategies from a single place. Why? 78% have too many cloud tools scattered throughout their enterprise. 80% say that creates new security vulnerabilities from problems like zombie VMs, unsecured workloads, and shadow IT. With reports that cloud costs can run as much as twice what an on-premises data center costs, 78% said they believed they saved money, yet 80% admitted they struggle to get a grip on costs across all tools, resources, and clouds.

The Veeam Data Protection Trends Report 2022 found that 89% of organizations aren’t protecting data sufficiently. 88% expect data protection budgets to rise at a higher rate than broader IT spending, and two-thirds are turning to cloud-based services to protect their essential data. Unfortunately, almost 9 of 10 admit there’s a gap between how much data they can afford to lose after an outage compared to how frequently data backups occur. 76% report at least one ransomware event in the past 12 months, and report cyberattacks are their biggest cause of downtime. Worse, 18% of global org’s data is not backed up at all. Oops.

Proofpoint’s 2022 State of the Phish report, its eighth annual, reveals attackers were more active in 2021 than in 2020, with 78% of orgs seeing email-based ransomware attacks last year. 77% faced business email compromise attacks, up 18% from 2020. The report analyzed data from nearly 100 million simulated phishing attacks sent by Proofpoint customers over a one-year period. 83% reported a successful email-based phishing attack in 2021, up from 57% in 2020. Almost 60% of those infected with ransomware paid a ransom. 56% got access back after the first payment, but 4% could never access their data/systems, even after paying. Surprise, surprise, 42% of workers admitted they may have been fooled by an attack. 56% of those with an employer-issued device allowed friends and/or family to use it for gaming, streaming, and shopping online.

A blog this week at (ISC)2 reported on a recent Pulse Survey on the Log4j vulnerability’s impact on the cybersecurity industry. Poll data showed protection could be improved if orgs weren’t short staffed. 30% admitted more staffing would help risk assessment and management and 29% said lack of staff slowed their push to patch systems. After attacks, so many of their staff were involved in remediation that 27% felt they were less secure during the work, and 23% fell behind on their security priorities. 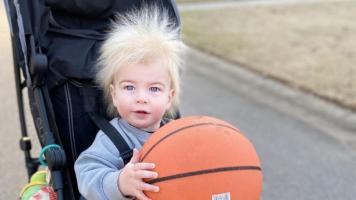 Punk rock toddler. A 16-month-old toddler in Roswell Ga., Lochlan Samples, has developed an extremely rare syndrome: uncombable hair. It’s a real thing, and when they wound up at Emory University Hospital in Atlanta, his parents discovered that there are only about 100 known cases.

No, this isn’t a cowlick, nor a swirl. Every strand of his hair was normal at three months, but by six months, each was triangular and twisted. When wet, they lay down, but as soon as they dry, little Loch looks like a dandelion once again.

It doesn’t affect his health, and his mother says he’s happy to let people touch his hair and take his photo. Check him out on Instagram: @uncombable_locks.