ICYMI: Our Channel News Roundup for the Week of February 18th 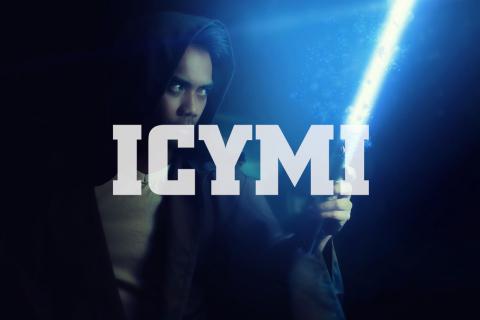 New mobile devices from Samsung, the first wave of RSA Conference security news, and an effort in France to turn would-be Luke Skywalkers into quasi-Olympians are among the many stories we probably should have told you about earlier. By James E. Gaskin
Tweet

Dear Weather Department: Please check your application software. It appears we have some bizarre mistakes, like snow in Las Vegas multiple times and the first snow in downtown Los Angeles since 1962. Worse, it appears the broken weather module is stuck in a loop, as the Northeast keeps getting, literally, dumped on. Shoveling time caused us to miss some interesting news, so grab a little hot chocolate and catch up. 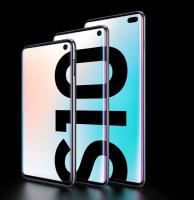 Pre-Mobile World Congress News. We knew it was coming, as Samsung had more leaks than a server whose admin password is “password.” Turns out the rumors were right, too. The Samsung Galaxy S10 has dropped on the eve of the MWC in Barcelona. Better screens, better cameras, faster chips, price points coincidentally matching the latest iPhone X models, and, yes, it still makes calls if you’re old-school.

Some say the Galaxy S10 is already obsolete because Samsung also introduced the Galaxy Fold. The Dynamic AMOLED Infinity Flex Display allows the phone to open like a book, revealing a 7.3-inch phablet. The cover is also a screen, and there are three cameras, or six depending on how you count the triple rear camera and dual camera up front. Should ship in the second quarter.

While some politicians may think 5G is outdated and we’re behind in the 6G race, Qualcomm begs to differ with its new Snapdragon X55 5G modem. The 7 nm single-chip integrated 5G to 2G multimode modem offers some eye-popping top speeds. Chips should be in phones shipping in late 2019. 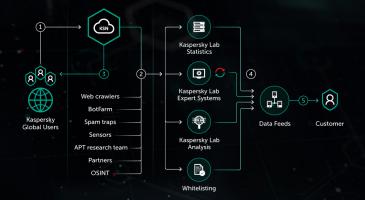 Duo Security (a Cisco company) is offering a free public beta of CRXcavator (rhymes with excavator), which analyzes Chrome extensions and reports comprehensive security details. Can it block pictures of snow on the Las Vegas strip? They’re just so disturbing.

When 5G rolls out, one “advantage” is that hackers will be able to attack your systems even faster than before. So the folks at Fortinet want you to know they’re ready to shut down hackers at 5G speeds.

Say hello to the new Illusive Attack Intelligence System from Illusive Networks. Use the precision forensics to pull important alerts from the wave of security data.

The new 7.7 update from ObserveIT includes enhanced data exfiltration prevention. Your coworkers steal more than your pudding from the breakroom fridge, you know.

Netskope for Google Cloud Platform, built on the Netskope Security Cloud, ups the vendor’s game in DLP and insider/outsider threat protection, among other areas.

Forescout has integrated tools it recently acquired along with SecurityMatters into its core platform. Result? A unified device visibility and control platform for IT and operational technology (OT) security.

Hybrid IT is all the rage but that means a widely expanded attack surface. So Pulse Secure has integrated a software-defined perimeter (SDP) architecture within its Secure Access platform and made Pulse SDP an optional add-on for its Access Suite.

Speaking of Cylance, the company is now officially part of BlackBerry. The Cylance AI tools will accelerate the development of BlackBerry Spark, a communications platform for IoT devices.

Trustwave Managed Detection and Response (MDR) for Endpoints shook hands with Cybereason to soup up its MDR and EDR offerings.

Lastline Network Traffic Analysis and other products will now be available through SYNNEX.

Imperva has cashed in on its 2018 acquisition of Prevoty, adding network activity protection and weak cryptography protection to its application security solution.

Palo Alto Networks will drop $560 million worth of cash and stock on the table to acquire Demisto for its orchestration and automation technologies.

Check Point has announced its new global partner program, tagged Check Point$ (did you catch the not-so-subtle dollar sign?) Emphasis is on customer engagement to unlock new opportunities rather than pure revenues. 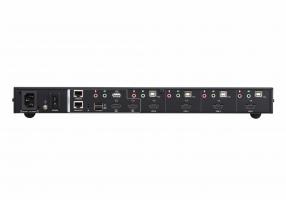 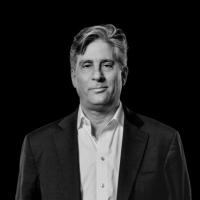 Speaking of AppRiver, new owner Zix has closed its acquisition of same with $275 million in cash.

A decade ago, Cisco’s Mobile Visual Networking Index (VNI) Forecast tagged mobile (or cellular) traffic at less than five percent of global IP traffic. Ah, the old days. Now the forecast update (2017-2022) is that yearly mobile traffic will reach nearly a zettabyte by 2022. Guidelines: terabyte, petabyte, exabyte, zettabyte, or 10 to the 21st power of bytes, or 1,000,000,000,000,000,000,000 bytes. By 2022, 5G will represent three percent of connections but about 12 percent of traffic. There should also be about 5.5 billion mobile users worldwide, or 71 percent of the global population. That’s a lot of kitten videos downloaded to bored mobile users. And remember there will be a gazillion IoT devices that need connecting as well.

Grand View Research took a look at the global white box server market and estimates it will hit $25.53 billion by 2025. That’s a compound annual growth rate of 22 percent. North America will continue to be the hottest market, with Asia Pacific coming up fast. Data centers of various cloud and non-cloud kinds will remain the largest white box server market. Racks will continue to get denser, thanks in part to the growth of hyperscale data centers. Micro-servers and containerization will goose the market demand for low-cost servers with customization and flexibility in hardware design that keep labor costs down.

The good news is that IT employment in January hit 5,351,000 jobs. The bad news is that’s a tiny .02 percent growth rate, according to trade association TechServe Alliance. Year over year, IT employment eked up only .04 percent from January 2018 to January 2019. That’s only 21,300 IT workers. Engineering employment was better, adding 67,300 engineering workers during last year. 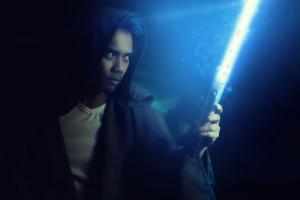 Darth Vader goes for le gold. Ever picked up a lightsaber at the store and started a laser-sword fight with your child (while you wife claimed not to know you)? Good news! The French fencing federation has named lightsaber dueling a competitive sport.

Part of the reasoning is to get the young’uns off the couch and exercising, admits the fencing secretary general, Serge Aubailly. “It’s becoming difficult to (persuade them to) do a sport that has no connection with getting out of the sofa and playing with one’s thumbs. That is why we are trying to create a bond between our discipline and modern technologies, so participating in a sport feels natural.”

A three-minute match occurs within a circle taped out on the floor. Sorry, no Mos Eisley Cantina set. Combatants get one point for a hand touch, three for hits on arms or legs, and five for head or body smacks. First one to 15 points wins.

If you really want to drive your grandpa crazy during family dinners, bring up the fact that breakdancing is under consideration as an Olympic sport. Also nominated? Surfing, climbing, and skateboarding. Amazingly, the committees nixed squash, billiard sports, and chess as Olympic events.

ChannelPro Weekly Podcast: Episode #200 - Turning It Up to 11
Are You Playing the Marketing Game with a Full Deck?
END_OF_DOCUMENT_TOKEN_TO_BE_REPLACED

Jabra PanaCast Review - Get Your Huddle On
END_OF_DOCUMENT_TOKEN_TO_BE_REPLACED