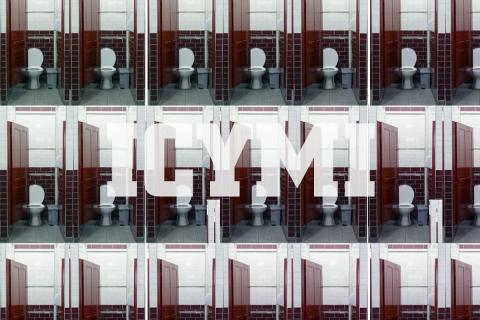 A bunch of AI additions for Microsoft Dynamics 365, an even bigger bunch of new features for Fortinet’s security fabric, new availability software from Veeam, and some major league toilet flushing in Texas are all among the stories we’ve finally brought your way. By James E. Gaskin
Tweet

February may be the shortest month, but the lousy weather makes it seem like it lasts eight weeks. Good news for much of the country this weekend, however, as sunshine rules over most Americans for the weekend with higher-than-usual temps. For example, New York, New York will hit 47 and 52 on Saturday and Sunday. Enjoy it now, because the end of the month will bring a visit by our old friend, Polar Vortex. 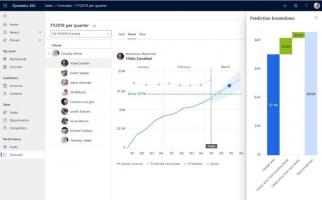 News from Redmond, Washington. Artificial Intelligence, whether real or buzzword, has been stuck to every product in tech the last few years. Yet few have woven AI as deeply into a product as Microsoft has across Dynamic 365 applications with updates to Microsoft Dynamics 365 Customer Insights. New data connections from Microsoft and third-parties enrich customer profiles in real-time, as well as link insights from Microsoft Azure Synapse Analytics, Microsoft Forms Pro, Dynamics 365 Sales Insights, and more.

Many people’s tech revolves around the phone in their pocket. The new mobile app called Office combines Word, Excel, and PowerPoint into a single app and adds new capabilities. New features galore, and the Office app is now generally available.

People in IT worry about security constantly but muggles remain blissfully unaware most of the time. Hence cybersecurity player Terranova Security teamed up with Microsoft to improve security awareness training in its Office Advanced Threat Protection product.

IoT security company CyberX and Microsoft Azure Center for IoT announced a new API-level integration. Now clients can get a unified view of security across all managed and unmanaged IoT devices. 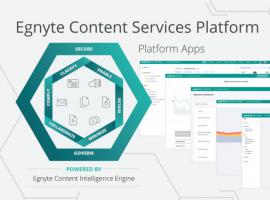 Netsurion integrated the MITRE ATT&CK framework with the upcoming 9.3 release of its co-managed SIEM EventTracker. Result? SOC-as-a-Service when including the company’s 24/7 Security Operations Center.

Have the Palo Alto Networks Prisma Cloud? Trustwave has a new portfolio of consulting and managed security services for the Cloud Native Security Platform.

It’s nice when a carrier wants to add extra security, like the new CenturyLink Rapid Threat Defense. Automate your threat detection and response. 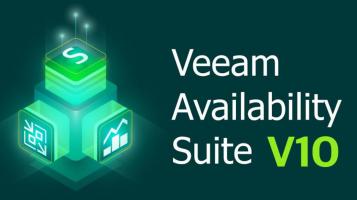 Other product news. Got some IoT endpoints? Of course you do. Worried about security? Of course you are. Check out the free TeamViewer IoT remote access and remote control offer for two endpoints.

New backup tools and more goodies from the new Veeam Availability Suite v10 have just been announced. Over 150 updates and added features.

Veeam also added support for Primera storage products and enhancements for StoreOnce backup, both from Hewlett Packard Enterprise. The latest in a decade of partnership.

Got some applications causing problems now and then? Always. Hello to the new AppOptics from SolarWinds to make app troubleshooting simpler, faster, and more accurate.

Here’s a tip for users of the ConnectWise PSA and CoreDial’s cloud products: the CoreNexa Account Manager and ConnectWise Manage are now synced.

Howdy to the new family of WiFi 6 gateways and extenders from Zyxel Communications:

If you use USB flash drives regularly, you have lost a USB flash drive. If your data is important, try a Kingston Digital IronKey D300 Encrypted USB Flash Drive that has now received NATO Restricted Level Certification.

Avnet’s Ultra96 single-board computer for industrial customers has many fans in the Industrial IoT space. Dealing with harsh temperatures? Try the new Avnet Ultra96-V2 industrial-temperature-grade version that handles from minus 40 degrees to 85 degrees. That’s Centigrade, meaning -40 to 185 degrees F for Americans.

AV (as in audio-visual) and IT are wildly different, although they are converging around TCP/IP. However, for IT integrators new to AV, check out the Onepath Audiovisual-as-a-service (AVaaS) offering for procuring and using AV tools.

Enterprises looking for a simple way to handle the ever-growing volume of data across both internal and remote office/branch office (ROBO) locations might like the new Cohesity solution for ROBO. Combines backup and recovery, file and object services, and cloud archival in a single platform. 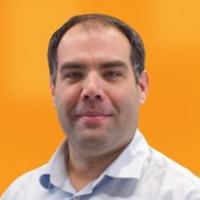 ABBYY streamlined its sales organization worldwide and brought in Joe Rayfield as vice president to lead the re-orged group.

Tech Data just signed a deal with Cyberinc to add its Zero Trust-based Isla Isolation Platform to the catalog for channel partners in the United States.

Growing faster than the overall economy, spending on information and communications technology (ICT) will hit $4.3 trillion in 2020. This 3.6% increase over 2019 is still inhibited by the U.S.-China trade war and other tensions, says the IDC Worldwide ICT Spending Guide Industry and Company Size data report that captures IT spending across more than 120 tech categories and 53 countries. Of IT spending, the strongest growth is in application development and deployment with a CAGR from 2019-2023 forecasted to be 11.1%. Telecom servers will make up more than a third of ICT spending, with mobile telecom services the latest category at $859 billion. More than half the spending will be done by very large companies (>1,000 employees), with 54% of that amount spent on IT services.

The new Cisco Annual Internet Report spends a lot of time on 5G (because that’s the shiny new thing, of course). By 2023, 5G will support more than 10% of the world’s mobile connections. At 575 megabits per second, the average 5G speed will be 13 times faster than the current average mobile connection. By 2023, more than 70% of the global population (5.7 billion people) will have mobile connectivity of some kind. 66% of the population (5.3 billion) will be Internet users. For Wi-Fi users, there will be nearly 628 million global public Wi-Fi hotspots, up from 169 million in 2018. The sad side of this coin is that global frequency of DDoS attacks increased by 39%, and the average DDoS attack size is now 1 Gbps. 23% are larger than that.

The 2020 Webroot Threat Report (from Webroot, which is now a division of OpenText) brings more bad news for understaffed security teams. 2019 saw a 640% increase in phishing attempts in general and a 125% increase in malware targeting Windows 7 systems. In case you need to move your customers off Win7, that’s a factoid you should pass along. 25% of malicious URLs are hosted on non-malicious domains. Of those, 8.9 million URLs hosted a cryptojacking script. Once onboard, 85% of malware hides in one of these directories: %temp%, %appdata%, %cache%, and %windir%, with more than half of threats (54.4%) on business PCs hiding in %temp%. Consumer PCs are nearly twice as likely to get infected, perhaps become home users don’t have IT folks nagging them. The majority of Windows exploits target out-of-date operating systems (see hint about Win7 above).

Barracuda commissioned market research firm Vanson Bourne to survey IT decision makers in the U.S., EMEA, and APAC. The result is the report Future Shock: The Cloud Is the New Network. Organizations already have 45% of IT infrastructure in the public cloud, and that will increase to 76% in five years. 70% say security concerns are slowing their public cloud adoption, and 75% say they have already been targeted by a cyber attack. And while only 23% have a running SD-WAN, another 51% are working on one now or will be in the next 12 months. 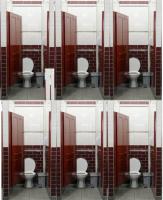 Toilet flushing for fun and profit OR This high school field trip went down the toilet. Baseball fans will know that the Texas Rangers are playing in a new ballpark this year. The larger and covered version of Globe Life Field is darn near ready (94% they claim), so tests of vital functions are underway.

Hence the 300 local high school students getting a pass from school to come and flush toilets at the same time, along with construction workers. The plumbing stress test triggered hundreds of simultaneous flushes at 10:30am this past Tuesday. The plumbing got an A.

And some people say schools today waste too much time. This is America’s Pastime, people. A flushing field trip will be an indelible memory for those students. Even better? For one minute, the kids were not on their phones.

LG Gram for Business 17 (2020): Big Reasons to Like It
END_OF_DOCUMENT_TOKEN_TO_BE_REPLACED