ICYMI: Our Channel News Roundup for the Week of February 14th 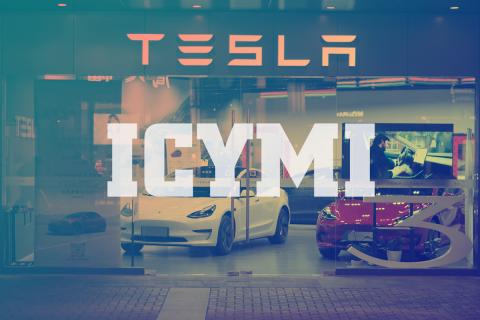 AMD-powered servers from Amazon Web Services, a new cloud platform from Nutanix, and one less adolescent sound effect option for Tesla owners are among the slew of interesting stories we took our sweet time bringing you this week. By James E. Gaskin
Tweet

Sure, there’s another huge snowstorm shutting down major cities all over the Northeast, including causing accidents with over 100 cars in Illinois, but cheer up: more football is on the way. Yes, the Super Bowl was last week, but like the murderous villains in teen slasher movies, the USFL is coming back again in April. Freddy, is that you?

News from the heavyweights. Employees and their satisfaction matter more than ever in this age of hybrid work. The employee experience platform (EXP) Microsoft Viva will add Glint (pictured) from LinkedIn to enable real-time employee feedback. This, according to Microsoft, will lead to higher profits, lower attrition, and lower burnout rates.

AWS has new compute-optimized Amazon ECS C6a instances powered by the 3rd Gen AMD EPYC processors that offer up to 15% improvement in price/performance over C5a and 10% lower costs than x86-based EC2 instances. Tl;dr: more cloud power. Not to be left behind, the Amazon Elastic File System (EFS) did the 2x speed boost bump and now offers sub-millisecond read latencies.

It will take $53 per share in cash for Intel to acquire Tower Semiconductor for an approximate value of $5.4 billion. This adds foundry services worldwide and gets Intel into new areas like radio frequency power, industrial sensors, and more. 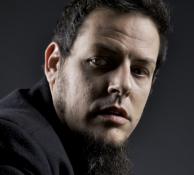 Rackspace did the tighten up with Cloudflare Zero Trust to provide a SASE solution for cloud applications, users, and devices.

NETSCOUT announced availability of nGeniusEDGE Server to provide visibility to customers regardless of where their employees work.

The Bugcrowd Security Knowledge Platform revved up with some new features, such as faster time to launch and real-time visibility into pen tester findings.

The curtain opened on One Identity Cloud Infrastructure Entitlement Management (CIEM). Also out is a new release of its Application Governance module with an added connector to Microsoft Teams.

Get ready for the new brand identity and tagline for ESET that offers “Progress. Protected”. 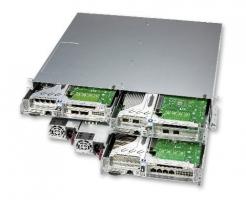 Not every data center is measured in football fields. For smaller sites and edge uses including cell towers, Supermicro released its SuperEdge server (pictured) with a 3rd Gen Intel Xeon Scalable processor in each node. Density is increased 50% over earlier models.

You’re home more, so time to jazz up that home theater. Epson is ready to help with the most advanced laser projector to date, the Epson Pro Cinema 4K PRO-UHD LS12000. Project 8.3 million pixels, each one bright and colorful.

People still use paper and some of that needs to be scanned. The new Fujitsu fi-8000 Series juiced up with 32 patents (pending) to feed paper to a computer, server, and private or public cloud. Model fi-8170 will ship on March 25.

Consumers’ demand for products placed on their porch means more and larger warehouses. When lost in the aisles, a phone with a really long reach would be handy, right? Hello to the EnGenius DuraFon Roam, promising 1,000,000 square feet of coverage with their SIP handsets and system bases. 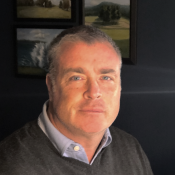 Over at InteractiveTel, one exec arrived and three rose. Welcome Erick Perez who joins as CTO. Co-founders Gary Graves and Jack Behar have been named CEO and president, respectively. Jose Rodriquez became the interim senior vice president of sales and COO.

Two of the largest independent telecom agencies in the U.S. merged, as UPSTACK and RDS Solutions mashed up, and will go forward as UPSTACK.

Nintex’s third acquisition in 16 months is Kryon, an RPA player.

Jenne partners can now get Broadvoice through the cloud service broker and distributor.

MDR provider Red Canary announced a new partner program, Red Canary Partner Connect. There are five categories, so everyone should find a slot.

Ivanti Wavelink joined the LoRa Alliance to help spread the new about its Ivanti Neurons for IIoT deployments which help supply chains.

Agiloft and Ready Computing teamed up to expand the Agiloft contract lifecycle management solution into the healthcare marketplace.

Hello to the new name for the NCSA DEI Action Council, the rebranded Ignite 2.0 committee to improve diversity, equity, and inclusion in the integration industry.

Kids wonder what you do all day on the help desk? Let this tale of a honey badger family from Eaton clear it up for them in delightful fashion.

Not much good news in the 2022 SonicWall Cyber Threat Report, because it details a rise in ransomware to 623.3 million attacks globally. Nearly all monitored threats rose in 2021, including ransomware, IoT malware, and cryptojacking. There was a 105% increase in ransomware attacks over 2020. Since 2019 the rise is a boggling 232%. There was a 1,855% increase in attacks against government targets and a 755% increase in healthcare. An average of 2.7 million exploit attempts per day were aimed at Apache Log4j vulnerabilities. The decrease in malware looked like an improvement, but a rise in the second half of 2021 kept the decrease to a tiny 4%. SonicWall identified a total of 442,151 never-before-seen malware variants in 2021, a 65% year-over-year increase.

Confluera gave us the 2022 Cloud Cybersecurity Survey Report that says 97% of 200 U.S. IT leaders surveyed are accelerating their cloud adoption. In many cases, that means adopting platforms such as AWS, Google Cloud, and Azure. However, 63% see cyberthreats to targeted cloud services as the top obstacle to their cloud strategy. Adding more cloud was the primary contributor to increased workloads in 2021, partly due to cybersecurity needs across all cloud infrastructures (69%), securing resources to manage different clouds (50%), and detecting threats moving from one cloud infrastructure to another.

The folks at Untangle announced the results of their annual Voice of the Channel and Predictions Report, which surveyed more than 1,500 channel partners. 70% saw an increase in customer inquiries following major cyberattacks, with 49% asking for endpoint security 28.8% requesting VPN connectivity. 33% are considering growing their zero trust and web application firewall (31%). 25% say they have 75% or more of their stack moved to the cloud. Unfortunately, trust in cloud for SMBs has diminished, the luster knocked off by the growing number of cyberattacks.

The NPD Group released its Reseller Tracking Service data and reported strong reseller channel growth in 2021 with year-over-year revenue sales up 12%. Sales in Q4 for B2B software were up 16%, driven by demand for endpoint protection software (up 27%). Data center ecosystem sales were up 7% year over year, but they still remain 3% down from 2019’s pre-pandemic levels. Educations services added $1 billion in sales, while professional services, retail trade, and information each added nearly $750 million. 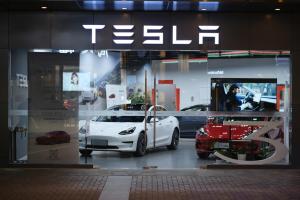 Turns out Teslas are gas-powered after all. Or they were, anyway. Tesla has never been a “normal” car company ruled by committees of suited squares harrumphing any little bit of fun suggested for their cars. However, they’ve gone too far into the funzone, according to the U.S. federal highway regulators at the National Highway Traffic Safety Administration. Why? The “Boombox” feature is too loud, and it drowns out pedestrian warning sounds.

OK, the real problem? Too many Tesla drivers love to hit the “Fart” button as they drive. The feds ordered fart noises must be disabled when in drive, neutral, or reverse. Sure, you can fart while parked, but that’s not nearly as fun as farting at drivers on their phone ignoring green lights.

Wonder if the federal joybusters would allow a nice, juicy raspberry sound?