ICYMI: Our Channel News Roundup for the Week of February 12th 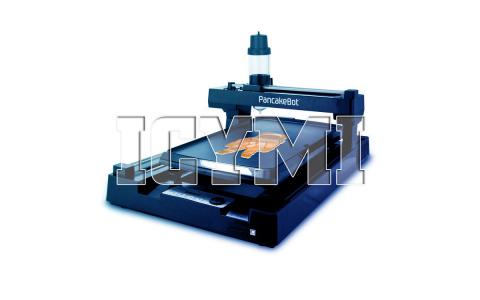 New products from Intel, AMD, and Qualcomm, cloud goodies from Tech Data and Microsoft, among others, and the greatest thing to happen to pancakes since maple syrup are all among the stories we’re finally getting around to now. By James E. Gaskin
Tweet

This week is all about The Big O. As in the Olympics, of course. The U.S. hockey team may not have NHL players, but it does have Jordan Greenway, the first African-American hockey-playing Olympian. And America has a new Olympic sweetheart in 17-year-old Californian Chloe Kim, who’s stated plans for the future—”try to go to prom, find me a boy”— charmed us all. Chloe, the line of willing prom dates is longer than the line for affordable apartments in San Francisco.

As for the Tech Olympics this week, there were no gold medals but lots of golden news that zoomed past us faster than Mikaela Shiffrin on a slalom run. Let’s catch some of those newsbits now.

Ante up those chips, folks. Or ante up something, anyway, because the biggest names in processors all had announcements of various sorts to make this week.

Qualcomm, for its part, introduced a new set of “wireless edge services” to help make provisioning and managing the Internet of Things easier. The new technology will be built into the MDM9206, MDM9628, and QCA4020 chipsets first, with select Snapdragon platforms to follow.

Look! Up in the cloud! News! EMS Software has tied its campus-wide connectivity platform for education users into Microsoft Outlook and Google’s G Suite calendars, for more complete and efficient scheduling and facilities booking.

Veritas says CloudPoint 2.0, the new release of its snapshot-based data protection system, is certified for use with the Google Cloud Platform.

Tech Data has made Oracle’s universal cloud credits, which let you buy any PaaS or IaaS service Oracle offers on a pay-as-you-go basis, available on its StreamOne cloud marketplace.

Speaking of Oracle, the Redwood City gang have unveiled new Industry 4.0 capabilities for Oracle Internet of Things (IoT) Cloud. Grab yourself some improved efficiency, reduced costs, and new revenue sources at your convenience.

From a bit farther up the coast came Microsoft for Startups, a $500 million commitment over the next two years to back startups with co-selling options, plus extra technical and business support. ISV partners got their voices heard. Furthermore, the free Windows Analytics service now helps defend against Spectre and Meltdown.

In less welcome news for folks in Redmond, Avecto’s annual Microsoft Vulnerabilities Report showed that vulnerabilities more than doubled in 2017. And security researcher Stefan Kanthak reported that the Skype update process can be tricked into loading malicious code. The fix will require a whole new version of the product, not just another update.

As for Juniper Networks, they’re looking to make enterprises multicloud-ready with a whole series of new switches and other network goodies, including the NFX150 Network Services Platform (pictured).

And don’t forget Reinvent Telecom, which wants us all to know that it’s unified communications platform has now officially achieved full compliance with HIPAA requirements.

People, and people doing deals. Managed detection and response vendor eSentire named Kerry Bailey (pictured) its CEO. J. Paul Haynes moves from CEO to president and COO and will remain in charge of operations and the technical direction of the company.

Say hello to the enhanced Ivanti Partner Program, which has multiple sales, marketing, and technical enablement resources to help partners, plus a new MSP classification.

IDC, which updated its Worldwide Semiannual Small and Medium Business Spending Guide this week, now forecasts that SMBs will spend nearly $602 billion in 2018. That’s up nearly five percent from 2017. Mid-market firms will write the most checks (hopefully faster than that old guy in the checkout line). Hardware, software, and IT services will account for around 30 percent of this year’s spending, with hardware being the largest chunk. But software spending growth has a CAGR of 7.5 percent and will take the lead in 2019. IT services will become the largest line item in 2021, when total SMB spending should rise to $684 billion.

Oracle commissioned Dr. Michael Mandel of Wharton to examine the impact of cloud services on the U.S. economy. His report, Intelligent Finance: How CFOs Can Lead the Coming Productivity Boom, estimates that $2 trillion will be added to U.S. GDP over the next ten years thanks to productivity and innovation from cloud services. Healthcare, he adds, is a $3 trillion industry (sounds like my plan’s deductible) with low productivity that could especially benefit from some cloud love.

A new survey by Spiceworks about security on Wi-Fi networks won’t be relaxing bedtime reading. IT pros consider IoT devices the most vulnerable to attack, yet 50 percent have IoT devices connected to their Wi-Fi network. 52 percent of IT pros believe IP-enabled controllers like thermostats and smart lights are extremely vulnerable. IP-enabled appliances worry 49 percent, video equipment worries 42 percent, and connected peripherals like projectors make 40 percent reach for anti-anxiety aids. Less than two-thirds (62 percent) are confident employees use a VPN when out in public and linking back to the company network.

Geek dads now rule breakfast. If your dad breakfast game is weak, and your pancake designs are limited to Mickey Mouse (big circle and two smaller circles for ears), you can reclaim glory with the PancakeBot. Initially built with Legos back in 2013 by Miguel Valenzuela, a dad trying to entertain his young daughters, it became a huge success on Kickstarter, where it collected $460,584. Now available direct and from multiple outlets for $299 retail ($222 on Amazon), the unit prints any design you can draw and load via an SD card in batter.

Promoted examples include an astronaut (dad’s idea no doubt) and the Eiffel Tower (vacation hint from mom). But those miss the flavor of real life with real children.

And if you have boys, look for clipart of trucks, knives, WWE wrestlers, and R2D2. If you think this is sexist, you don’t have kids. Although boys might also like Justin full of Katniss-launched arrows.

And keep this away from Mom. “Clean your room” and “Do your homework” are lousy pancakes.

LG Gram for Business 17 (2020): Big Reasons to Like It
END_OF_DOCUMENT_TOKEN_TO_BE_REPLACED