ICYMI: Our Channel News Roundup for the Week of February 11th 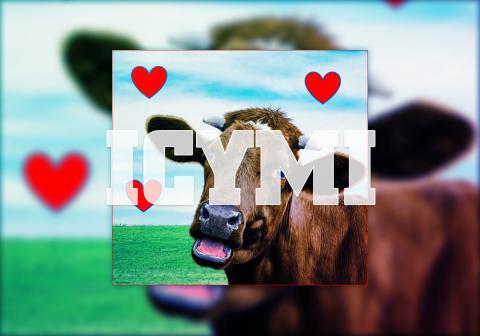 IoT tech from Microsoft, healthcare tech from the HIMSS conference, and a Tinder for cows are among the many stories we’ve finally gotten around to telling you about. By James E. Gaskin
Tweet

What an interesting week we’re slogging through. Extreme weather on both coasts, Valentine’s Day (give your bae a frozen rose?) and the NBA All Star festivities starting tonight. Sure hate to act all this out in a game of Charades. We also hate to miss out on IT industry news, but some got past us, so let’s catch up. 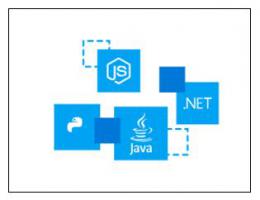 News from the Microsoft and Amazon clouds. Microsoft may have been slow to the Internet (check your technology history books) but Redmondians are at the front of the Internet of Things, especially the cloud edition. Now, the popular open-source Azure IoT Edge runtime can be had on Ubuntu virtual machines. First OS is Ubuntu Server 16.04 LTS, but others will be added based on user feedback.

Amazon’s Elastic File System (EFS) can really hot rod in a massively parallel way. Now it can also save you money on cold data not accessed in the past 30 days. Use storage that’s 85 percent less expensive in the Amazon EFS Infrequent Access storage class.

If you love the cloud but also love getting your (virtual) hands on bare metal, Intel and Amazon have some news for you. Running on AWS-custom Intel Xeon Scalable Processors with sustained all-core Turbo performance are five new Amazon EC2 Bare Metal Instances. Pick your favorite of five models (m5.metal, m5d.metal, r5.metal, r5dmetal, and z1d.metal) with varying speeds, memory, and local storage. Supports low-level processor features and licenses limited to bare metal execution, so you can move non-virtualized apps to the cloud and much more. 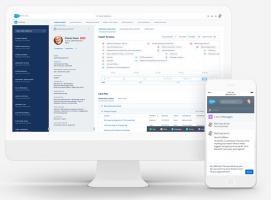 A survey of Association for Executives in Healthcare Information Technology (AEHIT) members, performed by analytics vendor Nyasa in conjunction with HIMSS, dove into the challenges for healthcare IT staff. Monitoring and managing wireless biomedical devices (think security) and a goal of zero downtime for wireless networks are top of mind. Security and patching are the two biggest pain points for 80 percent of those surveyed. No surprise, healthcare IT pros lack adequate performance and monitoring tools.

Tenable (security) pulled the curtain on Predictive Prioritization. Tenable.sc (formerly SecurityCenter) reduces business risk by focusing on the three percent of vulnerabilities with the greatest likelihood of being exploited in the next 28 days.

It appears IBM Watson is ready to get its virtual hands dirty. The goal? Monitor worker safety in hazardous environments, including construction, mining, and factories. IBM’s Maximo Worker Insights monitors biometric and environmental data with help from Garmin Health, Guardhat, Mitsufuji, and SmartCone and their IoT wearables.

Say goodbye to Shield Watch and hello to Concertium. The rebranding came just as Concertium launched Captain’s Chair IT, a SaaS “single pane of glass” dashboard to help mid-market clients with data-driven insights.

Conducted by the Ponemon Institute, Trend Micro’s Cyber Risk Index surveyed more than 1,000 IT security professionals in the U.S. About 80 percent of respondents anticipate a critical breach or successful cyberattack over the coming year. Companies ranked research and development information, trade secrets, customer accounts, and other confidential information as the highest risk of loss when a breach occurs. Seems to indicate a gap between what’s important and what’s being adequately protected. Common theme? Too few qualified people to manage security systems.

CompTIA’s “2019 Trends in Internet of Things” report hit the virtual streets, full of information about IoT use from more than 500 U.S. companies. Good news: everyone sees IoT as a means to cut costs and generate revenue. 35 percent lean toward cost savings, while 31 percent lean toward revenue. The rest say flip a coin, because they expect both. Over 60 percent of organizations are using or experimenting with IoT right now. Some critical factors include the complexity of an IoT ecosystem, new skills needed, and security.

The inaugural Global StorageSphere forecast from IDC predicts storage capacity will more than double over the 2018-2023 timeframe. Just double? Of course, that subtracts the storage systems and devices that fail or are retired during that window. Ouch: only 1-2 percent of the data created or replicated each year is saved or stored for any period of time. The rest is immediately used or analyzed and is never accessed again. Not surprisingly, storage capacity is expanding faster in regions where cloud data centers already exist or are expanding. By 2023, nearly 40 of global storage will be in the Asia/Pacific region. 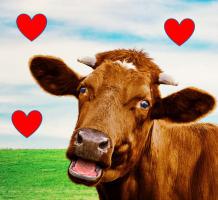 Are you in the moo’d for love? If you use Tinder, and raise cattle, you should check out Tudder. Yep, the mashup of Tinder and udder (that stuff under a cow), Tudder is an app for the SellMyLivestock website. Hectare Agritech CEO Doug Bairner claims it’s the first matchmaking app for livestock.

Pull up the app and swipe right for yes and left for no as you peruse the most bae-licious bovines in England. Hot topics include milk yield and calving potential. Apparently, there’s far more information available about cows than people. Wouldn’t dating apps be better if profiles included details like “high maintenance” or “runs away at every opportunity” right upfront?

ICYMI: Our Channel News Roundup for the Week of February 11th
February 15th, 2019