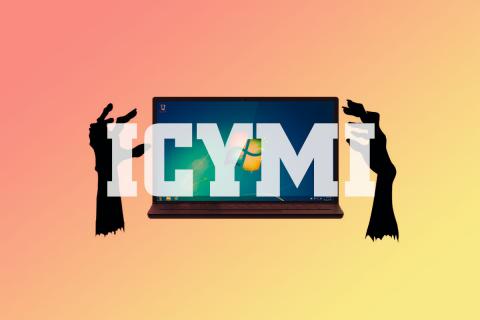 New phones from Samsung, new security products from RSA (plus a slew of others), and a night of the living dead for Windows 7 devices are among the stories we probably should have brought your way earlier this week. By James E. Gaskin
Tweet

Welcome to Valentine’s Day and another visit from the Polar Vortex. Those in the upper Midwest and Northeast who didn’t plan ahead for today will have a tough time swinging by a florist on the way home. On the other hand, you might try the, “I have reservations at Fancy Restaurant X but the weather’s too bad to get there,” gambit. When that doesn’t work, use your alone time to catch up on all these lovely newsbits we missed this week. 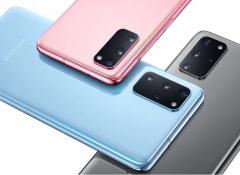 Samsung Galaxy news. Hints about Samsung’s newest flagship Galaxy smartphones have been seeping out for a while, but the official release brings a new camera process with up to 30x zoom, 8K video, and Super Steady to keep the shakes away. Models include the Galaxy S20, Galaxy S20+, and Galaxy S20 Ultra, all ready for 5G and powered by a 7nm 64-bit Octa-core processor with a max clock speed of 2.7 GHz.

And hello as well to the Galaxy Z Flip foldable smartphone. This is certainly not your father’s flip phone, given its two 4-inch screens, fancy new camera with Night Hyperlapse video, Galaxy Buds, Samsung Pay, and health and wellness tracking capabilities. 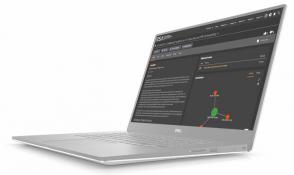 News from RSA. The U.S. edition of the annual RSA security conference is coming soon, so RSA itself decided to get ahead of all the stories sure to break there. The latest version of RSA NetWitness Platform includes functionality updates for automated network detection and response, user and entity behavior analytics, and threat intelligence. New goodies inside RSA NetWitness Orchestrator as well, built on ThreatConnect technology.

You can now roll out the RSA Archer Suite in the cloud with RSA Archer SaaS. Stand it up in hours, lower cost of ownership, mission-critical resiliency, and committed SLA. 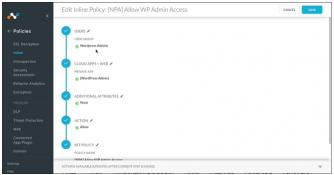 Other security news. The previously-mentioned Samsung S20 phones and McAfee worked together to pre-install anti-malware protection. The partnership extends to Samsung PC and laptop users in addition to mobile support.

Valentine’s Day is all about love, but trust is something completely different. Now available, Netskope Private Access is a cloud-based Zero Trust Network Access (ZTNA) product designed to secure access to applications, databases, file shares, servers, and other services in public clouds and enterprise data centers.

Attivo Networks revved up its ThreatDefend Detection Platform to anticipate attackers using an infected endpoint and stop them. Reduces the time an attacker can remain undetected.

The California Consumer Privacy Act (CCPA) kicked in on January 1, and the GoodData Security Shield and GoodData Enterprise Shield are in full compliance.

Fans of browser isolation tools should check out version 5 of Isla Isolation Platform from Cyberinc. Flexible deployment modes including on-premises or cloud and physical or virtual deployments.

ReFirm Labs new Centrifuge Platform detects backdoors in surveillance chips from HiSilicon, a subsidiary of Huawei. These chips appear in devices from dozens of manufacturers. 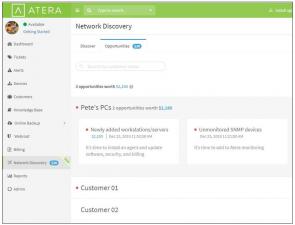 Other product news. Atera has jumped into the network monitoring fray with the new Atera Network Discovery (pictured), which continuously scans networks for new hardware.

Want to know who’s using all those Poly cameras you deployed, and how? The new Poly Lens insights and management tool, currently in commercial preview, has the answers.

If you can “have it your way“ at Burger King, what about on your network? Granite Telecommunications says yes, with its “Built-to-Order” SD-WAN program. After installation, Granite monitors and manages every SD-WAN deployment from its U.S.-based NOC.

The cloud communications folks at United Office are focusing their Total Connect Now product on the hospitality industry. Includes an in-room portal for guests to connect to local vendors and service providers, and plans to bring back room monetization for the hotel. 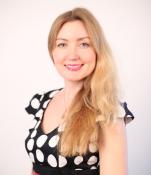 Forescout Technologies launched its enhanced Envision Partner Program for VARs and solution providers. Later this year the program will expand to include alliance and global system integrators.

Tech Data and Software AG shook hands to work together in various integration and IoT areas. Should help cut down on some of the “shadow IT” hassles within companies.

Sequans’ IoT chips and modules will be available through Avnet, who will exclusively promote Monarch Go, an LTE-M/NB-IoT modem component designed for and certified by Verizon.

The Dell’Oro Group’s Server and Storage System 5-Year Forecast Report shows the cloud server market will account for 74% of shipments in the networks and data center IT industries by 2024. Growing at 7% CAGR from 2019 to 2024, server and storage system revenue will reach $136 billion. Server unit demand will be moderate, although Multi-Access Edge Computing (MEC) will offer long-term incremental growth. Flash storage transitions will offer revenue growth opportunities even though the market faces a decline in unit demand.

Wakefield Research surveyed 400 IT decision makers for its Challenges of Cloud Transformation report and found the only thing that can slow down cloud project growth: a shortage of talent. 86% believe a shortage of qualified engineers will slow down their cloud projects. In fact, 63% say it’s easier to find Bigfoot than a qualified engineer (we’re waiting for those photos). Other non-technical issues include lack of understanding by company leadership (84%) and underestimating the costs and effort needed for cloud management by 76% of the suits.

Tripwire’s Cybersecurity Workforce Study found a similar problem in cybersecurity. The domestic workforce gap is nearly 500,000 employees now, and the workforce needs to grow by 62% in order to meet demand. Globally, the workforce needs to grow by 145% since the workforce gap is 4.07 million. Yes, over 4 million cybersecurity experts could be hired if they existed. Not surprisingly, 83% of companies talk about how badly security teams are overworked, and 93% are checking into wellness issues for their cyber teams. 85% believe managed services are a good option for addressing the skills gap, and nearly half (46%) are planning to invest in more managed services in 2020. 50% said they plan to invest heavily in training existing staff.

“Smart Cities” may sound a bit vague, but the IDC Worldwide Semiannual Smart Cities Spending Guide says nearly $124 billion will be spent on smart cities projects this year. That’s a seriously big bucket of bucks, and an 18.9% increase over 2019 spending, so the trend is going up and up. However, fewer than 80 cities are investing more than $100 million this year. Integrators should rejoice that 70% of the opportunities are in cities spending $1 million or less per year, so the small and medium city market is growing as well. Top investor city? Singapore, followed by Tokyo, partly because of the 2020 Summer Olympics. 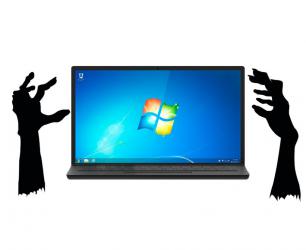 Windows 7 Zombie Edition. Pundits like to say Windows 7 won’t die. They usually mean that users hate to give up Win7 for various reasons ranging from laziness, lack of funds, or special programming specific to Win7. But an article in The Register says individual Win7 systems refuse to turn off.

That’s right, a few folks can’t turn off PCs running Windows 7. Turns out the Zombie Apocalypse is real, at least for some computers.

The Restart dialog says, “You don’t have permission to shut down and restart this computer.” Talk about aggravating messages. Wonder how it handles it when you unplug the insolent device. If it stays alive then we really would have an interesting headline.

Turns out you can shut down from the command prompt, but to fix it for real you need to tweak the User Account Control settings with the Group Policy setting “Run all administrators in Admin Approval Mode” or the equivalent registry setting. Then run grupdate/force and all will be well.

But if your Win7 system then comes back to life and starts chasing you, get the shotgun.

2021 ChannelPro SMB Forum Series Kicks Off in the Midwest
Your Next Move: Server Administrator
END_OF_DOCUMENT_TOKEN_TO_BE_REPLACED

Jabra PanaCast Review - Get Your Huddle On
END_OF_DOCUMENT_TOKEN_TO_BE_REPLACED