ICYMI: Our Channel News Roundup for the Week of December 9th 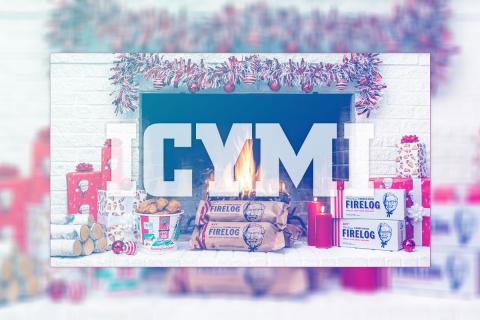 Quantum computing chips from Intel, a strategic acquisition by Acronis, and the perfect fire log for people who wish they could deep fry their living room are just a portion of the many stories we’re belatedly bringing your way. By James E. Gaskin
Tweet

In case your calendar doesn’t show holidays, it’s less than two weeks until Christmas (13 unlucky days to match today’s date of Friday the 13th). The good news? Office snacks will improve greatly next week. Bad news? Some of those snacks will be last year’s fruitcake. The reward for vigilance is a tooth that remains uncracked on super-stale pecans embedded in concrete-like cake filled with fossilized fruit. 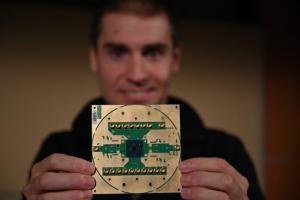 Wintel wonderland. What’s not stale? Quantum computing. Fresh as next spring’s flowers. Including the new Intel cryogenic control chip, code-named Horse Ridge. The new chip will set a clear path toward larger-scale quantum systems by enabling control of multiple quantum bits, or qubits. The Horse Ridge system-on-a-chip takes qubit controls into the quantum refrigerator. Forget water-cooled systems, this is a cryogenic system working as close as possible to absolute zero.

You’ve heard about lidar cameras, the expensive eyes of self-driving cars. The new Intel RealSense lidar camera L515 is only $349 and you can pre-order today. Includes 23 million accurate depth pixels per second with a supported range of -.25 to 9 meters. 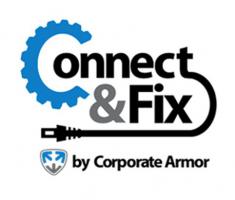 Other stocking stuffers. Dreaming of an Active Directory self-service password management and single sign-on solution? You’re in luck! Talk to ManageEngine about the newest edition of its ADSelfService Plus. Also offers endpoint multifactor authentication for Linux logins, and, of course, Windows and macOS MFA support.

One Identity (identity-centered security) Active Roles 7.4 is revved up for easier provisioning and deprovisioning of AD accounts and extended to cloud and SaaS applications.

Bold360 from LogMeIn makes it easier for customers to engage with chatbots and chatpeople on messaging apps like WhatsApp, WeChat, Facebook Messenger, and SMS Text.

If you have some 2019 Mac Pros, you might appreciate ATTO’s Celerity Fibre Channel HBAs and ATTO FastFrame Ethernet adapters. And ATTO MultiPath Director and ExpressSAS for good measure.

Are you a FIPS-er? Do your products need to meet Federal Information Processing Standard 140-2? Cast a glance at the updated SolarWinds RMM, N-central, and Take Control, because they all now include cryptographic algorithms for managing Microsoft Windows systems that meet FIPS. 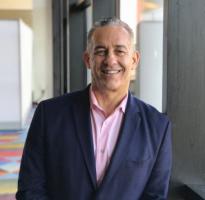 Acronis acquired 5nine, which will be a wholly-owned subsidiary and continue providing Microsoft Hyper-V and Azure cloud management and security solutions.

Few if any people feel they’re overpaid or will admit they believe their pay envelope is too fat. But the Invanti Women in Tech Survey 2019 found 46% of the 800 responses from women in the tech biz feel the gender pay gap still exists and needs to be closed. Almost two-thirds (64%) said they would move to a new role that offered equality in pay and benefits. And the aggravation’s getting worse, since 24% said the “glass ceiling” was a problem last year, but 31% cited that ceiling as a key challenge now. 40% named mentoring and career coaching as one of their top three priorities. 62% feel stereotypes still favor men in leadership roles, and that as women, they are judged by different criteria.

StorageCraft announced its second report on a series of findings from surveying over 700 companies in North America, U.K., France, Germany, and Australia. Oops: 86% report their business has lost data to a ransomware attack. 68% believe they have a plan in place to recover quickly from such an attack, but nearly a quarter don’t test their recovery plans. Do they at least hang prayer beads on their backup servers? Almost half (46%) don’t have the budget to adequately recover from a failure. Even more (49%) report they have between three and five different types of systems to manage and protect their data. 33% have six or more types of systems. That’s a lot of prayer beads.

The second annual Data Centers and the Environment report from Supermicro is based on a survey of over 5,000 IT professionals. Again, this year, the majority of data center leaders don’t factor green initiatives into their planning. This increases data center costs and impacts the environment. 86% don’t consider the environmental impact of their facilities an important factor about their data center. 22% say “environmental considerations” are too expensive to be a priority. 9 of 10 data centers are not designed for optimal power effectiveness, costing each facility $1.4 million annually.13% are moving to make their data centers colder rather than leveraging free air-cooling equipment designs. In the past year, the percentage of companies recycling their decommissioned hardware has dropped across the board. In fact, 10% essentially throw away older equipment. Maybe that’s why 70% of overall toxic waste in the U.S. comes from e-waste. 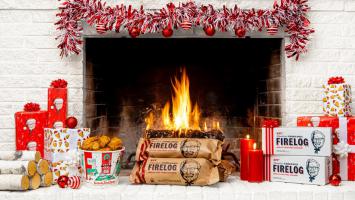 Available only through Walmart.com for a mere $18.99, the logs sold out in three hours last year. If you’re too late this year, Amazon resellers may be able to help you. Or maybe one of your loving family members or friends bought you a fried chicken-scented fake log. Perhaps they hope you spend the evening watching the flames and jonesing for KFC.