ICYMI: Our Channel News Roundup for the Week of December 5th 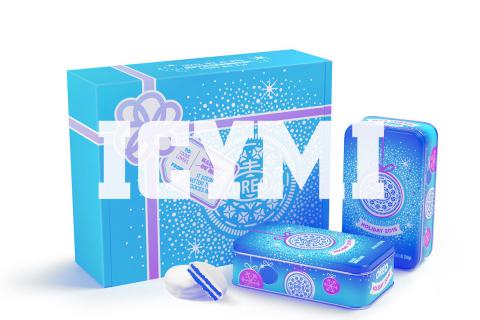 A second run at porting Windows onto to ARM devices, a new Wintel PC initiative, and an example of channel friction involving cookies rather than computers are all among the stories we didn’t get to this week. By Rich Freeman
Tweet

You might think we grow weary of contrition sometimes here at ChannelPro. And if so, you’d be right. I mean, how many times must we bow our heads and beg forgiveness for failing to report so much of what happens in the industry we cover?

Once more, you say? Fine. Have it your way.

What the (Win)HEC? Looks like we need one more act of forgiveness from you, for that lame pun. Then we can move on to belatedly discussing Microsoft’s announcement this week, at its WinHEC hardware engineering conference in China, that it’s taking a second stab at porting Windows onto the ARM chip architecture, this time in partnership with Qualcomm. The company’s first attempt, you’ll recall, produced $900 million worth of unsellable Surface RT tablets, so the decision to make a version of Windows compatible with the processing platform used by most of the world’s smartphones and tablets once more couldn’t have been an easy one.

The big difference this time around, though, is that new emulation technology will enable ARM-based hardware to run x86-based Windows software, so buying WinARM devices won’t require you to part ways with applications you would otherwise spend most of your day in. Which just might be enough to make Microsoft a player, if not a leader, in mobility.

Don’t hold your breath waiting for that day to arrive though. Microsoft says Windows devices equipped with Qualcomm Snapdragon chips “are expected to be in market as early as next year,” which sounds a lot like “2018” to our cynical ears.

So good news week for the Wintel alliance or no?

New and improved! With 99 percent less racism! Much as Microsoft is taking a second run at the ARM platform it’s also braving the chatbot waters again, this time with an artificial intelligence named Zo who scrupulously avoids discussing anything with you that could lead it say something patently offensive, like its forerunner Tay.

And we trust you won’t find this list of product announcements from the week that was offensive either. You will find it lengthy, however.

OK, catch your breath. Because there’s more coming from vendorville.

Delicious disintermediation. Turns out IT isn’t the only industry where partners have to worry about vendors going direct. Grocers learned this week that Mondelēz International is selling special holiday-themed tins of its OREO cookies, bathed in white fudge, straight to consumers via a new website. And while that particular product is available for a limited time only, this won’t be the last time the self-described “global snacking powerhouse” does an end around retailers. Mondelēz says this new venture is part of a larger e-commerce effort aimed at generating $1 billion of incremental revenue globally by 2020. Call it channel friction if you must. We just call it delectable.

ChannelPro 5 Minute Roundup for the Week of November 22nd, 2021
How do Windows, Linux, and macOS compare?
END_OF_DOCUMENT_TOKEN_TO_BE_REPLACED

LG Gram for Business 17 (2020): Big Reasons to Like It
END_OF_DOCUMENT_TOKEN_TO_BE_REPLACED