ICYMI: Our Channel News Roundup for the Week of December 3rd 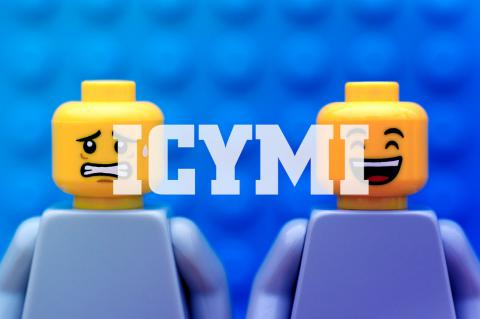 A new Snapdragon from Qualcomm, a new Ultrabook from Razer, and a new advance in Lego-pooping science are among the many stories we’re just now getting around to telling you about. By James E. Gaskin
Tweet

As of today, we’re less than three weeks from your children’s favorite holiday—the one with lots of gifts. Just to add to the distractions, the NFL saw only the second 99 yard touchdown run in history Thursday as the Titans beat the Jaguars (here’s the first run by Tony Dorsett of the Dallas Cowboys). Even more distracting? The huge snowstorm threatening to ruin this weekend’s shopping all up the Atlantic coast. And, oh yeah, we need to catch up on some news we missed while watching weather and football. 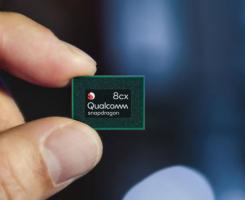 Qualcomm’s Snapdragon Technology Summit. Doesn’t it feel like 5G is already here? Sadly, not even close. But moving it closer was the demonstration of live 5G networks and mobile devices during the show. All the major mobility heavyweights were in on the fun, and everyone promises “the imminent launch of 5G networks and smartphones across the globe in early 2019.” Yeah, no, but it’s getting closer.

Snapdragon chips power plenty of devices, and now the focus is on PCs, especially mobile ones of the always-connected variety. The new Qualcomm Snapdragon 8cx Compute Platform (pictured) is built on a 7 nanometer production process base and includes the Adreno 680 GPU that can drive two 4K monitors. The Kyro 495 CPU in the center features eight cores. 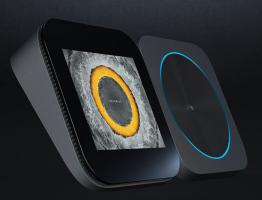 You may know eSentire for its pure-play managed detection and response (MDR) tools. Now its added Risk Advisory and Managed Prevention, built upon that MDR base. Reacting fast to the evolving threat landscape and preventing security incidents is all part of the game plan.

Just released is the Pulse Policy Secure 9.0R3, which extends the system’s Zero Trust Security to IIoT devices and smart factories. Also helping is the behavioral analytics on IoT devices to catch any that have been compromised.

Illusive Networks (lateral movement detection and response) rolled out Pathways to automate on-demand discover and inspection of all paths an attacker might use. This is an enhancement to Illusive Attack Surface Manager (ASM).

Cylance has some new (APIs) for its endpoint detection and respond offering, CylanceOPTICS. 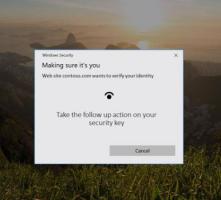 It’s a Wintel Wonderland. Are you or your clients looking to use freelancers rather than temp workers from a staffing shop? Then the Microsoft 365 freelance toolkit might help. It’s a curated set of tools, templates, and best practices to launch, manage, and execute freelance programs at scale. Controlling team collaboration and freelance access to storage, maybe a map to the breakroom, and more are included. 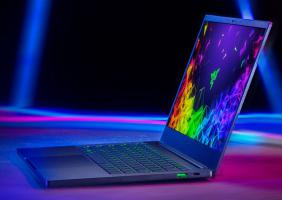 Other product news. CloudJumper (virtual services) proudly announced that its Cloud Workspace Management Suite software is now available to users of VMware Cloud on AWS. Roll out VDI, workspace as a service, and desktop as a service across both public and private clouds

SolarWinds freshened up its portfolio with an enhanced edition of its Orion Platform. Now the SolarWinds Network Performance Monitor does more with software-defined networking platforms like Cisco ACI.

Who wants to carry around a heavy laptop? Nobody, that’s who. So rejoice at the new Razer Blade Stealth (pictured), a 13-inch ultraportable laptop line. Available goodies include 4K resolution (3840x2160) and NVIDIA GeForce dedicated graphics. Ready now if you’re feeling Santa-like.

Brother (printing/imaging) achieved TAA compliance, overcoming the technical and data security challenges in the public sector. Results? The Brother HL-L6400DWG monochrome laser printer and the MFC-L6900DWG MFP are ready to go into public service at the federal level with full TAA certification.

ZeroStack (cloud) now offers single-click deployment of GPU resources and deep learning frameworks like TensorFlow in its Self-Driving Cloud platform. All the OS and CUDA library dependencies are handled for you.

Who needs more fast storage? Everybody, that’s who, or at least Supermicro hopes so. Its new 1U all-NVMe Storage Server and JBOF stuffs up to one petabyte of Non-Volatile Memory Express storage in a 1U box. Up to eight concurrent hosts can connect.

Restaurant management platform Upserve cooked up a new version of Upserve POS (point of sale) for Android and new hardware built specifically for the restaurant industry. You can get Upserve on iOS too.

The second generation of End-To-End Encryption (E2EE) for ownCLOUD Enterprise is out. The plugin uses a private and public key for encryption with hardware tokens for enhanced security. 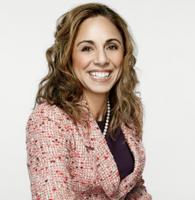 Non-product vendor news. Kim Rivera (pictured) takes over as president, strategy and business management for HP Inc. at the first of the year. Rivera’s currently chief legal officer and general counsel and has been at HP since 2015.

NexusTek (IT services) rolled out the welcome mat for Michael Hamuka as chief revenue officer.

IDC’s Worldwide Quarterly Personal Computing Device Tracker report has mixed news this time. Overall, traditional PCs (meaning desktops, workstations, and notebooks) and tablets are expected to total up about 3.9 percent less on the cash register this year. Over the next four years, growth will be a negative 1.8 percent. But tablets seem to be slowing more than desktops or laptops, including slate tablets that have been sliding down the sales hill since 2015. Desktops still struggle, but gaming, business PC upgrades, and the growth of higher-end notebooks are bright spots. Lower-end PCs will continue to see some impact from the current processor shortage. New products from Apple, Microsoft, Samsung, and Google in the detachable tablet category will help that market recover a bit in 2019.

M-Files Corp. (information management) released its 2019 Global Intelligent Information Management (IIM) Benchmark Report. The survey of more than 1,500 global office workers found some interesting, well, sad news about document retrieval. Turns out 83 percent of staff have had to recreate existing documents because they couldn’t find them when needed. Almost half found searching for documents to be challenging and time-consuming. Nearly everyone (96 percent) struggles to find the most recent version of a document or file. Ouch. One reason? Only 24 percent of companies worldwide use some type of enterprise content management solution. That, and some people seem genetically incapable of storing documents where they’re supposed to be stored.

Maybe a robot can help. According to the IDC Worldwide Semiannual Robotics and Drone Spending Guide worldwide spending on robotics systems and drones will hit $115.7 billion in 2019. That’s up 17.6 percent over 2018. By 2022, the total will be around $210.3 billion, a growth rate of 20.2 percent. Hardware sucks up about two-thirds of robotic dollars, and purchases of industrial and service robots add up to nearly 30 percent of the total in 2019. Drone hardware makes up about 90 percent spending, and consumer drone spending should add up to about 40 percent of the total in 2019. Consumers will spend $5.1 billion on drones in 2019.

Mobify found an interesting shopping place during the recent Black Friday and Cyber Monday week: phones. Mobile transactions and traffic both rose 22 percent over 2017. Revenue share from phone shoppers is up 28 percent. Phoners spent longer perusing their devices as well. Interestingly, product detail page (PDP) views were lower on Black Friday, suggesting shoppers already decided on what they wanted by searching Monday through Wednesday that week. 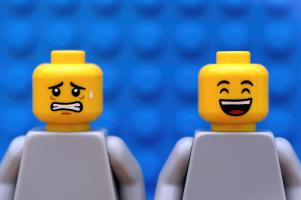 Shitting Bricks for Science. Kids love Legos, and little kids often love to pop things they shouldn’t into their mouth and start a fun little parent panic party. The Guardian reported on a paper in the Journal of Paediatrics and Child Health that detailed how six researchers from Australia and the U.K. used themselves as lab rats by swallowing the heads of Lego figures and verifying that said parts passed without damage.

Sounds noble, right? Not even close. A rounded head about 10mm x 10mm is NOT the only think kids swallow. They often go for the nice bricks with hard edges that are larger than the rounded heads.

Besides, every parent knows Legos do much more damage by spreading themselves across the floor and hiding in the dark. That’s when adults walk into the room to check on their sleeping child, step on a brick in their bare feet, and scream loudly enough to wake up their kid and everyone else within two hundred yards. Forget waterboarding, CIA. Try Legos in the dark to get confessions.