ICYMI: Our Channel News Roundup for the Week of December 19th 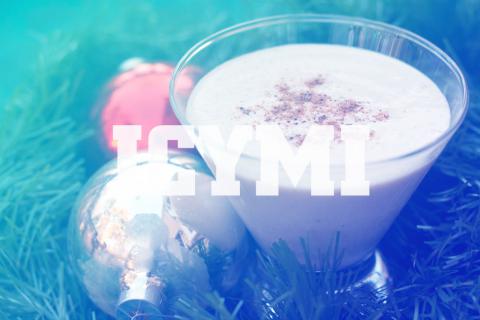 Machine learning hints from Intel, Christmas goodies from Bill Gates, and an app that any fan of spiked eggnog will someday want on their smartphone are but a few of the stories we didn’t get around to covering this week. By Rich Freeman
Tweet

Actually, who are we kidding? There hasn’t been a lot of stirring all week, which is why it’s taken us until now to tell you about a whole bunch of news from the world of IT.

Intel(igence). This is the season when every joker with a keyboard is publishing year-in-review pieces and prediction stories about the year to come. Intel joined the crowd a couple of days ago with a kind of two-in-one post containing both a look back at developments this year in machine intelligence and the Internet of Things and a look ahead to what we can expect for 2017. And while most of their predictions were of the speculative prognostication variety, there were a few specific and interesting roadmap milestones in there too:

Further evidence, if any was needed, that top tier vendors are placing big bets on artificial intelligence these days—and that channel pros should be starting to think now about what that could mean for them later.

You know things are winding down for the year…When even Microsoft barely makes the IT headlines. For our purposes, in fact, there are really only these two relatively minor updates to report:

Ho Ho Holy Crap. Do you think the Reddit user known as Aerrix publicly wished Bill Gates a happy birthday when he turned 61 this October? Probably not, right? And yet, thanks to Reddit’s secret Santa gift exchange program and much to her understandable surprise, she recently received a box full of goodies including mittens, slippers, a collection of recipes from her native Louisiana, and an Xbox One Minecraft edition from the Microsoft co-founder. All we got, thank you very much, was some probably sound advice about what to bone up on if we’d like to remain employable.

But, hey, at least there was some interesting product news to read about. For example:

There were other vendor-related stories under the Christmas tree this week too. I suppose we should have waited until Sunday to unwrap them, but we’re impatient that way.

Use your noggin. Sure, December 24th is best known as Christmas Eve, but it’s also National Eggnog Day. So by all means, if you’re not drinking these like we plan to go on out and join the surprisingly large crowd of folks downing the holiday season’s most iconic concoction this weekend.

If you do, though, we sincerely hope you know better than to operate a car afterwards. In case you don’t, students at the Worcester Polytechnic Institute are developing an app that that will let you know when you’re unfit to drive. Called AlcoGait, the solution compares your current walking pattern to your normal one and makes your phone buzz if it thinks you’re buzzed.

Handy stuff, but not generally available yet, so you should probably just use Uber to get around if you’ve been drinking. In partnership with MillerCoors, they’re offering discounted rides in 12 cities through the end of the year. Cheers, everyone!