ICYMI: Our Channel News Roundup for the Week of December 17th 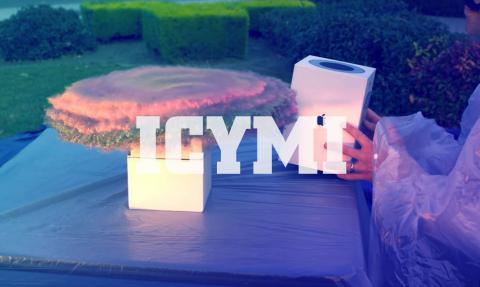 Processor news from Cisco and Qualcomm, cloud backup news from Microsoft, and glitter bomb booby traps for porch pirates are among the many stories we really should have told you about earlier. By James E. Gaskin
Tweet

Enjoying the Winter Solstice (December 21)? The days are getting longer, especially those trying to travel in the northeast through rain and floods. They need more than more daylight, they need more hours in the day to make up for delays. On the other hand, catching up on the news that slipped by the last few days is a good way to block out the three hundred other people crammed into your cancelled flight waiting area. Ready? Roll newsbits. 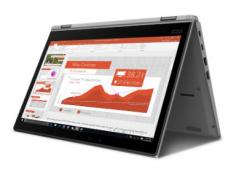 Hardware news. Happy with the speed of your networks? Of course not. Apparently, Cisco isn’t either, so they are putting their chips in the pile to acquire Luxtera. No, Luxtera isn’t a new networking company but a hot designer and builder of custom chips using silicon photonics technology. Those 400 GbE switches don’t come from a 3D printer, you know.

Speaking of IoT, Intel announced its Connected Logistics Platform (Intel CLP). With PA Consulting and Google Cloud, shippers get near real-time supply chain visibility. Items that need to be treated carefully (low g-forces) and temperature controlled during transit have a new watchdog system.

Lenovo makes a range of conventional laptops, and the Yoga line that bends and folds has a lot of fans. More twisty tools are on the way with the new Lenovo ThinkPad L390 and L390 Yoga (pictured) models. Take your choice: lay flat like the L390 or bend over backwards like the L390 Yoga. The 13.3-inch units come with 8th Gen Intel Core processors and security goodies like fingerprint readers and dTPM 2.0. Available this month starting at $659 (L390) and $889 (L390 Yoga).

Getting someone an Xbox One for Christmas (maybe even yourself)? Then accessorize it properly with the new Razer Turret, a lighted keyboard and mouse combo that runs wirelessly through a single dongle. Mechanical key switches, 16.8 million color combinations, and a dedicated Xbox One dashboard key area all standard. Preorder now for Q1 2019 delivery. (Works with PCs, too).

Other products. What’s the best type of backup? The automatic type, of course. Say hello to a public preview of Azure Backup for SQL Server on Azure VM. Now when you spin up a new database on a protected SQL Server database, the system automatically begins data protection.

Quick, what’s on your network? SMBs who shrug now should check out the Community Edition of Alloy Discovery Express. The no-cost version of Alloy’s inventory utility discovers your entire network, usually leading to several “where did THAT come from?” discussions. Save time and money planning for upgrades, issue resolution, and more.

Not a product but still newsy. Pax8 (cloud distribution) printed new business cards for Nick Heddy (pictured), who has moved up to chief revenue officer.

Malwarebytes (security) rolled out the red carpet for new Chief Revenue Officer Barry Mainz. If the name is familiar, it may be because Mainz was CEO of MobileIron.

Two players big in the SMB security world partnered to increase security from the endpoint up by mashing up Malwarebytes’ Endpoint Protection and Untangle’s Command Center. The cloud security platform manages security orchestration with that all-important single pane of glass interface.

During the recent AWS re:Invent conference, LogicMonitor (monitoring) polled 135 cloud professionals about how they manage workloads in the data center and in the cloud. Surprise: by 2020, most expect the mix of on-prem to cloud to change from the current 46/44 percent to 25/67 percent. Hybrid should grow only from 11 to 12 percent, which seems low for such a buzzy term. As far as platform, 4 of 5 use AWS (81 percent) for production, but 1 in 4 (26 percent) are using Google Cloud Platform for experimenting. Over half (54 percent) are using multiple cloud platforms, and they have a strong preference for continuing to rely on multiple providers. Guess it’s hard to go with “one throat to choke” when clouds don’t have throats.

Who better to ask about bringing new hardware to market than the hands-on folks at Hackster.io and element14? Avnet’s latest Product Developer Index surveyed 1,190 of the 1.3-million member community and created a nice infographic. Most important tech for products they’re designing today? IoT and sensors. IoT products were up most in importance (14 percent), but drones and robotics were close behind (8 percent). IoT got tagged most improved tech at 26 percent, just one point better than artificial intelligence. Biggest problem in IoT deployment? Security, says 81 percent. Biggest hinderance? Time. Best sign of industry cooperation? More than a third (37 percent) sought a partner to help get a product to market. 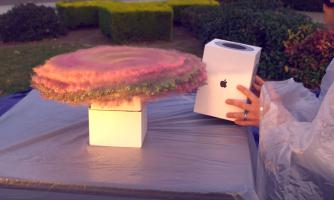 Glitter bombing the Grinch. What has become the modern scourge of the holidays? Porch pirates. Thanks to video doorbells, local news programs are full of videos of those scumbags of the season cruising neighborhoods boosting every box they find.

Mark Rober, a former NASA engineer turned YouTube celebrity, decided to fight back after being hit by porch pirates himself. Being a YouTuber, he made a video he calls, “Glitter Bomb VS Package Thief.” Like he says, if he could help design the Curiosity Rover toddling around Mars, he could outwit some porch pirates.

And he certainly did. While some victims might prefer packing a bomb full of black paint or super glue or something lethal (deadly booby traps are frowned upon, even in the South), Rober chose glitter. Annoying and hard to get out of cars and apartments, not to mention colorful. One always needs a bit of whimsy in revenge.

Four phones inside the boxes recorded video of various perps opening packages and getting a glitter bomb in the face. A “fart spray” was also included to make things even more fun for the pirates. Rober tracked the miscreants thanks to a GPS inside.

The ten-minute video has over 42 million views since December 17, 2018. The only thing better would be video of those porch pirates walking the plank, or at least being arrested.

Maybe next year Rober can hide cameras in mistletoe for blackmail bait at office Christmas parties.