ICYMI: Our Channel News Roundup for the Week of December 12th, 2022 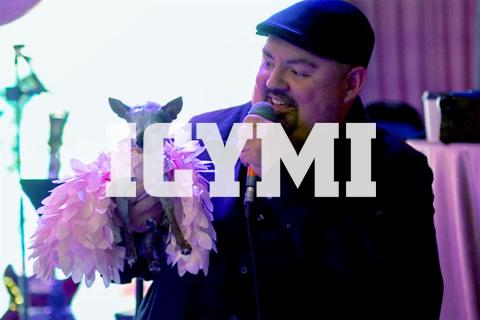 Security announcements from WatchGuard, ConnectWise, and Fortinet, new FinTech gear from Epson, a new channel chief for Veeam, and a quinceanera for a chihuahua are among the news gems we’ve uncovered for you in plenty of time for the holidays. By James E. Gaskin
Tweet

Winter begins on Wednesday, December 21, this year, so all you folks shoveling a foot of cold, white, “fall precipitation” from your sidewalk the past few days can’t blame winter. You’ll know when winter hits, because frigid arctic air will cover half the country. Stock up on these toasty newsbits to keep you warm through the holidays.

Security news. WatchGuard released two new products to improve edge connectivity and Wi-Fi 6 support, Firebox NV5 (pictured) and AP332CR. The first is a VPN gateway while the second is a new access point for Wi-Fi 6 with WPA3 security.

ConnectWise and Evo Security did the deal to add identity and access management to the ConnectWise suite.

Keeper Security obtained StateRAMP Authorization for its Keeper Security Government Cloud at the Moderate Impact Level. Hosted in the AWS GovCloud. But wait, there’s more! Their latest iOS updates for One-Time Share and Siri Shortcuts give users a quicker way to control their Keeper Password Manager. 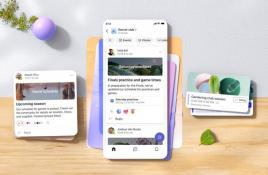 Other product news. Microsoft Teams added communities so you can create a separate space for your softball team, classic rock cover band, secret skunk works projects, or whatever group you’d like, to post messages, organize events, share/store documents, and filter content. Now rolling out in the free version of Teams.

The FinTech vertical has two new options for multifunction teller workstations: the Epson TM-X2000II-NW and TMS9000II-NW. Connect over Ethernet or USB, with PCs and thin clients.

Creative types and color-sensitive designers on the move should look at the new ViewSonic 15.6” ColorPro VP16-OLED portable display. Native 1080p and a factory-calibrated OLED screen that’s Pantone-Validated. For a bigger image, the new ViewSonic LS610WH and LS610HDH LED projectors in the Luminous Superior Series will throw either 2,000 or 4,000 ANSI Lumens of brightness using 3rd generation LED technology.

What’s new from Axonius, you ask? How about the addition of behavioral analytics and user-device associations to its SaaS management app.

Manage partners better with the new Impartner Custom Objects and go click, click, customized. While you’re at it, check out Impartner’s Advanced MDF and track leads and deals generated from particular MDF projects. 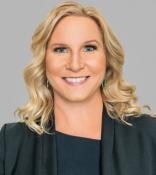 The new guy looking for the break room at Barracuda is the new CFO, Joe Billante.

Over at High Wire Networks, the guy on the breakroom quest is new Chief Revenue Officer for the Overwatch Managed Security Services division Stephan Tallent, CISSP.

There’s a new sign on CyberCNS’s office that rebrands it as ConnectSecure, and a new sign on the office door of Peter Bellini, who moved up to CEO.

The map to find the office supply closet at Boomi now goes to Steve Lucas, who joins as CEO.

There are two new guys looking for the right meeting rooms over at CloudBolt. Welcome to new Chief Customer Officer Shawn Petty and board of advisors member Howard Levenson.

Proofpoint will acquire Illusive and fold its identity threat detection and response tools into its products. Terms were not disclosed.

New Relic grew its partner links by over 25% so far in 2022, and now provides engineers observability to over 500 cloud services, open source tools, and more.

Forrester’s Public Cloud Market Outlook, 2022 to 2026, sees the public cloud market topping more than $1 trillion in global revenue by 2026. Public cloud revenue growth, however, will be influenced by competition between the largest cloud providers, regulatory and political tension, and edge computing vendors. Cloud AI and ML revenues should triple to almost $90 billion by then as Kubernetes becomes the de facto standard for IT cloud infrastructure. Development services will grow to $51 billion by 2026, and the cloud applications market, SaaS, will saturate the market by 2026 when it reaches nearly $400 billion.

Security Outcomes Report, Volume 3: Achieving Security Resilience from Cisco reports that 62% of business experienced a security event that impacted business operations in the last two years. Security resilience hit top of mind for 96% of executives, which matters because executive support and a security culture were two of the top three factors for achieving resilience. The report identified seven data-backed success factors such as leadership and company culture that have an oversized impact on resilience. Businesses in the initial stages of moving from an on-premises to a hybrid cloud environment saw a drop of resilience scores over those that were mostly on-premises or mostly cloud-based, because managing hybrid environments remains difficult.

The Ivanti State of Security Preparedness 2023 study introduced an interesting bit of cognitive dissonance. 97% of leaders and security pros reported that their organizations were as prepared or more against cybersecurity attacks as last year, but one in five wouldn’t bet a chocolate bar that they could prevent a damaging breach. One finding? The security industry still struggles with a reactive, checklist mentality, especially on how they approach patching. When all types of patches rank high on importance, none do. It doesn’t help that more than one in three leaders have clicked on a phishing link, nearly one in four use birthdays as part of their password, and executives are 5x more likely to share their password with people outside the company. Repeat: outside the company. 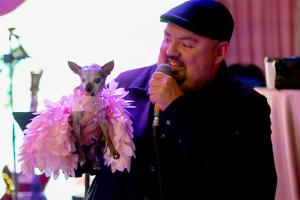 Sweet little 15. Any excuse for a party, right? Comedian Gabriel Iglesias (I’m not fat, I’m fluffy), doesn’t have a daughter of his own, but he wanted to throw a quinceanera celebration. His star for the party of over 300 guests entertained by a band, a DJ, a violinist, giant robot men, Cirque de Solei-inspired performers, dancers, a man-and-dog-duo, all eating al pastor mini trompos at the tables, bacon-wrapped hot dogs, carnitas, esquite, corn on the cob, aguas frescas, and more?

After the party, he took her to Jack in the Box for chicken nuggets. Following a party that cost around $100,000.