ICYMI: Our Channel News Roundup for the Week of December 12th 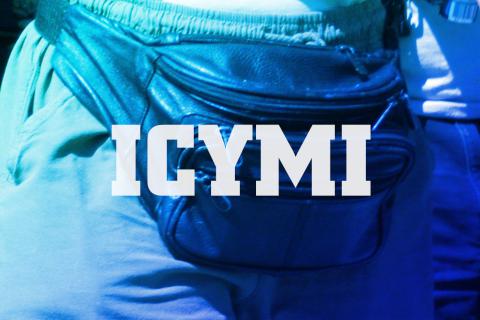 Processor innovations from AMD, managed services from Amazon, and the Spanish people’s mysterious fascination with fanny packs are all stories we didn’t get around to this week. By Rich Freeman
Tweet

Ever wonder who eats those holiday fruitcakes people are re-gifting all the time? It’s us. Yep, somehow or another they all find their way to ChannelPro headquarters and we just can’t resist diving in. The unfortunate consequence, however, is that we’re a bit too logy afterwards to cover the news. Here’s a rundown of what we were too fat and happy to write about this week.

Relax, people. Amazon Web Services may have entered the managed services market on Monday, but they’re not coming anywhere near any of your customers any time soon. The public cloud giant’s new AWS Managed Services offering explicitly targets “the Fortune 1000 and the Global 2000,” not SMBs, and while it leans heavily on automation and machine learning it still requires the efforts of “a dedicated team of Amazon employees.” Sure, you can’t rule out anything entirely when it comes to a company capable of replacing delivery people with drones, but it’s hard to imagine even Amazon achieving the kind of scale required to do all the tasks an MSP performs cost-effectively for hundreds of thousands of small businesses, versus three thousand big ones.

On the other hand, if you’re an Amazon managed services partner with a focus on the enterprise market, you might have cause for a little anxiety.

Mojo Ryzen? Back in September, four months after longtime processor kingpin Intel announced massive layoffs in connection with a strategic shift from PC computing to the cloud and Internet of Things, ChannelPro’s James Gaskin made a prescient observation.

“Intel is certainly not getting out of the PC business” he wrote. “But if management ignores the company’s declining but still lucrative PC market for too long, attention and loyalty may wander before other revenues fill the gap.”

This week we got a glimpse of some AMD products that might—and we emphasize might—steal away some of Intel’s attention and loyalty when the underdog chipmaker shared new details about forthcoming desktop and notebook processors based on its “Zen” architecture, which collectively will be known by the brand name Ryzen.

They were eye-catching too. According to AMD, Ryzen CPUs will deliver a 40 percent improvement in instructions per clock thanks to an embedded basket of “sensing, adapting, and learning technologies” it calls SenseMI that includes neural network functionality, a “Precision Boost” feature that optimizes clock speeds up to 1,000 times a second, and “Smart Prefetch” algorithms that anticipate application requirements based on past behavior and get soon-to-be-needed data ready in advance.

Intriguing stuff. So intriguing, in fact, that it all but completely overshadowed the also intriguing new server GPU accelerators AMD unveiled this week, which are carefully tailored to the needs of high-speed “machine intelligence” applications.

Make no mistake, Intel has some interesting PC initiatives of its own underway, including that “merged reality” project it’s got going with Microsoft, and its new Kaby Lake platforms are a nice step forward too. But don’t be surprised if Ryzen poses a serious and unaccustomed challenge for Intel in the desktop and notebook markets next year.

And now on to the other half of the Wintel alliance. When it wasn’t taking steps to build an ecosystem around its Cortana virtual assistant in a bid to vault past Amazon and Google in the market for home automation or boasting about how well its Surface products are selling these days, Microsoft was adding a bunch of new features to its ever-expanding Azure platform, including:

And just because Azure shouldn’t have all the fun, Microsoft tacked some new tools for reviewing student work and other enhancements onto its Class Notebook for OneNote add-in too.

Speaking of fun…Check out all these developments from the world of hardware, software, and services:

Want a little more fun? Of course you do, but you’ll have to settle for these noteworthy vendor news tidbits instead:

It’s the most wonderful time of the year. If you’re into search stats, anyhow. If you’re not, then the annual search trend compilations Google, Microsoft, and Yahoo have all published recently probably won’t do much for you. I mean, how surprised are we supposed to be that the presidential election and Donald Trump were Yahoo’s top searches of 2016, or that Trump trailed only Pokemon Go and the iPhone 7 on Google’s list?

On the other hand, if you’re looking for some search data that’s genuinely fascinating, in a somewhat mysterious way, head over to Google’s “breakout search” page and sort the results by region. Then spend a little time contemplating why there was a giant spike in “fanny pack” searches in Spain, “Hotel California” searches in Sri Lanka, and “Tarzan” searches in Moldova this year. Planet Earth is a strange and wonderful place, is it not?