ICYMI: Our Channel News Roundup for the Week of December 11th 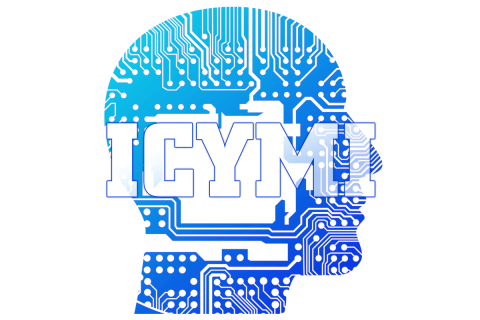 Artificial intelligence goodies from Microsoft and the latest proof that intelligence, artificial or otherwise, is hard to find among young men are two of the many stories we failed to get around to this week. By James E. Gaskin
Tweet

Just like you, we missed a few news stories as we desperately searched the web for presents. Some big things happened, too, so close your six comparison-shopping tabs and read along.

Microsoft grabbed the spotlight on Wednesday the 13th at their artificial intelligence show-and-tell type meeting in San Francisco. Smarter programs and utilities were demoed, features updated, and even Clippy got his IQ raised a point. Other companies did some good stuff this week too.

AI, AI, Oh! After winning the knowledge worker market, MS hopes to make users smarter with updates to Office 365, Bing, and Cortana. A chart titled Microsoft AI by the Numbers shows considerable resources committed to help tools better answer more nuanced questions. Will Excel ever pop up a dialog that says, “Dude, you need a database”? Probably not. But it might link to a Dan Bricklin quote about best uses for a spreadsheet. Maybe.

Some bits here on AI boosting Office 365. And getting Intelligent Search results out of the vast pool of data (that’s what trolls make?) from Reddit. Forget AI, how about Artificial Civility? Maybe the newly-available Azure Bot Service and Language Understanding will help quell the chaos.

Charge up your virtual assistant with new features in the Cortana Skills Kit for developers. Look for the exact tool you need with the new Intelligent Search features for Bing.

More MS but less AI. You’ll get more Azure for less coin with Azure Cost Management, which now supports Azure Reserved Virtual Machine Instances, plus the price reductions of up to four percent that go into effect on general-purpose Dv3 Series virtual machines in selected regions on January 5th.

VMware and Hyper-V users might like the release of Azure Site Recovery Deployment Planner. Archive360 users should check out Archive2Azure with complete support for Microsoft Azure Archive Blob Storage Tier.

News from big vendors not named Microsoft. Apple (extremely not Microsoft) released a new iMac Pro (pictured) for those who need to crank at workstation productivity levels. Intel Xeon chips with up to 18 cores offering up to 22 teraflops of graphics speed on a 27-inch Retina 5K display sound like a great fit for video editing and more.

Gamers, put down your controllers long enough to install the new Radeon Software Adrenalin Edition for graphic goodness and performance.

Google raised the number of managed service providers for the Google Cloud Platform to an even dozen.

AWS users will be happy to hear about the new Amazon CloudWatch Agent with AWS Systems Manager integration.

More products but less MS and AI. Big ideas must sometimes be printed on big paper, so Epson America announced three new wide-format printers for small biz, creatives, architects, and the like. Say hello to the Epson WorkForce WF-7210, WF-7710, and WF07720. And to seven new Pro L-Series laser large venue projectors and the ELPLX02 ultra short-throw lens. Up to 4K resolution with 15,000 lumens and from 100 to 1000-inch projection are just a few of the features.

Getting an early jump on the competition, LG says it will roll out a new line of LG gram Notebooks (pictured) at the Consumer Electronics Show in January. Two-ish pounds with Intel i7 chips and SSDs, accent is on the slim and fast side.

Not to be outdone, the Samsung Notebook 9 Pen will be available early in 2018 too. Thin, light, fast, etc.

Alexa for Business fans (Bueller? Bueller?) should try out the new Sharp B2B MFP line that integrates with the Amazon intelligent assistant. When, “Alexa, unjam the printer” works, let us know.

Those curious about the Internet of Things (everybody, right?) should peruse the new services from Avnet on display at CES and afterwards. IoT Advisory Services, Device Design and Build, Cloud and Digital, and Lifecycle are just the first of them.

More news but no products. The movers are busy at Cisco. Senior Vice President of Operations Rebecca Jacoby leaves in January 2018 but will advise etc. through May. Irving Tan takes on the new position of senior vice president of operations and digital. Chris Dedicoat will move next summer to a senior advisory role to Chairman and CEO Chuck Robbins.

No time for New Year’s Eve hangovers at Thales: January 1, 2018, marks the regrouping of all things digital under a “transverse” Digital Business Unit. David Jones, in California, will be the senior vice president in charge of it. Olivier Flous, we now know, has been vice president for digital transformation and the Digital Factory since July. Cindy Provin starts as CEO of Thales eSecurity on New Year’s Day. Faizel Lakhani became CEO of the company’s Guavus real-time big data analytics unit back in October.

TPx Communications has hired Jamie Minner to be the first vice president of its new unified communications line of business.

Asigra (the cloud backup folks) have rolled back prices for partners and end users by 50 percent as part of the new Asigra Partner Acceleration Program.

More proof that young men don’t think too good. Vrge Analytics repeated the Internet Attitudes survey from 10 years ago and discovered that (surprise!) young men are more likely than the rest of us to do dumb things. Especially men 18-29 years old, 30 percent of whom say they’d be willing to implant the internet directly into their brains, provided it were safe.

Males in this age range of the species tend to be particularly afflicted by the “Hold My Beer“ syndrome we see in the South quite a bit. Politely put, they are stupid, primarily because they are young men. One in five men of any age would accept the brain chip, but more than nine of ten men 60+ years old said no way.

Ten years ago, only seven percent of women were willing to be chipped, but now that number is up to 13 percent. Really, ladies? Don’t follow us men down this slippery slope. I mean, think pop-up ads are terrible? Imagine having the entire internet piped directly to your head. If you get caught in a pop-up blizzard, how do you reboot?