ICYMI: Our Channel News Roundup for the Week of December 10th 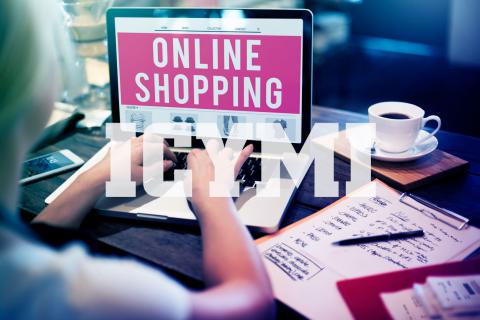 Closer ties between Symantec and Fortinet, a passel of late-year M&A transactions, and comforting evidence that you’re not the only one at the office shopping online when they should be working are among the stories we waited far too long to tell you about. By James E. Gaskin
Tweet

Getting your holiday shopping done? If not, we have a tip for you later. Those who have checked off their entire to-do list can now raise their hands. Ha ha, welcome to Procrastinators Anonymous. And that’s OK because you want to spread out the “joys” of the season as long as possible. But while we were all Googling for gift suggestions, we missed some juicy newsbits, so let’s catch up.

Avnet and its “design to deploy” hardware program took a big step forward with the acquisition of Softweb Solutions, a privately held software and artificial intelligence company delivering solutions for Internet of Things applications and systems.

Arctic Wolf Networks (SOC as a service) acquired RootSecure (security risk assessment). The combination will allow Arctic Wolf’s customers to better understand their vulnerabilities. The improved products are in the software aisle now.

Swiftpage (Act! CRM software) gobbled Kuvana (InboxGuru). After all, email is the most popular tool for managing customer relationships.

Upland Software (work management) shelled out $56 million cash, plus or minus a few financial odds and ends, to gather up Adestra Ltd. (email marketing). The new product suite, available now, will help Upland’s position in the Customer Experience Management market. 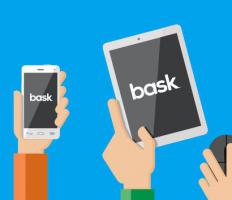 And we can’t forget . . .Comodo Cybersecurity rolled out some new managed security services to help SMBs deal with the 58 percent of all malware attacks that (according to Verizon) victimize small businesses. Look for Comodo cWatch MDR for managed detection and response support.

BlackBerry Limited (yep, but not the BlackBerry of old) rolled out a Security Credential Management System. Goal is to weave trust into the core of smart cities and intelligent transportation systems.

Remember all those GDPR headlines? Those rules are of course fully in place now, ongoing, and the TrustArc Privacy Compliance Package is here to help.

Above it all . . .Box (file sync and share) announced Box for G Suite back in July. Now the integration that allows users to create, edit, and manage Google Docs, Sheets, and Slides from within Box is in general availability. The rollout will be completed by mid-January.

Salesforce (you know) told us to “hold the date” for February 2019 when Lightning Web Components will hit the streets. Hint: a modern JavaScript programming model for building apps on the Salesforce Lightning Platform.

FileCloud (file sync and share) will now sign the business associate agreement for customers who must comply with HIPAA. 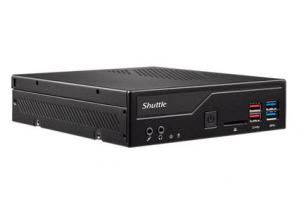 Product focused. Avaya popped the cork on a new Device as a Service (DaaS) program so its latest smart desktop devices can be purchased on a monthly subscription basis. Wait, there’s more! Avaya also launched an online store so customers can click and get products like the Contract Center as a Service and Unified Communications as a Service. Yes, it’s all available through the channel.

5G equipment will be here soon “they” kept saying. Looks like “they” were right, at least in the case of AT&T and Cradlepoint. In-office and in-vehicle 5G Evolution routers are available only on the FirstNet communications platform for first responders and AT&T network (they go wide in March 2019).

People want to do just about everything on mobile devices now. If file management is on your wish list, then check out the new WhatsUp Gold App for mobile devices from Ipswitch.

Manage documents that must be signed and kept? Of course you do. Say hello to the Winter ‘19 release of DocuSign. Update goodies include contract management, DocuSign for Salesforce, more compliance support for regulated industries, and other jazzed up features.

Seagate and Tape Ark partnered to create Seagate’s Lyve Data Services, powered by Tape Ark, so users can migrate tape-archived data to the cloud. Are there really over 1 billion (with a “b”) tapes in offsite locations?

Did you say workstations? BOXX Technologies just trumpeted its new line of APEXX S-class workstations designed for 3D design, CAD, and motion media. Intel’s 9th generation, eight-core i7 or i9 processors can be professionally overclocked to 5.1 GHz.

ARCTIC just expanded its P-Fan series of high-pressure and high-performance case fans, adding new 120 mm and 140 mm versions to a line that now includes six models in all. Be a blowhard in a good wa 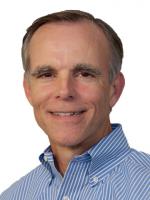 Kaspersky Lab just updated the business cards of Maxim Frolov to include his new position of managing director in North America.

Nutanix enhanced its channel charter, Power to the Partner, to enfold value-added distributors and global systems integrators, as well as adding some additional opportunities for resellers.

Sometimes you don’t need no stinkin’ badges, but sometimes you do. CompTIA has a new digital badging program you might find particularly useful to reassure prospects that you have the expertise they need.

Spiceworks updated its chat app landscape survey recently and found some interesting trends. First, email reigns, with 99 percent usage among workplace communication tools. Love it or hate it, but everybody still uses it. After that? Skype for Business is up from 38 percent in 2016 to 44 percent in 2018. Microsoft Teams was at three percent (very early on) then and is up to 21 percent now overall but 25 percent in large businesses. Slack and Google Hangouts are almost reversed images: Slack grew from 13 to 15 percent, but Hangouts dropped from 16 to 11 percent. And did you know that Facebook has a chat tool called Workplace? Apparently, one percent of you did in 2016, and that has zoomed up to, ah, one percent in 2018. Microsoft wins this game, but the announcement that Skype For Business will take a backseat to Microsoft Teams going forward may cause some consternation. Currently there are no plans from Microsoft to force Skype for Business users to migrate to Teams.

If there was a Criminal University (good old CU), then most of the students would be enrolled in cybercrime classes. The Official 2019 Annual Cybercrime Report from Cybersecurity Ventures calls cybercrime the “greatest threat to every company in the world.” Need more hyperbole? Cybercrime is also one of the “biggest problems with mankind.” Bold statements, yes, but the annual cost of cybercrime will be $6 trillion annually by 2021, up from $3 trillion in 2015. One reason? “The sharp increase in the number of organizations unprepared for a cyber attack,” according to Robert Herjavec of managed security services provider Herjavec Group and sponsor of the report. From 2017 to 2021, organizations will spend over $1 trillion to protect against cybercrime. Unfulfilled job openings to address this problem will reach 3.5 million by 2021.

The IDC Worldwide Quarterly Mobile Phone Tracker reports smartphone shipments will be down about three percent in 2018, mostly sales in China will drop 8.8 percent. While that slowdown will continue into the first quarter of 2019, continuing demand from emerging markets, plus the lure of 5G-enabled devices and new product form factors (flexible screens may finally get here) should push growth into positive territory in 2019 by at least a low single-digit. Android should keep its 85 percent market share as it remains the choice of the masses. Apple shipments will drop 2.5 percent but go back into positive territory, slightly, by 2022. And iOS phones from Apple will continue to lead the global premium market segment. 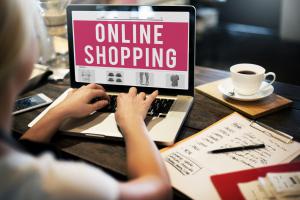 Shopping at the office. All those employees staring at that spreadsheet onscreen? What you don’t see are the open browser tabs hiding in the background, just waiting for the user to come back and spend nearly two hours a day shopping while at work. Productivity? Sure, but not in December. CNBC’s Personal Finance article reports that at least 57 percent of employed Americans confessed to shopping on the clock. Guess that means the other 42 percent crossed their fingers behind their backs when surveyed. The remaining one percent are “those” bosses.

Cyber Monday and other hot deals aren’t the only reason productivity drops in December. Dreams of escaping the cubicle, or, even worse, the “open workspace plan to enhance creative communications,” drives the majority of employees to browse travel destinations while on the clock for over an hour per day.

Advice? One quoted expert, who we shall keep nameless to avoid a barrage of ROFL tweets, suggests that employees “shut off their internet connection altogether while they complete work on a project.” Adorable! Naïve, but adorable.

Just one note, employee shoppers: you may well have to work extra in January to make up for a distracted December. Or at least keep that “fun in the sun vacation deals” page hidden.

ICYMI: Our Channel News Roundup for the Week of April 5th
END_OF_DOCUMENT_TOKEN_TO_BE_REPLACED

Jabra PanaCast Review - Get Your Huddle On
END_OF_DOCUMENT_TOKEN_TO_BE_REPLACED