ICYMI: Our Channel News Roundup for the Week of August 5th 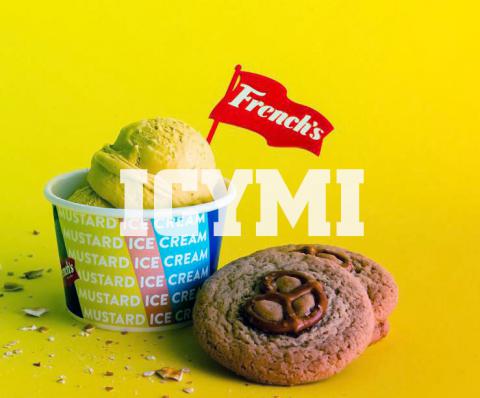 Security news a-plenty from Black Hat, chip-related news from Intel and AMD, and excellent news for people who like ice cream on their hot dogs are just a few of the topics we’re only now telling you about. By James E. Gaskin
Tweet

August may be the hottest month of the year, but it’s also the beginning of the end of summer. While kids get more frantic about school ruining their do-nothing time, parents smile that sweet smile of school starting soon. One local church is holding a “Blessing of the Backpacks.” That will certainly clue in the little darlins’ about school’s imminent resumption. 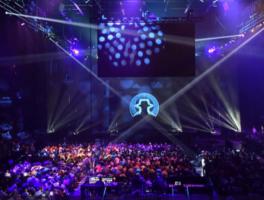 Symantec sold its enterprise security assets to Broadcom for a cool $10.7 billion.

SentinelOne applied its patented Behavioral AI to a new platform addition purpose-built for containers, including managed or unmanaged Kubernetes systems.

Sometimes ex-employees take more than staplers when they leave. Code42 Next-Gen Data Loss Protection now includes advanced dashboards and other tools to alert admins when some stolen files are in the same go-away box as Post-It Notes.

Want to be more clueless about threats? Of course not. Hence the new Mimecast Threat Intelligence dashboard that highlights end users who are most at risk, along with malware detections and malware origin by geo-location.

Here’s an update on the McAfee Security Innovation Alliance and McAfee CASB Connect Program: 13 new partners have joined up, along with six other companies with newly certified integrations.

Oh by the way, McAfee also bought NanoSec to extend its CASB capabilities to containers.

Maps tend to be helpful in stressful situations, and cybersecurity is certainly stressful. Perhaps the new Frontline Network Map from Digital Defense with graphic displays of vulnerabilities and threats will help you get to the end of the workday safely.

Would it make you feel better if you saw real-time threats as they happened? If so, check out the new CrowdStrike Falcon with CrowdScore.

Sure, vulnerabilities appear in the National Vulnerability Database (NVD). Tenable with Predictive Prioritization capabilities can show weak spots before they hit the database. Other sec-goodies include the ability to continuously discover and assess known and unknown assets across on-prem and cloud environments from a single platform.

Secureworks touted that its SaaS Red Cloak Threat Detection and Response offering is now available with a 24/7 service option. Hackers work longer than 9 to 5?

Do you work with the Feds? If so, the fact that Proofpoint’s Security Awareness Training service received Federal Risk and Authorization Management Program (FedRAMP) In Process status should be interesting.

Other launches at Black Hat 2019 included BlackBerry Intelligent Security, a cloud-based solution that leverages the power of adaptive security and AI. 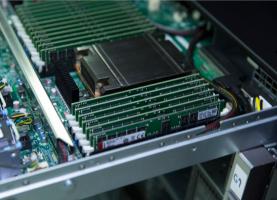 Hardware news. If you’ve ever complained that 55 processor cores just aren’t enough, get your hands on one of the new Intel Xeon Platinum 9200 processors. Along with built-in AI training acceleration, the new Xeon chip has 56 processor cores. GA in the first half of 2020.

No surprise that Intel and Lenovo work well together. Now the two companies have teamed up on a multiyear pact to focus on the convergence of high-performance computing (HPC) and AI. Work on a new ecosystem for HPC and AI convergence is underway.

The new versions of Supermicro’s H12 generation A+ Servers now include AMD EPYC 7002 processors too.

So do the latest Altus server platforms from Penguin Computing.

Samsung just pulled the curtain on its new Galaxy Note10 phones, and Microsoft was right there. Note10s are natively integrated with OneDrive and Outlook. Access to Your Phone, Word, Excel, and PowerPoint apps included.

Small devices often have large memory demands. So Toshiba now offers XFMEXPRESS, a new technology for removable PCIe NVMe memory devices. SSDs included, even though the format is 14mm x 18mm x 1.4mm. Up to 4 GB in each direction (theoretically). You might also want to get on the sample list for September shipment of the new Toshiba Memory XL-FLASH. Bridging the gap between DRAM and NAND, the XL-FLASH is classified as SCM or persistent memory.

No reason people can only use their phones to chat. The new WhatsApp for Zendesk, a WhatsApp Business API connector, allows users to communicate with more than just a smartphone.

Howdy to SmartNA-XL from Network Critical. The Hybrid TAP system offers both tapping capabilities and powerful built-in packet broker features. The fully modular chassis can be customized with more than 20 different swappable TAP modules with speed up to 40G. 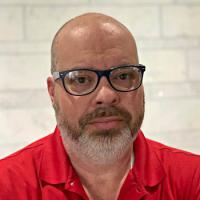 Going to need a long business card for Nancy Estrada as she moves to TPx as special delivery manager of channel partner provisioning.

And hello to Jason Stein as he takes over as head of North American channel and partnerships for Ground Labs (data discovery).

The Rackspace Partner Network has been growing 10 percent quarter over quarter and plans to keep going. How? Managed VMware Cloud on AWS is now a commissionable product, as are Rackspace Professional Services engagements.

HPE acquired the business assets of MapR, a leading platform for AI and big data. This will accelerate HPE’s Intelligent Data Platform capabilities, open more storage and consumption of data to AI and analytics from partners, and simplify AI and machine learning data management and processing.

Vonage grabbed up the assets of Over.ai for its conversational AI products for enterprise communications.

Handshakes all around! Zoom certified Poly Studio for Zoom Rooms. One touch starts a Zoom meeting from a Poly Studio.

RIoT has put Raleigh on the IoT map, partly because of its RIoT Accelerator Program (RAP) to highlight and support new IoT product companies. RIoT just announced the eight IoT startups from across the U.S. in its 2019 RAP class.

Master agent and distributor TBI singed a partnership deal with TeraGo Networks, a company with over 20 years of networking and cloud success in Canada.

Malwarebytes’ Cybercrime techniques and tactics (CTNT): Ransomware retrospective includes some valuable but disturbing security news. Good news: consumers are targeted less and less. Bad news: businesses are targeted more and more because they are higher value targets. Overall ransomware detections rose 363% between Q2 2018 and Q2 2019. Ouch. Municipalities, educational institutions, and healthcare organizations have become prime targets because they tend to lag in security spending and updates. Hello, Atlanta! And of course, the U.S. leads with 53% of all ransomware detected. 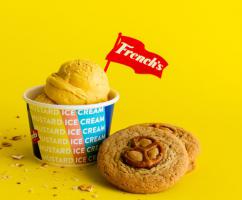 Like ice cream on your hot dogs? Good news! This may sound like a funny kid story, but you can only blame adults for this. Someone, namely Los Angeles-based Coolhaus ice cream company and French’s Mustard, thought a meeting of the minds and flavors would be a good idea.

Would this seem less yucky if you knew Saturday was National Mustard Day? We did, and it still sounds awful.

Availability will be limited to Los Angeles and New York City. Aw, shucks, we hear you, no chance to get some. But wait! French’s published an at-home recipe so you can make your own!

Dear other condiment makers: don’t get any stupid ideas. Mustard ice cream is dumb enough. We have no desire to push the gastronomical envelope with ketchup, pickle relish, mayo, or BBQ sauce ice cream.

Although we admit that including pretzels with the mustard ice cream was clever.