ICYMI: Our Channel News Roundup for the Week of August 2nd 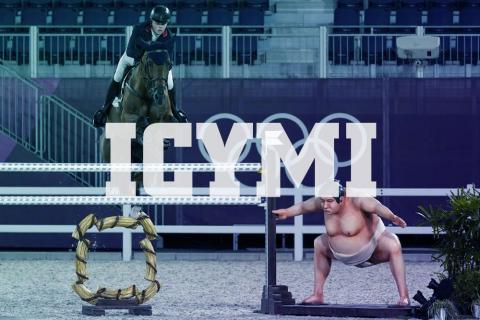 The first “Cloud PCs” from Microsoft, an XDR alliance from Exabeam, acquisitions by Ivanti and its Wavelink unit, and an Olympics equestrian course that stops horses in their tracks are a few of the many stories we have finally managed to tell you about. By James E. Gaskin
Tweet

Americans like to win, especially in games we invented, like basketball. (Hey, let's nail a peach basket to the wall the throw a ball through it!) We like to win so much, we send our best professional basketballers to the Olympics to play the best amateurs from other countries, augmented by some NBAers (go, Luka!). Surprise, surprise, we usually win. This year, the road had bumps, but in the gold medal game, it will be the United States versus France (with five NBA players). 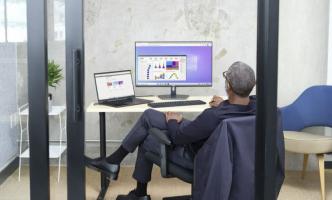 Healthcare apps need all the flexibility they can get to deal with surprises like the Delta variant, and the new Azure Healthcare APIs are ready to help. Healthcare IT is silo-crazy, and this should make dealing with a wide variety of databases using a wider variety of record types easier.

Collaborators local, remote, and hybrid can all build on each other's work with the teamup of Google Workspace and Miro's online whiteboard platform. Co-create in real time or asynchronously and set the brackets for the corporate Tic-Tac-Toe championships. 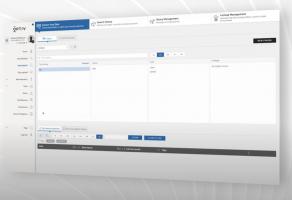 RSA's NetWitness unit announced NetWitness IoT, a SaaS-native tool that delivers visibility across an organization's infrastructure, including Internet of Things and operational technology. 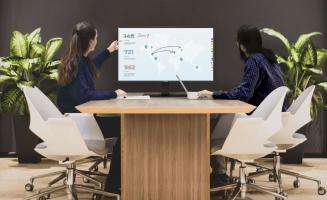 Other product news. The new Nutanix Mine with Commvault solution is designed to help customers be recovery ready with cloud-like simplicity, security, and scalability. Leverages the core Nutanix hyperconverged infrastructure platform for scale.

Take a look at, then hand-write your name on, a new ViewSonic 4320 Interactive Display (pictured). Designed for smaller collaboration spaces in hybrid workplaces and classrooms, with sizes from 24 to 98 inches.

TRENDnet has been making SMB and consumer network tools for many years, and now it’s released TRENDnet Hive, an advanced network cloud management and monitoring tool.

And while we’re on the topic of management, greetings to the next-gen Vertiv Avocent ADX Ecosystem, an IT management platform for the data center and complex hybrid network architectures.

Need to cram a few more GPUs in a chassis? If not today, you will tomorrow, so check out the newest Chenbro SR113 rackable tower server chassis for powerful multi-GPU and storage configurations. 4U dual-socket server platform with room for up to five double-width general-purpose GPU (GPGPU) cards.

LogMeIn announced a new administrative portal for its unified communications solution, GoToConnect. Better IT visibility, simplicity, and customization, they say. 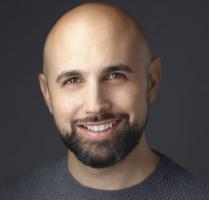 Cynet expands its North American footprint with the additions of Daniel Klein as chief business officer and Mark Eaton as VP of sales, North America.

Wish you could send hard-copy documents directly from Brother International scanners into TrueSign for easy electronic sign and share? Wish granted now that those companies have inked a new strategic partnership.

Thanks to a mid-year update to the Acronis Cyberthreats Report for 2021, we know that four out of five orgs experienced a breach originating from a hole in their third-party vendor ecosystem. Not good, when the average ransomware demand is up 33% to more than $100,000 and the average data breach cost rose to over $3.5 million. Phishing attacks rose 62% from Q1 to Q2, a bad trend since 94% of malware lately is delivered via email. 1,300 ransomware victims lost data that went public following an attack, and a 70% increase for the year is the predicted trend. Remote workers, not a surprise, continue to be a prime target. They often (66%) use work devices for personal tasks and use personal devices for work activities. Perhaps the 300% increase in brute-force attacks via RDP could be part of the problem.

The latest Data Center Capex 5-Year Forecast from Dell'Oro projects server spending will grow at a 11% CAGR in the next half decade, making up nearly half of data center capex by 2025. CPU refresh cycles are one driving trend, as Intel and AMD both released aggressive roadmaps for platform refreshes, including 2022's expected arrival of Intel Sapphire Rapids and AMD EPYC Genoa. More cores and memory channels, along with support for new interfaces like CXL, DDR5, and PCIe Gen 5 will enable denser server form-factors and new architectures. A new class of application-specific servers for AI and machine learning are coming, driving the attach rate of servers with accelerators up 13% by 2025. Throw in new trends in edge computing, like cloud gaming, autonomous driving, and industrial automation that require Multi-Access Edge Compute nodes to be installed close to the edge, and new cases will drive more market opportunities for vendors.

Proofpoint unveiled its annual Human Factor report, which looks at the three main facets of human risk: vulnerability, attacks, and privilege. After analyzing more than 2.2 billion email messages, 35 billion URLs, 200 million attachments, and 35 million cloud accounts, the report finds ransomware was everywhere. 48 million emails contained malware that could be used as an entry point. Credential phishing was the most common form of cyberattack, and attachments proved the more successful, with one in five users clicking to open an attachment. Oops. 25% of attacks used compressed executable files to hide malware. 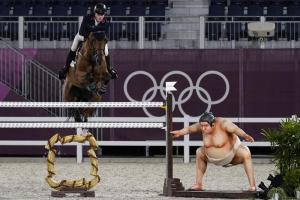 Sumo scarecrow. Olympic athletes train for their specific venue, of course, and that includes the equestrian events. Horses weigh around a thousand pounds, far more than their human riders. So, if you must surprise them, it's best not to do it just as they jump over a hurdle.

The designer of the 14-jump Olympic equestrian course didn't get that message. A life-size sumo wrestler statue, honoring one of Japan's traditional sports, was on the track. That's understandable. Unfortunately, the sumo wrestler was at obstacle #10, a big jump. Yes, they put a scary human statue right where the horses have to jump an obstacle.

Multiple horses said no way and balked during qualifying rounds, ending their medal dreams. Well, the horse may not have dreamed of a medal, but their riders certainly did, and never figured they'd have to fight a sumo wrestler to get it.

ChannelPro 5 Minute Roundup for the Week of August 8th, 2022
END_OF_DOCUMENT_TOKEN_TO_BE_REPLACED