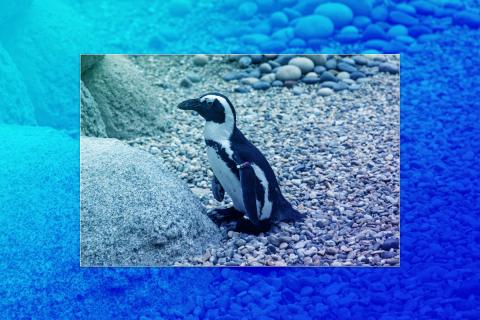 A boatload of goodies from VMware, new desktop processors from AMD, a new CRO for Barracuda, and a penguin with shoes (seriously, and they could save his life) are among the many stories we left the beach early to bring your way. By James E. Gaskin
Tweet

Many different seasons start in September. Fall (on the 22nd), high school football, major college football, the NFL (on the 8th), and hurricane season. No, that’s not a plug for a Florida college team, but a warning about massive storms in places like Florida. This season should see “above average” weather activity. 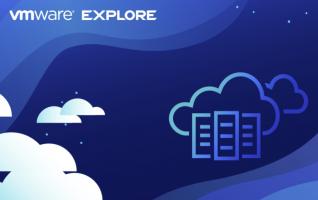 Multi-cloud organizations have have to manage those various clouds, of course, hence the new VMware Aria, powered by VMware Aria Graph, a data store designed to reduce “multi-cloud complexity across any cloud, any app, and for every persona.”

Those of you with compliance issues should check out the new Proofpoint Intelligent Compliance Platform, which includes AI-powered collection, e-discovery, and predictive analytics. 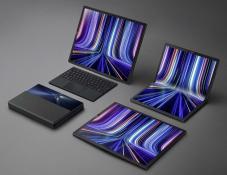 Would you like a laptop with a huge screen but in a small format? No, not a Dilbert joke, it’s the new ASUS Zenbook 17 Fold OLED (UX9702) (pictured). The 17.3-inch tablet folds down the middle to form a 12.5-inch laptop. 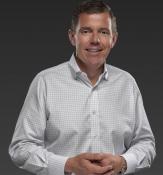 INKY partners can enjoy the benefits of automated billing reconciliation thanks to integration with Gradient MSP’s Synthesize platform.

Members of the SAP PartnerEdge program now have more ways to showcase their experience and skill sets thanks to the new Competency Framework.

Zomentum commissioned Bredin to survey 350 SMB IT decision makers for the “Inside the SMB SaaS Technology Buying Process” report, co-sponsored by Partnership Leaders. 66% view SaaS tech as essential to business success and plan to adopt or develop it aggressively. More than 50% will increase technology spending in 2023 compared to 6% who predict reduced budgets. 75% are highly satisfied with the value of cloud applications, especially those supporting remote work during the pandemic. Within six months, 66% plan to shift on-premises systems to the cloud. Critical factors when assessing new apps? Security, say 70%, followed by proven tech (61%), and vertical tailoring (49%).

The Acronis Mid-Year Cyberthreats Report 2022 confirms details on ransomware that we all long suspected. First, it’s is now considered the #1 threat to large and medium-sized businesses, including government organizations. Nearly half the reported breaches in the first half of 2022 involved stolen credentials, which enable both phishing and ransomware. Phishing and malicious emails remain the preferred infection vector, with as much as 1% of all emails containing malicious links or files. Increased attacks on Linux systems and MSPs show how gangs like Conti and Lapsus$ are shifting and continuing to inflict damage. How bad is it now? The U.S. Department of State is offering up to $15 million for information on the leadership and co-conspirators of Conti.

Barracuda’s Threat Spotlight blog post says “ditto” as ransomware spiked to more than 1.2 million attacks per month over the past 12 months. The top five key industries targeted are education (15% of all attacks), municipalities (12%), healthcare (12%), infrastructure (8%), and finance (6%). There was also a spike in attacks on MSPs. 106 of them were highly publicized, but many victims still choose not to disclose that they were targeted.

Drilling down on the attacks on Linux systems, the Trend Micro 2022 Midyear Roundup Report reported a 75% surge in ransomware attack on Linux devices. This was part of a 52% increase in threats during the first half of 2022 compared to 2021, with government, manufacturing, and healthcare targeted the most with malware. Trend Micro published advisories on 944 zero-day vulnerabilities in the first half of 2022, a 23% increase YoY, while the number of critical bug advisories published soared by 400% YoY. Threat actors seem to weaponize these flaws faster than vendors can release patch updates or customers can apply them. 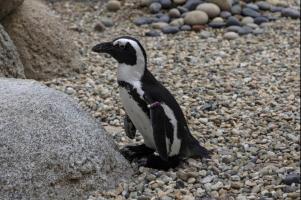 Happy feet. Lucas, an African penguin in the San Diego Zoo, had the bad luck to get a degenerative foot condition called “bumblefoot.” Somehow, we don’t think that’s the official medical term, but it causes painful lesions on his feet that can lead to infection, sepsis, and even death if left untreated. He also suffered a spinal infection as a chick that made him unable to stand properly.

All in all, a sad situation for Lucas. So how to improve things? How about a pair of special penguin shoes to help him stand and get around like the other penguins.

Enter Thera-Paw, an organization that makes artificial limbs for a variety of animals. With his new rubber and neoprene kicks, Lucas can now move around more easily.

ChannelPro 5 Minute Roundup for the Week of January 23rd, 2023
END_OF_DOCUMENT_TOKEN_TO_BE_REPLACED