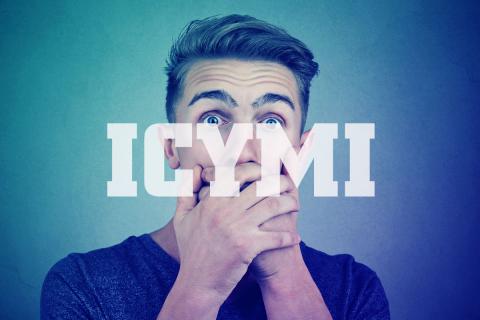 Salesforce upgrades, IoT alliances, and the terrifying prospect of an AXE body spray shortage in Texas are just a few of the stories from this week that we waited all the way until now to tell you about. By James E. Gaskin
Tweet

Labor Day (if you’re in America) is an odd holiday where you celebrate labor by not doing any, especially if you work for the government or most financial institutions. And many people celebrate by shopping, often for school supplies. That means retail clerks, the job description with the most employees in the U.S., all have to work. FYI, government: if you really want people to get excited about holidays like this, make Friday the day off. Everybody hates Monday, even if you can skip work, but everybody loves Friday.

Speaking of love, we missed some lovely news bits this short week, so here they are. 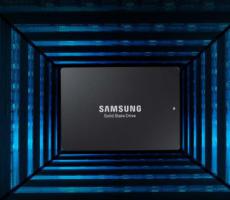 Parade of new products. The Salesforce folks have enhanced three of their sales cloud solutions: High Velocity Sales, Salesforce Billing, and Salesforce Pardot. Each provides new levels of automation and intelligence to inside sales, billing, and collaboration between the sales and marketing groups.

Proofpoint (cybersecurity) rolled out its new Closed-Loop Email Analysis and Response (CLEAR) solution. Bingo, you get better end user email reporting, analysis, and remediation if malware sneaks through your perimeter. (While they were at it, by the way, Proofpoint also integrated its Threat Response Auto-Pull (TRAP) solution with the Okta Identity Cloud.

Need more fast storage? Of course you do! So talk to Samsung about its new Samsung Data Center SSD lineup: the 860 DCT (pictured), 883 DCT, and 983 ZET give enterprise reliability to SMB and larger data centers.

Supermicro teamed up with Samsung to add a new all-flash NVMe storage server built to support Samsung’s new NFI form factor SSDs. You may remember the NFI as NGSFF and/or M.3 that are specifically designed for high capacity network storage use.

Gamer networking keeps getting better, and TP-Link’s new Archer C54ooX Tri-Band Router is one example. Anti-virus from Trend Micro is included, along with plenty of bandwidth for gaming and 4K video streaming.

The Internet of Things keeps adding more things, thanks to deals like the new one from Sprint and Ericsson. The two announced their team-up to build a distributed and virtualized core network dedicated to the IoT. Plus, they have an IoT OS for better device management.

Speaking of IoT, AT&T and Fleet Complete introduced a new asset tracking solution with up to five years of battery life.

Retrospect (backup and recovery) released Retrospect Backup 15.5. The suite will include licensing for consumer editions Retrospect Solo and Retrospect Desktop.

Parade of people and deals. Aryaka (SD-WAN) brought in Matt Carter as CEO.

RingCentral (cloud communications) extended its partnership with AT&T to provide AT&T [email protected], based on RingCentral Office, to more customers.

Toshiba did a deal with Brother to roll out the full suite of Brother Workhorse Series color and monochrome models and the portfolio of customized services through Toshiba’s network of resellers and direct sales groups.

Juniper Networks expanded its 18-year partnership with Ericsson to deliver an end-to-end 5G solution leveraging each company’s complementary portfolios. And ask about the single pane of glass management visibility.

Ready for more meetings? Check out the new MSP Security Collaborative Meetup series. Sponsors are Bitdefender, RapidFire Tools (who had a busy week), and Unitrends MSP. First meetup is in Atlanta on September 20 at SweetWater Brewing Company. Hmm, maybe better refreshment than donuts?

Students, adult learners, career changers, and others interested in learning more about the technology powering our society today have a new option: CompTIA IT Fundamentals+. The four areas of focus are infrastructure, software development, security, and data.

Private equity investment firm Thoma Bravo put ink to paper and acquired a majority interest in Apttus, a maker of quote-to-cash, contract lifecycle management, and other office solutions. The deal should close in early October.

New from Nintex, “The State of Intelligent Process Automation Study” surveyed more than 450 decision makers and 650 line of business employees at U.S.-based companies with more than 250 employees. Who’s leading digital transformation? CEOs (40 percent), CIOs/CTOs (40 percent), chief digital officers (37 percent), chief customer experience officers (22 percent), and CMOs (14 percent). Two-thirds of respondents have been doing the digital transformation tango for three years, and the other third has followed a formal plan for one year or less. The IT department in 71 percent of the companies are investing in the transformation, followed by customer service (48 percent) and finance (38 percent). Good news? 94 percent say transformation efforts are delivering valuable returns on their investments.

Proofpoint released a new report: “Protecting People: A Quarterly Analysis of Highly-Targeted Attacks.” Data pulled from April-June 2018 showed individual contributors and lower-level management accounted for about 60 percent of highly targeted attacks. Upper management were attacked in a disproportionally large share of attacks. Email fraud attacks rose 25 percent from last quarter, which is 85 percent higher than the year-ago quarter. Phishing links sent through social media shot up 30 percent. Customer-support fraud is up 400 percent from the year-ago quarter.

The Global Technology Distribution Council (GTDC) released an independent report titled, “Priming Partnerships in Changing Channels,” during its 2018 Summit this week in San Francisco. Noticed changes in distribution the last 30 years? Pick-pack-ship has become strategic problem solving across solution providers and vendor partners. Must be helping, since U.S. disti sales are up nearly $2 billion compared to the first seven months of 2017 and $3 billion compared to 2016. The PC, server, and tablet segment grew 15 percent compared to the same period last year. 400 new vendors were added to distributor portfolios in the U.S. alone over the past 24 months. 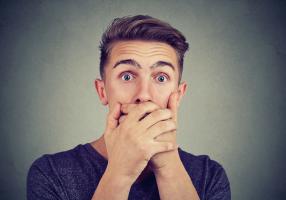 So funky it’s fire-y. Those of you around teen boys know the hormone changes that appear in middle and high school. One way to hide some of the, ah, olfactory offense of those changes is to overuse AXE products. Don’t believe that? Ask any girl holding her nose as she passes by said boys who tend to bathe in, rather than spray, AXE products.

To be fair to AXE, their users smell way better than users who do nothing. But AXE overuse is a serious problem in some places, like school classrooms.

Yes, AXE can be a little funky, but we didn’t know they were fire-y and would emulate mortar shells when overheated.

A truck carrying AXE body spray caught fire near Belton, Texas, a small town between Dallas and Austin on I-35, early in the morning of September 2. The cause of the fire is unknown, but the result was eye-catching. Hundreds of aerosol cans started launching themselves through the trailer walls and landing on nearby streets. A passerby’s video of the scene went wide on social media.

The interstate was shut down for eight hours because of the AXEplosion. If you don’t know, I-35 is the most heavily-travelled highway in the country, since it runs from the Texas border with Mexico all the way to Chicago. Crowded at the best of times, a blocked highway for eight hours was nearly unbearable. Kind of like those teen boys bathing in AXE body spray.

Diversity Focus Webinar: WANTED: (More than) a Few Good Women in IT
END_OF_DOCUMENT_TOKEN_TO_BE_REPLACED

Jabra PanaCast Review - Get Your Huddle On
END_OF_DOCUMENT_TOKEN_TO_BE_REPLACED