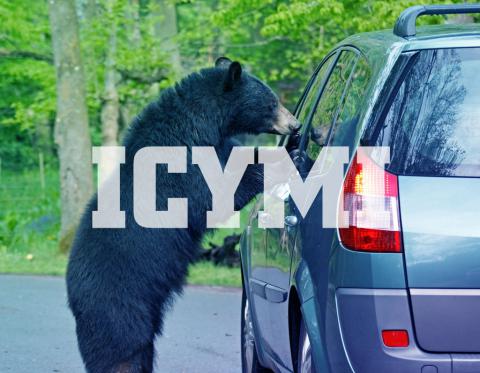 The fall (well, not officially fall, but school started, so we’ll call it fall) conference season is in full swing. Hence the news from Berlin and Las Vegas. And, of course, vendors priming the pump for the big holiday shopping season. Who doesn’t put virtual cloud services on their wish list? Wait, maybe gifts lean more toward gaming monitors and faster routers. Whatever. 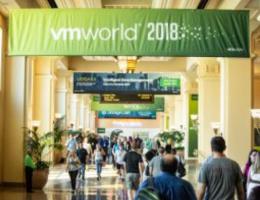 A world of VM news at VMworld. The Internet of Things world is mashing against everything else, and VMware laid out its response at VMworld (held in the virtual world of Las Vegas). Check out VMware Pulse IoT Center 2.0 and the VMware framework that moves hybrid and multi-cloud environments out to the edge to cozy up to Internet of Things devices and other tech goodness—like the Dell Technologies IoT Solution for Surveillance we told you about earlier this week.

Another rollout: new innovations for the VMware NSX networking and security portfolio. Connect and protect apps, data, and users across an end-to-end, software-based network. Or as VMware calls it, a “Virtual Cloud Network.”

If you connect, you’d better manage. Hence the updates to VMware Workspace ONE, the intelligence-driven digital workspace platform. Be in control as you fully transition to Windows 10 and add Mac, iOS, Android, and Chromebooks.

Say howdy as well to the revved up vSphere Platinum Edition, a new release of vSAN designed to further ease HCI adoption, and new updates to the VMware vRealize cloud management platform. Add some of that nice integrated application security while you’re at it.

And because all those products aren’t enough, VMware also announced its intent to acquire CloudHealth Technologies, which delivers a cloud operations platform across AWS, Microsoft Azure, and Google Cloud. 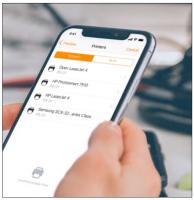 Using VMware Workspace One and want to smear ink on paper? Check out the ThinPrint Mobile Print solution (pictured), now cooperating with VMware better than ever. 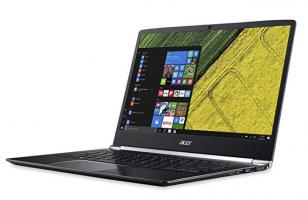 Oh yeah, physical machines made some news too. Like your power with portability? Good thing Intel announced additions to the 8th Gen Intel Core processor family. The U-series (Whiskey Lake) and Y-series (Amber Lake) chips have been optimized for connectivity in laptops and 2-in-1s.

Not leaving out the gamers, Acer also boosted (powered up?) the Predator monitor line with the Predator XB273K, a new 27-inch ultra-high definition (2840x2160) unit with NVIDIA G-SYNC. Similar specs for the also new Acer Nitro XV273K monitor with AMD Radeon FreeSync. Don’t forget the Predator Thronos gaming chair with a steel structure that supports three 27-inch monitors too. Most of these will appear in Q4.

Lenovo got in the act too with four new Yoga laptops, the new ThinkPad X1 Extreme, mess o’ Chromebooks, monitors, and more.

Like those 2-in-1s? Toshiba has a new one called the Portege X30T. Hot new chips and large SSDs make for power in way less than two pounds. 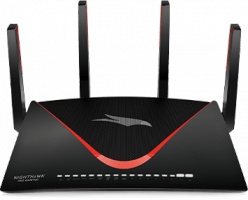 Tie it all together with some network gear. Intel chips power the new TP-Link Archer C2700, a next-level AC2600 dual-band Wi-Fi router that whips up to 1733Mpbs at 5GHz and another 800Mbps on 2.4GHz.

Everybody needs more security, right? Say hello to the NETGEAR Insight Instant VPN Business Router (BR500). Small enough to use when traveling, you can link up to three offices into one network with firewall protection.

Since you’re safer, you can relax with some music. NETGEAR also debuted its Orbi Voice Smart Speaker and WiFi Mesh Satellite with Built-in Amazon Alexa. Audio by Harman Kardon, and integration with all manner of IoT devices thanks to Alexa.

While they were at it, NETGEAR debuted it’s latest gaming router. The Nighthawk Pro Gaming XR700 WiFi Router (pictured) includes MU-MIMO and 60GHz 802.11ad WiFi tech among other gaming goodies.

Microsoft grabs the talking stick. Microsoft touts the general availability of Azure CycleCloud for creating, managing, operating, and optimizing HPC clusters of any size in Azure.

As the Azure IoT Hub gets more customers, Microsoft announced IoT Hub integration with Azure Event Grid can now be had. 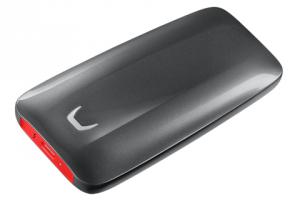 Two other leading brands, Cisco and Veeam, want the world to know they can now deliver Veeam Availability on Cisco HyperFlex. Hooray, hyper-availability. 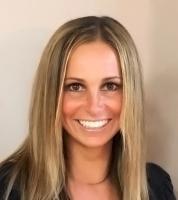 OVHcloud launched the new OVHcloud Partner Program to expand the reach of its IaaS offerings.

Ivanti (digital workplace management and security) signed, sealed, and delivered an alliance with Zapier that will enable users of Ivanti Service Manager to create integrations with Trello, GitHub, Gmail, Slack, Twitter, and many other cloud apps in minutes.

SentinelOne did its own mating dance with Sumo Logic, in a deal that will result in direct integration of Sumo Logic's continuous intelligence service with SentintelOne's EDR platform.

Intermedia (UCaaS and cloud computing) released info from its 2018 Workplace Communications Report examining the evolving work behavior of U.S. professionals. More millennials in the house, along with a growing number of “gig economy” freelance engagements, are changing employee behavior and expectations. Mobility tools give 71 percent of office workers peace of mind by providing timely updates no matter where they are, and 66 percent feel work apps allow them to be more efficient. Just over half begin their workday during their commute by checking emails and taking calls. Let’s hope they take mass transit or have their car insurance paid up. One in four respondents (of 1,040 surveyed) said they wouldn’t work for a company that didn’t offer modern communications tools like cell phones, audio and video conferencing, and instant messaging.

The Midyear Security Roundup 2018 from Trend Micro found cyberthieves are moving from ransomware to more covert methods to steal money and valuable computing resources. Your slow servers may have been cryptojacked and put to work mining bitcoins for hackers rather than crunching your spreadsheets. Cryptocurrency mining detections in the first half of 2018 are 96 percent higher than all of 2017, and 956 percent greater than 1H 2017. A 250 percent surge in TinyPOS malware may be due to the invader’s ability to breach companies that employ only one type of security protection. Trend Micro published more than 600 advisories in the first half of 2018

Auvik Networks released a report titled Managing Network Vendor Diversity: The MSP Challenge based on data from nearly 100,000 network devices across 17,000 networks. About 1,000 MSPs manage those networks, and the report found they deal with a wide variety of switch, router, firewall, and access point hardware, with up to 40 vendors in each category. Some better management news: the top nine most commonly deployed vendors across all devices—Cisco, HP, Meraki, Ubiquiti, SonicWall, Aruba, Ruckus, Dell, and NETGEAR—claim around 80 percent of the market. Standard hardware stack across your clients? Nah, that would be too easy. 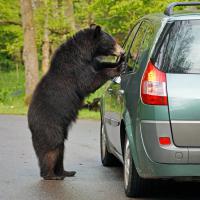 When ecommerce delivery becomes a real bear. We’ve all gotten those “sorry we missed you…” tags from UPS, but they’re usually because a vendor demanded a signature, and no one was home. Imagine the fun of seeing “bear in driveway" as the excuse for non-delivery.

This wasn’t in Alaska or rural Russia or somewhere known to be wild, but Ashville, N.C. And the note was in the mailbox, not stuck to the front door as is usually the case. The driver stayed safe in the brown truck and no doubt made a quick getaway.

“We get bears all the time,” says Marcy Lanier, the lady who did not receive her package. She didn’t seem upset. Perhaps if bears surrounded your house, getting a package a day late would seem like a pretty small problem as well. But bears are not what we normally think of as a “first world” problem.