ICYMI: Our Channel News Roundup for the Week of August 26th 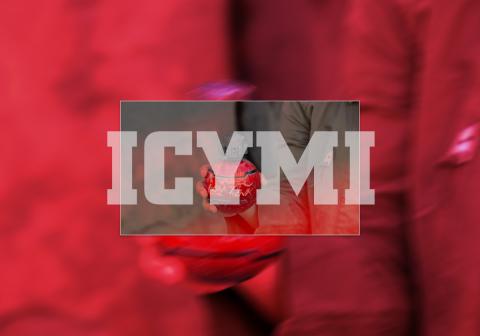 Piles of news from VMworld, FPGAs from Intel, and Star Wars souvenirs you do NOT want to take to the airport are all among the stories we’ve just now gotten around to telling you about. By James E. Gaskin
Tweet

Fall is sports weather, but your location makes a difference. In New York City, the tennis world at the U.S. Open has been won over by Coco Gauff, a 15-year-old phenom winning hearts with every winning forehand. In Florida, the sport is competitive window boarding as they prepare for Hurricane Dorian. Much less fun, but the season will be short. 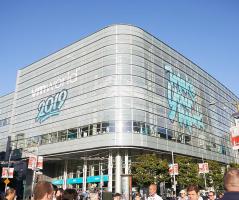 Greetings from VMworld. Far from New York and Florida in San Francisco, VMworld set some records of its own. For instance, Hewlett Packard Enterprises (HPE) expanded its partnership with VMware to offer VMware Cloud Foundation as a Service via HPE GreenLake and HPE Synergy.

What do we talk about more than clouds? Security, so let’s mash them. At VMworld, Bitdefender announced that its VMware Ready-certified GravityZone Security for Virtualized Environments is now available through the VMware Cloud Marketplace.

Cloud or on-prem, we all need more storage. Hello to Zadara Storage and its StaaS (Storage-as-a-Service), which now includes NVMe. NVMe-as-a-service prices are below current flash prices, and it comes with an embedded McAfee AV engine.

Speaking of storage, somewhere under the “as-a-service” label is hardware, such as the new enterprise-class vSAN solution named Ultra SuperServer from Supermicro. Double digit improvements over prior platforms for virtualized networks says the CEO. And check out the BigTwin server turnkey systems with 2nd Gen Intel Scalable processors.

NetApp rolled out a batch of new products for VMworld, including a new virtual desktop (VDI) solution, NetApp HCI for VDI with VMware Horizon 7. And NetApp Kubernetes Service, NetApp HCI Implementation Services for VMware Private Cloud, and the new H615C compute node from its GPU portfolio.

Application visibility and troubleshooting tools in VMware NSX environments got a boost with the new NETSCOUT vSTREAM technology. Helps that the company is an Advanced VMware Technology Alliance Partner. 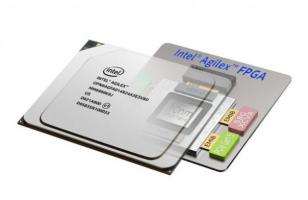 From elsewhere in productland. Early access customers have in hand what many want: the first Intel Agilex field programmable gate arrays. Uses include 5G networking, general networking, and accelerated data analytics, helped by the high-speed chips which were made by a 10nm process.

Need a new phone? Of course! Check out the new ZTE Axon 10 Pro with a 3D curved glass front display and back cover. Includes Qualcomm Snapdragon 855 octa-core processors, 8 or 12 GB of memory, 256 GB storage, and more goodies. Starts at only $549. On shelves now.

Built into the Zerto IT Resilience Platform, Zerto Analytics gives users visibility into their protected data and applications.

Who needs more power? People who need a job done, of course. Handy that CyberPower revved up its PowerPanel Business software to version 4.1.

Your eyes can only see so far, so it’s good to learn about Check Point Branch Office Security, which aims to protect enterprise branch offices with cloud-delivered security.

Comcast Business and its X1 for Business entertainment platform have a new mobile app to help customers like bars and restaurants manage multiple TVs. Makes it easier to watch tennis and Hurricane Dorian at the same time.

Have a website? Check out the new managed Website and Application Security Solution from US Signal. Filter nasty traffic and repel DDoS attacks and more. 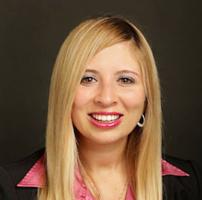 Vendor news without the products. The JS Group rolled out the red carpet for Michelle Ragusa-McBain (pictured) as its new vice president of global channel GTM strategy.

How’s this for a conference tchotchke? Registered attendees of the ConnectWise IT Nation Connect event in Orlando from Oct. 30-Nov 1 will receive a confidential, individualized benchmark report from Service Leadership comparing their business performance to peers in the top quartile of MSPs. List price $2,190!

Cradlepoint is one of just nine vendors in the NASPO ValuePoint Data Communications contract portfolio to provide its NetCloud Service platform and edge router solutions to public sector entities in all 50 states.

Those mobile computers that fit us into their pocket, which we used to call automobiles, are helping drive up the number of IoT endpoints in use by 2020. Gartner’s “Scenarios for the IoT Marketplace, 2019,“ says the enterprise and automotive IoT market will grow to 5.8 billion endpoints in 2020, a 21% increase from 2019. The 4.8 billion endpoints in use in 2019 is up 21.5% from 2018. See the trend? Utilities should have the most installed endpoints in 2020 with 1.37 billion, followed by government (700 million) and then building automation (440 million). Talking about cars may be more fun, but residential electricity smart metering will be the top use case for Greater China and Western Europe in 2020. But cars should produce the most endpoint electronics revenue along with networkable printing and photocopying.

Here’s a study you don’t need a crystal ball to divine: small and midsize businesses around the world continue to struggle with security thanks to budget constraints, lack of time, and lack of personnel. Untangle’s SMB IT Security Report surveyed more than 300 SMBs who struggle to do more with less than enterprises. 80% rank IT security as a top business priority but 29% spend less than $1,000 annually on IT security. And as SMBs grow and add locations (40% now have at least five physical locations, including remote access workers), they find, like enterprises, that branch office security management is a tough job. Doesn’t help that 48% list budget constraints (too few bucks) as the main barrier to IT security. 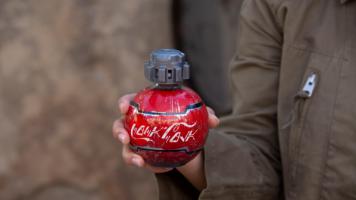 May the force be with you anywhere but the airport. Most people (though not all, apparently) understand that flight safety depends partly on passengers not bringing major explosive weapons with them on the flight. However, souvenirs are fine, right?

Not so fast, says the TSA. Visitors from one of Disney’s Star Wars: Galaxy’s Edge theme parks found out the hard way that Coca-Cola, Diet Coke, and Sprite bottles from Aurebesh (in the parks) look too much like thermal detonators to get through prescreening, even when inside checked baggage.

The TSA did say that light sabers are allowed, even in carry-on bags. Just not the airport cantinas where the scum of the galaxy, and Millennium Falcon pilots, gather.

[Added 8/31/2019:] This just in! The TSA has discovered that soft drink bottles aren't weapons! Of course, if you leave the Coke in the bottle, they will explode, and we'll have to go through this all over again.

ChannelPro 5 Minute Roundup for the Week of January 23rd, 2023
END_OF_DOCUMENT_TOKEN_TO_BE_REPLACED